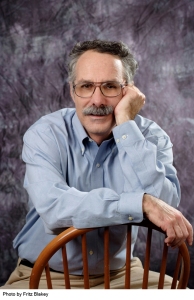 I’ve been reading and marveling at Robert J. Samuelson’s commentary on economic matters for decades. He lacks the panache of George Will, the certitude of E.J. Dionne, the passion of Charles Krauthammer, the comforting wishy-washiness of Kathleen Parker, and the partisan alliances of almost everybody. He’s just smart, articulate, observant scholar who gives his readers a sharp and objective analysis that often defies conventional wisdom. He annoys conservatives and liberals in equal measure, and I suppose is not a scintillating presence, since he is almost never on TV talking head panels.

Finally, he put his cerebral skills to work on the issue of climate change policy. Here, in part, is what he has concluded…

It’s not that the recent international conference in Paris didn’t take significant steps to check global warming. It did….The trouble is that what’s being attempted is so fundamentally difficult that even these measures may be wildly unequal to the task… Without energy, the world economy shuts down, threatening economic and social chaos. But the consequences of climate change, assuming the scientific consensus is accurate, are also grim — from rising sea levels (threatening coastal cities) to harsher droughts (reducing food supplies)…

On the existence of human-driven warming, I accept the dominant scientific view, mainly because I’m not technically qualified to dispute it. [Aside: how reasonable. If only the similarly unqualified pundits who proclaim the absolute certainty of complex research that cannot produce a model that proves accurate were similarly honest.] But I have doubted that, without major breakthroughs in energy technology, we can do much about warming. The addiction to fossil fuels will triumph.

Paris confirms that view. Rather than show how much progress we’ve made, it demonstrates how little maneuvering room we have. Consider some estimates from IHS, a consulting company. In 2012, it reports, the world generated 45 gigatons of greenhouse gases, up 50 percent since 1990. Without new policies, that total would rise to 60 gigatons by 2030, IHS projects. But the national pledges made in Paris would hold the 2030 total to 50 gigatons. That’s good news, right? Well, not exactly.

Limiting global warming to 2 degrees Celsius would require that emissions in 2030 drop to 35 gigatons, reckons IHS. So even with the Paris pledges, we’re about 40 percent above the goal. Moreover, IHS thinks that some pledged cuts won’t materialize. They are political gestures or depend on unproven technologies. There are no enforcement mechanisms.

Renewable energy — mainly wind and solar power — is supposed to rescue us. Quite likely, it won’t…In the next two years, the solar industry expects to double its installed U.S. capacity. In 2014, wind generation was up 51 percent from 2011, according to government figures. …But these achievements need to be qualified.  [W]ind supplied only 4.4 percent of U.S. electricity in 2014. Solar’s contribution was smaller, about 1 percent; for 2020, the industry’s target is 3.5 percent. Global figures are lower. The Economist magazine puts renewables’ share of world energy production at 1 percent . The fact that wind and solar are heavily subsidized in the United States, through tax breaks, suggests that recent cost reductions haven’t yet made renewables competitive with other energy sources.

Another handicap is physics: Wind and solar generate electricity only when the sun shines or the wind blows. They need backup power supplies. This hasn’t been (so far) a big problem in the United States, because we have many “base” power plants — typically fueled by coal and natural gas — that can provide backup. Developing countries are another story. Seeking to reduce their poverty, they need more bulk power, says Robert Bryce, an energy expert at the Manhattan Institute. They have favored coal.

Despite Paris, we haven’t acknowledged the difficulties of grappling with climate change, whose extent and timing are uncertain. We invent soothing fantasies to simplify matters. The notion that the world can wean itself from fossil fuels by substituting renewables is one of these. The potential isn’t large enough.

Of course, there is always nuclear energy to bridge the gap, Samuelson notes. But the advocates of radical climate change measures are also card-carrying members of the anti-nuke crowd. The fact is that there is little reason to think that we can “get there from here,” but this harsh reality doesn’t dissuade ideologues and dreamy-eyed ecology fanatics from encouraging governments to waste billions of dollars, cripple industries and eliminate jobs with well-intentioned, hopeless regulations and laws.

There is also the fact, and it is a fact, that as Samuelson notes, “the extent and timing” of climate change is uncertain.  That means, to someone rational and unpolitical like him, that devising expensive policies to address a phenomenon that has not yet been defined with sufficient precision and reliability is irresponsible. He would never state it like that; Samuelson usually doesn’t characterize policy, he just gives you his analysis and lets you decide.

I wouldn’t state it like that, either. I’d call it idiotic. The fact that Samuelson’s clear-eyed analysis is almost entirely missing from the public climate change debate, including the rhetoric of the Presidential candidates on both parties, shows that they are more interested in pandering to ignorant base voters than seeking sensible policy measures on climate change, whatever it is.