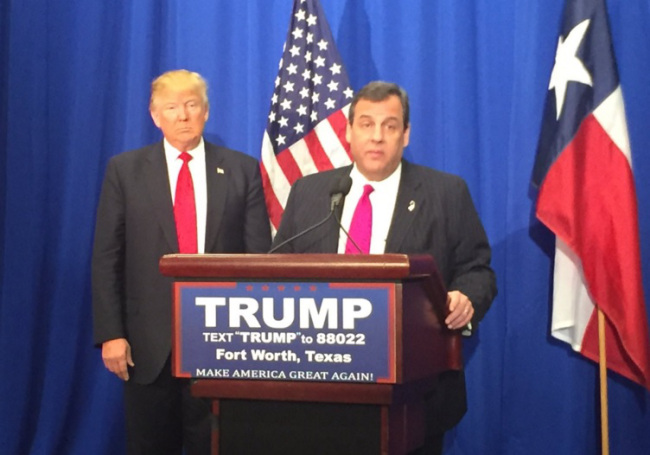 How utterly unethical and despicable of Christie, who is about twice as smart as Trump and has to realize how unfit the man is to serve.

Yesterday, I read an article wondering why Christie never took down Trump during the debates, as he was the one candidate with the proprietorial tools and personality to do so. Instead, Christie ripped up Marco Rubio, then emerging as the most viable cahllenger to Trump. Now we know why. Christie had a deal. Trump bought him off.

Christie now establishes himself as one of the true villains of American political history, willing to place his nation in the hands of an unstable, unmanned, babbling autocrat without principles, wisdom or integrity for personal gain. It is nothing less than a betrayal of the country and its citizens.

To paraphrase Sir Thomas More in “A Man for All Seasons”:

“It profits a man nothing to give his soul for the whole world … but for Donald Trump, Chris?”