Kenny, Kelsey, Natalie, Brandon, Alexis, Nathan and Joel McCaughey, the world’s first septuplets to survive infancy, graduated  from Carlisle High School in Iowa over the weekend. Alexis, who has cerebral palsy, was co-captain of the cheer squad and graduated at the top of her class. The miraculous siblings were born nine weeks premature in November 1997, weighing between two and four pounds. Their mother Bobbi rejected calls for the group to be culled by “selective abortion” while they could still be claimed to not possess a right to have a chance at life.

There is no question that Bobbi McCaughey and her children were the beneficiaries of moral luck. Her decision could have just as easily resulted in disaster; once she decided to risk the pregnancy, results were out of her hands. Nonetheless, her decision took courage, determination, self-sacrifice and love. The public and various groups also came through with much support, thank goodness… 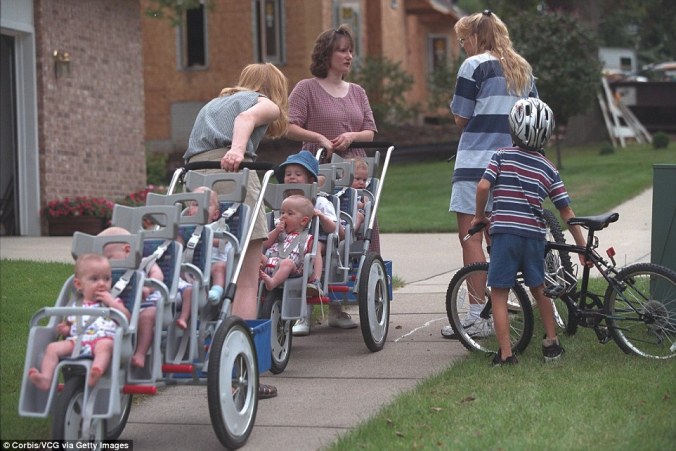 including a 5,500-square-foot home, a van, a year’s worth of Kraft’s macaroni and cheese, two year’s worth of free diapers, and scholarships for all the kids at Hannibal-LaGrange University in Missouri, which some of the McCaughey grads are finally using 18 years later.

Many, perhaps most, abortion advocates would pronounce Bobbi a fool. I wonder: which of the children, shown here with their principal, didn’t deserve the chance to be in this picture? 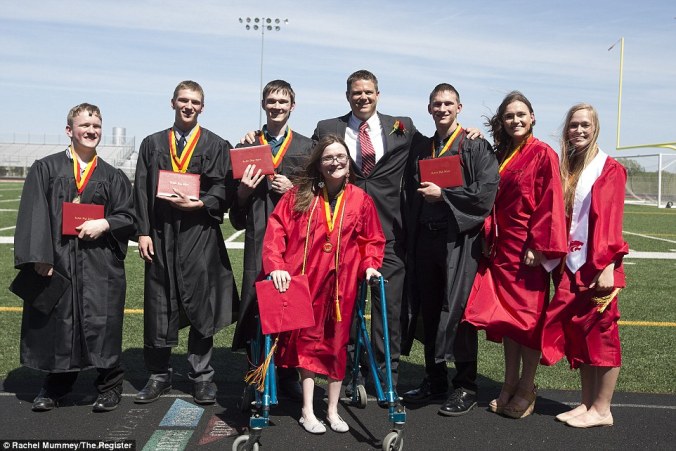