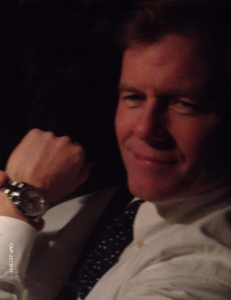 Governor Bob McDonnell, Virginia’s Republican governor from 2010 to 2014, was charged with using his office to assist businessman Jonnie R. Williams Sr., who, often with Mrs. McDonnell as a conduit, gave his family wedding receptions, loans, vacations and jewelry worth more than $175,000. I wrote about this scandal here, here, and here. The gifts were legal, thanks to absurdly lenient Virginia ethics laws, just as they were obviously unethical, except perhaps to the clueless McDonnells.

Governor McDonnell arranged meetings for Williams and attended events with him. My favorite part of the criminal trial was when McDonnell claimed that he never dreamed that Williams expected anything in exchange for all of his gifts, and then Williams said that of course he expected some favors in return. The jury found that McDonnell’s actions amounted to corruption and a quid pro quo exchange amounting to bribery. A federal appeals court upheld the conviction.

The Supreme Court’s 8-0 decision this week to vacate the conviction upholds the principle that even if someone has done something obviously bad, there has to be a law against what was done before the act occurred in order to convict him. It’s a rather narrow decision. The Court points out that the law McDonnell was convicted of breaking requires “official acts” to be bought and sold for the law to be breached, but that all McDonnell did was hand out political favors to his “friend”: setting up meetings, communicating his favor, greasing the wheels, essentially. (Much is made of the fact that Williams didn’t benefit very much from any of this, which is just moral luck. It doesn’t make what the governor did any less sleazy.)

Wrote Chief Justice Roberts in his opinion for the unanimous Court:

…The question remains whether merely setting up a meeting, hosting an event, or calling another official qualifies as a decision or action on any of those three questions or matters. It is apparent from United States v. Sun-Diamond Growers of Cal., 526 U. S. 398, that the answer is no. Something more is required: §201(a)(3) specifies that the public official must make a decision or take an action on the question or matter, or agree to do so.

For example, a decision or action to initiate a research study would qualify as an “official act.” A public official may also make a decision or take an action by using his official position to exert pressure on another official to perform an “official act,” or by using his official position to provide advice to another official, knowing or intending that such advice will form the basis for an “official act” by another official. A public official is not required to actually make a decision or take an
action on a “question, matter, cause, suit, proceeding or controversy”; it is enough that he agree to do so. Setting up a meeting, hosting an event, or calling an official (or agreeing to do so) merely to talk about a research study or to gather additional information, however, does not qualify as a decision or action on the pending question of whether to initiate the study. …

The Government’s expansive interpretation of “official act” would raise significant constitutional concerns. Conscientious public officials arrange meetings for constituents, contact other officials on their behalf, and include them in events all the time. Representative government assumes that public officials will hear from their constituents and act appropriately on their concerns. The Government’s position could cast a pall of potential prosecution over these relationships.This concern is substantial, as recognized by White House counsel from every administration from that of President Reagan to President Obama, as well as two bipartisan groups of former state attorneys general. The Government’s interpretation also raises due process and federalism concerns…

Of course, if Virginia governors hadn’t been allowed by the law to let business owners pay for, say, their daughters’ wedding receptions when they barely know the family, or buy expensive watches for governors at the request of the governors’ greedy wives, the prosecutors wouldn’t have needed to try to stretch the law to put a corrupt executive like McDonnell behind bars, where he undoubtedly deserved to be by any ethics scale. (The Virginia ethics laws have been changed and a good thing too, since McDonnell’s successor is notorious flim-flam artist and Clinton bag man Terry McAuliffe, who makes the McDonnells look like the amateur grafters  they are.)

The SCOTUS decision was the right one, though it doesn’t undermine the ethics verdict that Gov. McDonnell was unethical, greedy and corrupt beyond question. The decision does nothing to rehabilitate the ex-governor’s reputation. As I wrote..

Breaking laws and regulations, however, and showing oneself to be untrustworthy, venal, unethical and corrupt are sometimes different things entirely, and McDonnell allowing his family to be bribed by this CEO, as if McDonnell himself derives no benefit from it, is a classic example of the latter. Laws announce what is wrongful conduct, but the conduct is still wrongful whether there is law against it or not. Whether or not the various investigations of these shady financial transactions (McDonnell calls them “loans”) ultimately gets the Governor in legal trouble, the verdict is already in regarding his character.