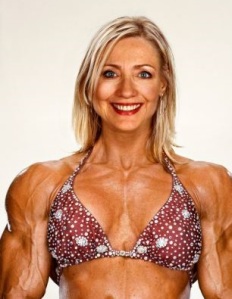 Too strong to be President?

A sure sign of an ethics train wreck candidacy (we have two of them, you know) is that even campaigning for the candidates prompts unethical behavior. This malady has bitten the President hard, for on Sunday, at a Hillary Clinton fundraiser, he made his second unethical campaign pitch in a week (here was his first), arguing that Hillary Clinton  was the victim of sexism. Here was the section to revile:

“There’s a reason why we haven’t had a woman president.We as a society still grapple with what it means to see powerful women and it still troubles us in a lot of ways, unfairly…This should not be a close election but it will be, and the reason it will be is not because of Hillary’s flaws.”

First, let us all take a moment and have a good laugh over the President’s glaringly dishonest claim that if the election is close, it won’t be because of Hillary’s “flaws.” Does anyone, including Obama, believe that? If Hillary Clinton wasn’t a chilly campaigner, an abrasive speaker, a venal master of crony politics, a compulsive liar, didn’t risk national security to avoid public scrutiny and lie about it, hadn’t been a mediocre Secretary of State involved in a failed foreign policy, didn’t aid, abet, deny and excuse her sexual predator husband, and wasn’t going to turn 69 before the election and do so in dubious health—these are all flaws, by the way—is there any question that she would be heading for a landslide victory, instead of facing very possible defeat? PBS pundit Mark Shields told a Georgetown University audience last week that Massachusetts Senator Elizabeth Warren, who is less qualified for the Presidency than Clinton by far, who supports many of Bernie Sanders’ nuttier positions and who has some political baggage of her own, would have beaten Trump in a landslide, and he’s right.

Yet, oddly, Warren seems to be a woman too….

As has been the habit of Obama’s party and supporters in the press for eight long years, the mantra from the Clinton campaign is that one cannot possibly have principled, reasonable, legitimate objections to her corrupt candidacy; the opposition must be rooted in bigotry. Division and hatred are progressive tools of the trade now, for even in his final months in office, Obama seems determined to leave a society shattered along race and gender as his most damning legacy. If you are not a Hillary supporter, it is because you are a sexist bigot who unfairly rejects “powerful women.” Well, more specifically, since  Obama was talking to a pro-Hillary audience, its “they” who are sexist bigots. Hillary’s deplorables, those lesser Americans. Now the President is “otherizing” those who don’t do his bidding. Nice.

Obama’s historical assertion that this is a major reason why we haven’t had a female President is so factually nonsensical that it qualifies as intentional disinformation, a  false statement that the speaker knows is false, designed to make his audience stupid. Who are those qualified, experienced female candidates who have lost elections because they were “strong”? I’d like some names.

Most “strong women” who haven’t beaten Clinton to the White House didn’t do so because women didn’t even have the vote until 1920. By then, men had a 130 year head start, and when everyone who has held a prominent job has been a male, it isn’t surprising that the idea that it’s a male job gets firmly embedded in people’s heads. Fear or dislike of “strong women” isn’t the problem. Activist Victoria Woodhull ran for President in 1872 on the Equal Rights ticket, but that was nearly 50 years before the Nineteenth Amendment allowed women to vote in presidential elections.  It’s fair to say the fact that she wasn’t eligible and couldn’t appear on any ballots was the reason people didn’t vote for her, not because she was a “strong woman” (and she sure was.)

Margaret  Chase Smith (December 14, 1897 – May 29, 1995) of Maine, a Republican,  was the first woman to serve in both houses of the United States Congress. As a New Englander, I remember her well, though her strongest moment in the spotlight came before I was born,  when she attacked Joe McCarthy and his followers for her 1950 speech, “Declaration of Conscience.” Smith ran for the Republican nomination in the 1964 presidential election, but she was a moderate in a party that was turning to the right (Barry Goldwater was the nominee that year), and the problem with Smith was that she didn’t seem strong enough, though like Woodhull, she was—she had to be to as the only woman in the Senate. Smith looked and sounded like the president of the PTA.

In 1972, as the Democratic Party turned left, the first African-American woman elected to Congress, Shirley Chisholm, made a serious bid for the Democratic Party’s presidential nomination. Nobody had heard of Chisolm outside of her state; she was a sincere but poor public speaker (she had a speech impediment); and she was laboring under a dual handicap of being both female and black. Most important of all, no man with Chisolm’s relative lack of relevant experience, especially executive experience, would have had a chance.

That’s pretty much the list. (Well, there’s Carly Fiorina, whom I’m sure would love to blame her failure to catch on with Republican primary voters on the fact that she’s too strong. In truth, she lost because she’s dishonest and creepy, and was fired from the only top executive position she ever held.)

As Obama knows, women have been rising in politics, many of them very strong, but most women with the ability and character to be President have, on their own volition, chosen to do other things, in other fields, making up for lost time in the culture and making society increasingly comfortable with seeing women in the positions of responsibility and authority that were practically impossible for them to achieve for so long. Despite Obama’s insulting falsehood, most Americans believe it would be a societal advance to have a female President. A New York Times/CBS News poll found broad majorities of both men and women who were pleased that the milestone of a woman nominated by a major party had been passed. They just wished someone other than Clinton was the trailblazer.

The fact that there have been just 36 female governors in our entire history (there are more than 36 male governors in office right now) is among the main reasons we haven’t had a female President. The pool still isn’t very large, and women, for a wide range of reasons, have been more inclined to run for legislatures than for mayor or governor when they’ve been inclined to run at all. You may recall that a strong female governor ran for Vice-President against Obama, and she was savaged by a liberal press that suggested that she should be taking care of her special needs son and unwed pregnant daughter rather than running for office, attacked for her governing experience when she had more than their candidate for President, Barack Obama, and  mocked as dim-bulb, which she was not and is not. She’s just intellectually lazy and more interested in fame than serious public service. I have never heard or read anyone who suggested that Sarah Palin’s problem is that he is a “strong woman.” She had so many other problems, real and concocted, that derailed her ambitions.

So once again, accusations of bigotry against others is the Democratic default tactic to avoid accountability for their own shortcomings, failures and misconduct. Democrats rigged their nomination for a female candidate who is a proven dud as a campaigner, whose resume is full of dubious or elusive achievements and whose character is untrustworthy. That Hillary Clinton is “strong” is one of her very few legitimate leadership attributes: if she wins, that will be a primary reason…well, that and the fact that she’s running against a nasty, ignorant jerk who is the least qualified major party candidate ever. If she loses, it will have nothing whatsoever to do with gender discrimination, but that will be the excuse. It will be our fault, not hers.

And if she is elected, be prepared for the gender card to be played over and over again, as it is being increasingly played the more panicked Democrats get. Did you know that the public is only concerned about Clinton’s health because she’s female? Funny, I remember some of the same journalists who are claiming this hammering away at John McCain’s age and health problems in 2008. Dwight Eisenhower’s age and heart problems was a major issue in his 1956 campaign, though in those more civil days the topic had to be handled delicately. No, for some reason, it has always mattered to the public that their Presidents and candidates to be President appear healthy and strong, whether they are men or women. Appearing too strong isn’t Clinton’s problem; appearing ill and lying about it is.

The best “I am so strong, it will blow your mind!” campaign stunt ever was when Theodore Roosevelt took a bullet to the chest from a would-be assassin and gave his speech anyway. Teddy was a little mad, of course, but still: is there any question that if Hillary did that, she’d gain support, not lose it?

15 thoughts on “Unethical Quote Of The Week: President Obama…Again”