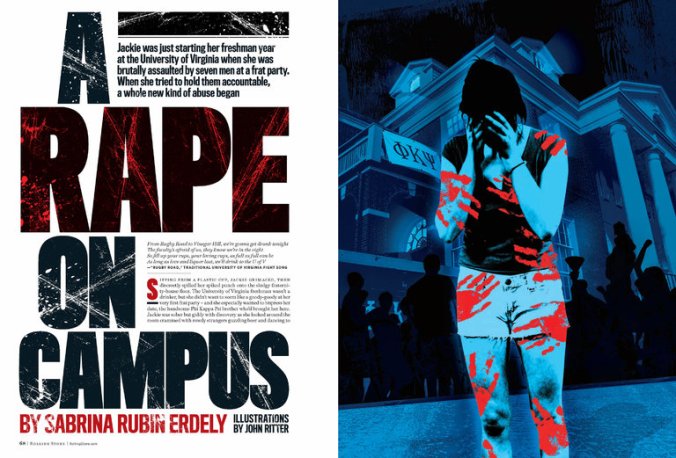 I’ve been awarding Ethics Dunces for more than a decade now, and I’m beginning to find the title too generic. For example, Jann Wenner, in this instance, is a particularly repugnant Ethics Dunce. In short, the title’s too good for him.

Wenner’s iconic baby, Sixties relic Rolling Stone magazine, is a defendant in a  $7.5 million lawsuit brought by Nicole Eramo, a former Associate Dean of Students at the University of Virginia, who claims that the 2014 Rolling Stone article “A Rape on Campus” depicted her as a villain in the shocking story, which was ultimately shown to be about a gang rape that never happened. (Ethics Alarms covered this episode extensively, an ethics train wreck, here.) Testifying in video excerpts from his deposition, Wenner said his magazine was wrong to retract the  article, despite the fact that it was based on false allegations. In his videotaped testimony Wenner claimed that much of the material in the article was accurate

How Dan Rather of him! In a classic example of agenda-driven reporting, Rolling Stone writer Sabrina Rubin Erdely accepted the tale of a never-identified student called  “Jackie” who claimed to have been brutally raped at a party that never happened, at a misidentified fraternity, primarily by one student who was falsely accused. Because of the article, the  fraternity system at the University was temporarily shut down and permanently subjected to more stringent regulations. The male student body was tarred as teeming with sexual predators. The entire thesis of the article was based on the fabricated rape account. There is no ethical justification to continue to present such an article after its diseased heart must be removed.

Wenner’s  refusal to be accountable was predictable and consistent. His magazine stalled in removing and retracting the piece, and in an interview with the New York Times, Wenner blamed “Jackie” for manipulating the magazine. As Ethics Alarms noted when the Columbia School of Journalism pronounced the article a journalistic fiasco,

He still is. “We did everything reasonable, appropriate up to the highest standards of journalism to check on this thing,”  Wenner said in his deposition. “The one thing we didn’t do was confront Jackie’s accusers — the rapists.” The one thing? From the same Ethics Alarms essay:

“One of the quotes in the original article attributed to a fraternity member was in fact a reported quote from  “Jackie,” the alleged rape victim, and was never confirmed with the supposed speaker himself. That’s pure hearsay, and there is a reason why such statements are not allowed as evidence in court: they are completely unreliable. Reporters aren’t supposed to write that “he said” something when in truth “she said he said” it. If they do, it’s a lie.”