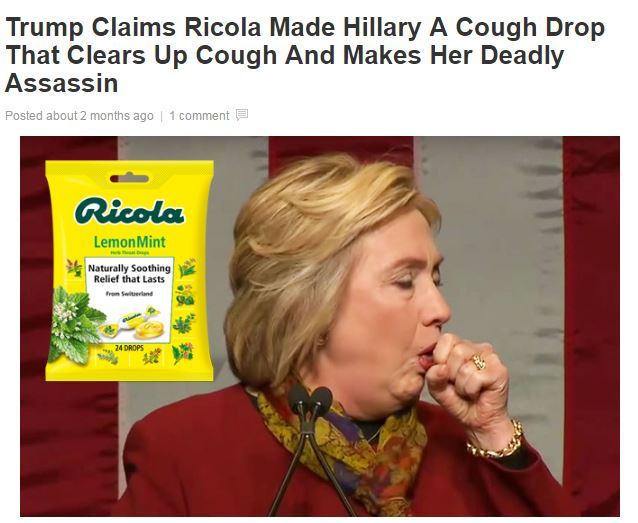 I LOVE this story! I wish it WERE true!!!

The odds are good that privatizing education will be part of the agenda for President-elect Donald J. Trump’s administration. […] You might think that most economists agree with this overall approach, because economists generally like free markets. For example, over 90 percent of the members of the University of Chicago’s panel of leading economists thought that ride-hailing services like Uber and Lyft made consumers better off by providing competition for the highly regulated taxi industry.But economists are far less optimistic about what an unfettered market can achieve in education. Only a third of economists on the Chicago panel agreed that students would be better off if they all had access to vouchers to use at any private (or public) school of their choice.

While economists are trained about the value of free markets, they are also trained to spot when markets can’t work alone and government intervention is required.

That summation, however, was misleading to the point of falsehood. As the Scott Alexander points out at his blog Slate Star Codex,  the source for the story indicated something quite different—materially different:

Got that? Scott Alexander writes:

“36% of economists agree that vouchers would improve education, compared to 19% who disagree. The rest are unsure or didn’t answer the question. The picture looks about the same when weighted by the economists’ confidence.

A more accurate way to summarize this graph is “About twice as many economists believe a voucher system would improve education as believe that it wouldn’t.”

By leaving it at “only a third of economists support vouchers”, the article implies that there is an economic consensus against the policy. Heck, it more than implies it – its title is “Free Market For Education: Economists Generally Don’t Buy It”. But its own source suggests that, of economists who have an opinion, a large majority are pro-voucher.”

My question: what is this? The news media, in the opinion of many (including me), has publicized the term “fake news” to suggest that blatant hoax stories concocted by those with malign motives have influenced U.S. public opinion, in order to duck its own responsibility for misleading public opinion by false news reporting. I have questioned in numerous posts whether one isn’t as much “fake news” as the other, earning the criticism from, among others,  Charles Green, an esteemed colleague in the ethics field, who protested that I was wrongly confounding two distinct phenomena: outright fake news intended to deceive, and flawed attempts to convey actual news to the public. I find the distinction that Charles claims as at least to some extent an illusion, based, I think, on his honest belief that misleading nesw reports are somehow more benign that outright hoaxes. I think, in the main, that the opposite is true.

The Times story is a good example. How many people will read the deceptive headline, not bother with the information in the graphic, and use the false description of the survey to throttle their voucher-supporting friends? How many readers, considering the issue and looking for guidance, will be persuaded by the Times’ propaganda by deceit? Why isn’t  a news report by the New York Times that intentionally—don’t try to tell me this wasn’t intentional—presents a news story as the opposite of what is true just as fake as the product of Macedonian teenagers who got Facebook to post that the Pope loves Donald Trump, or that a D.C. pizza joint running a child sex ring with the support of Hillary Clinton?

It should be obvious that the Times story is as fake and more persuasive. The evidence cited by the news media for the proposition that fake news affected the election is how many clicks and shares it received. Using that as evidence is itself “fake news,” isn’t it? I click on ridiculous headlines all the time. I share them, too, with notes that say to friends who presumably have a full and undamaged cerebrum, “Look at this stupid story!” Does that mean the hoax changed my vote, or theirs? How can newspapers and news media state as fact that clicks and shares show that hoaxes are powerful forces in forming public opinion, when there is no convincing proof of this at all? If the mainstream media does assert that in print without evidence, it is misinformation. What distinguishes that kind of mainstream media misinformation from the Pope story, or the pizza rumor?

It seems more plausible than the Pope story.

It is more likely to convince someone who isn’t a gullible fool.

It is misinformation put forward to support a political bias.

It issues from a credible source.

It employs real facts to deceive, which is what deceit is.

This makes the Times’ variety of misinformation far worse than the kind of fake news it is suddenly proclaiming as a danger to democracy. Again: the bias and incompetence of modern journalism is the real danger, and the focus on hoax stories, rather than incompetent and biased reporting, is a partisan effort at deflection. Of course hoaxes that slip into the news feed are a problem, but we should not allow the news media to  explode this phenomenon into greater significance to mask their own culpability.

John Avlon was on CNN this morning talking about fake news with Brian Stelter, the network’s unobjective and unethical media ethics watchdog. Stelter. head nodding, allowed Avlon to intone about how the Right, trying to deny that “fake news” was a factor in the Trump victory, was “pushing back” on the news media’s crucial examination of the “fake News” issue by trying to confound real fake news (now there’s an oxymoron!) with “reporting of facts that they don’t like.” Like the Times story, John? Calling that headline fake news is denying facts? I’m not a voucher supporter, but I’m also not a supporter of lying. The Times took a survey that showed that more economists were in favor of vouchers than opposed them, and wrote it up as if the opposite were the case. What do you call that, John? Is that not fake because it’s not objectively ridiculous? Is calling reported news that isn’t true “fake news” a sinister effort to discredit the unbiased, objective, dedicated news media that never tries to put its fist on thee scales of public opinion, John? Tell me, John, isn’t what is really happening  that your biased progressive journalist pals are making the reverse of the argument you just accused the Right of making—that their false reporting isn’t truly fake because the Left agrees with it?

John Avlon himself is like  walking, talking, posturing fake news in human form. His shtick, as revealed in multiple books and essays, is to pose as a champion of objectivity, while he uses that false persona to attack conservative positions and politicians. This is the guy who simultaneously promoted a new, non-partisan, “No Labels” movement and wrote a book labeling conservative politicians and opinion leaders as “wingnuts.” No labels, said John on CNN, because they impede debate, and by the way, he said elsewhere, anyone who doesn’t support abortion is a wingnut.

Everyone, of all political persuasions, should push back against the media’s framing of the false “fake news” narrative. It lets the news media off the hook, and that hook belongs right where it is.