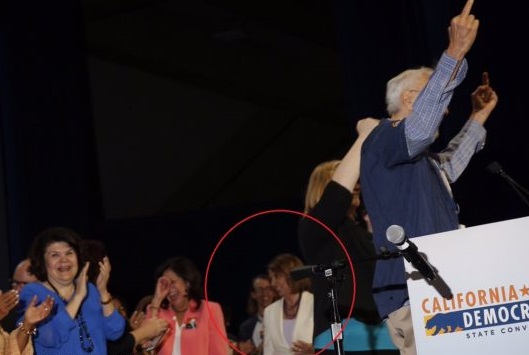 I was bemused to see a Sunday New York Times front page story described the White House as beset with “scandals.” Try as I might, I couldn’t come up with anything that qualified as a “scandal” applying the prior standards of ethical journalism, and especially if one considered the standards the news media applied to the Obama Administration. For reference purposes, the Obama White House manipulating the facts of the Benghazi raid to avoid accountability was not a scandal, it was a “nothingburger.”  The IRS, an executive agency under the authority of President Obama, deliberately and illegally sabotaging conservative groups to assist in Obama’s re-election wasn’t a scandal,  it was just “rogue employees.” Obama’s Justice Department surveilling a Fox journalist in defiance of the First Amendment wasn’t a scandal, because Fox News.

“Fast and Furious” wasn’t a scandal because the Attorney General who oversaw it said it wasn’t, and besides, the Justice Department was investigating itself, so all was well. Barack Obama repeatedly lying about what was in the health care bill that we had to pass to know what was in it wasn’t a scandal, it was just a slip of the tongue, over and over again. The same slip. Secretly trading five terrorists for a deserter whom the administration first described to the public as a soldier who “served the United States with honor and distinction” wasn’t a scandal because the mainstream media gave it a pass…and so on.

The other scandal and crisis is the complete abdication of reason, responsibility, civility and sanity by the Democratic Party as it commits to satisfying the blood lust of its most hard-core and irrational supporters, by trying to unseat the President of the United States without the inconvenience of having to win an election. The latest ugly proof that this scandal is real came from California, where the state Democratic Party convention climaxed with outgoing party Chair John Burton extending two middle fingers in the air and leading a cheering throng in the chant,  “Fuck Donald Trump,” as Nancy Pelosi laughed it up in the crowd (as you can see in the photo.)

Nice. You really want to be a member of this party of seventh-graders, or trust its  judgment on anything? Good luck. The Libertarian Party signaled that it was hopelessly sophomoric and dumb when its national convention featured a speaker who tore off his clothes and streaked the stage. Yet one of the two major parties in the largest state in the nation leading a chant of ‘Fuck the President of the United States’ is far, far worse. Admittedly, California has become something of a Galapagos Island of political culture, evolving in strange, unique and ugly ways. Nevertheless, there were national leaders of the party present during the chant. None had the integrity, nor the guts, to take over the podium and say, “Stop this now. This is a proud party of noble words, American ideals and vital principles. Don’t lower us to this. You degrade the legacies of Jefferson, Jackson, FDR, JFK, and Barack Obama.  You are disgracing us!”

I can only surmise that this didn’t happen because there are no national Democratic leaders with integrity or guts. If there are, where are they? U.S. Senator Kamala Harris, often mentioned as a potential Democratic candidate for President in 2020, accused Trump of putting “Russia first, America second.”  Even with the leeway given to political demagoguery, this is disgusting. There is, literally, no evidence to support that calumny. It echoes exactly the rhetoric of the John Birch Society in the 50’s and 60’s, and the inflammatory charges of Joe McCarthy. Did anyone predict that the party that once condemned McCarthy and the Birchers would ever embrace their words and tactics?

It is an interesting exercise to read the furious attempts by progressives, in various comments on the web, to rationalize this moment of the Democratic canary dying in the mine. One said that there was no evidence that everyone was chanting, or how long they chanted. The leader of the California Democrat Party led the chant. One wrote that Republicans created a precedent in 1964. How was that? Nelson Rockefeller, having just lost the nomination to Barry Goldwater, raised a middle finger to a heckler and was captured in the act by photographer. Yup, that’s exactly like leading a “Fuck the President” chant from the podium. But such is the degree to which hate and bias have made so many Democrats stupid, as well as uncivil and obscene. What will come next?

This scandal/crisis also merged with the other one, the news media’s recruitment as a weapon of insurrection. The AP reported this horrible scene in the most respectful way and whitewashed manner imaginable. “California’s elected Democrats had tough words for President Donald Trump,” said the AP. That’s deceit. “Fuck Donald Trump” are “tough words” like “Kill Donald Trump” are tough words. In the AP’s eyes, the state party chair leading an obscene chant was “a sign of the vigor of the party’s distaste for the President.” A sign of vigor!

It will not just be the Associated Press that helps spin this episode of signature significance. (Responsible, trustworthy parties do not encourage “Fuck the President” chants, just as they don’t feature strip teases by fat guys.) I’m looking for mainstream media coverage and op-ed criticism. None so far, not even from Fox News. Funny, I remember every outlet condemning the spontaneous outbreak of a “lock her up” chant at the Republican National Convention.