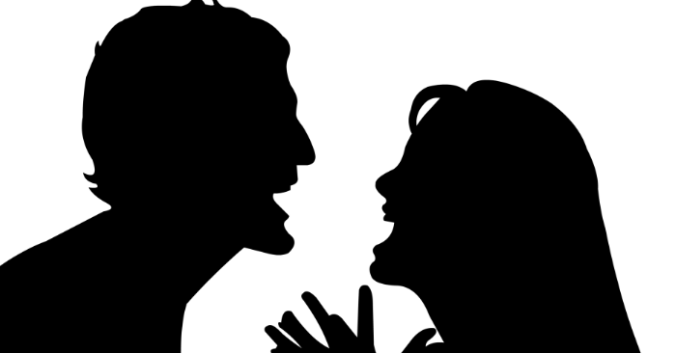 This Comment of the Day is atypical, but I want to highlight it.

It’s doesn’t really matter what the original exchange was that prompted it, or who the other commenter was. What matters to me is that a respected, smart, articulate member of the colloquy here felt denigrated and mistreated, and that her experience as a commenter was diminished as a result. There may even have been a misunderstanding  involved; right now that is not my concern either.

I allow the discourse to get very intense here at times, and I will continue to. Lines are crossed—civility, insults, epithets, outbursts, personal attacks, mockery, blatant contempt–I cross them myself on occasion. Those who thrive here are remarkable, I have found, in taking rhetorical punches to the jaw and the gut and bouncing back without rancor or reduction in passion.

Nonetheless, the Golden Rule should never be too far out of mind on an ethics site. We can all make our points without being gratuitously nasty and mean. Stinging slapdowns can be fun–I enjoy them, though I save my worst for especially annoying visitors who I don’t care to have return—but they need to be kept to a minimum. Sincere, thoughtful, honest and perceptive commenters like Mrs. Q should never feel the way this post indicates that an exchange made her feel. Ethics Alarms is designed to be challenging and contentious, but not hostile. She hasn’t commented since this was filed; I hope that she has just been busy, because Mrs. Q  has been a unique and wonderful asset since she first dropped in a few months ago.

The level of disrespect you have shown me, with the snark & unwillingness to do the research yourself, tells anyone reading that there is something inside you that is either terribly unhappy or unhealthy. I cannot in good conscience continue to deal with someone who is so vengeful. You’ve proven you’re incapable of responding in a civil manner towards me when I have not insulted you in any similar way. It’s been a pattern & if you & I were in person I’d simply walk away & pray for you.

My disability makes my time precious & my family comes before internet commenting. That you would make fun of my need to prioritize my family over responding online says so much more about you than me.

I was planning on answering your questions but your last little dig is my last straw. I’m sure you’ll say I’m weak or not answering you b/c I’m scared or stupid or a TERF or whatever disparaging term you can think of & that’s fine. I won’t be goaded into your games.

This is my last comment to you. I’m proverbially walking away from you & praying for your heart to sweeten, find grace, and patience. I believe you are a seeker & I believe one day you’ll learn how to be both more respectful and find the answers you seek.

Go ahead and insult this comment. I know for the time being you can’t help yourself. I still like you & wish you well but you can’t help but be rude to me & it’s simply time to ignore the bullies. Take care.