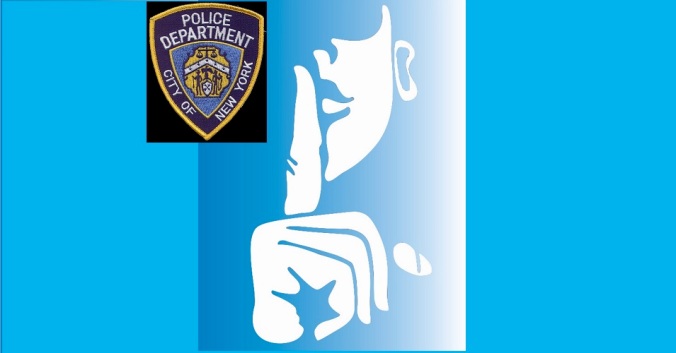 Only three states—New York, Delaware and California–have laws specifically shielding police misconduct records from the public. How can this possibly be justified?

From BuzzFeed, which was working from leaked documents:

…from 2011 to 2015 at least 319 New York Police Department employees who committed offenses serious enough to merit firing were allowed to keep their jobs. Many of the officers lied, cheated, stole, or assaulted New York City residents. At least fifty employees lied on official reports, under oath, or during an internal affairs investigation. Thirty-eight were found guilty by a police tribunal of excessive force, getting into a fight, or firing their gun unnecessarily. Fifty-seven were guilty of driving under the influence. Seventy-one were guilty of ticket-fixing. One officer, Jarrett Dill, threatened to kill someone. Another, Roberson Tunis, sexually harassed and inappropriately touched a fellow officer…At least two dozen of these employees worked in schools. Andrew Bailey was found guilty of touching a female student on the thigh and kissing her on the cheek while she was sitting in his car. In a school parking lot, while he was supposed to be on duty, Lester Robinson kissed a woman, removed his shirt, and began to remove his pants. And Juan Garcia, while off duty, illegally sold prescription medication to an undercover officer.

In every instance, the police commissioner, who has final authority in disciplinary decisions, assigned these officers to “dismissal probation,” a penalty with few practical consequences. The officer continues to do their job at their usual salary. They may get less overtime and won’t be promoted during that period, which usually lasts a year. When the year is over, so is the probation.

Wait—that’s not how they show it on “Blue Bloods!” More…

Today many continue to patrol the streets, arrest people, put them in jail, and testify in criminal prosecutions. But the people they arrest have little way to find out about the officer’s record. So they are forced to make life-changing decisions — such as whether to fight their charges in court or take a guilty plea — without knowing, for example, if the officer who arrested them is a convicted liar, information that a jury might find directly relevant….In addition to letting some officers off the hook, sources told BuzzFeed News that dismissal probation is also used to punish other officers arbitrarily, for reporting misconduct or just for getting on their supervisors’ bad sides.

How can this be? Well, the police claims that the law mandates it, and it seems to me that that is the correct interpretation. Section 50-a of the New York Civil Rights Code reads in part,

1. All personnel records used to evaluate performance toward continued employment or promotion, under the control of any police agency or department of the state or any political subdivision thereof including authorities or agencies maintaining police forces of individuals defined as police officers in section 1.20 of the criminal procedure law and such personnel records under the control of a sheriff’s department or a department of correction of individuals employed as correction officers… shall be considered confidential and not subject to inspection or review without the express written consent of such police officer, firefighter, firefighter/paramedic, correction officer or peace officer within the department of corrections and community supervision or probation department except as may be mandated by lawful court order.

Looks like public unions leveraging their money and muscle to protect bad apples. Any other theories?

In 2016, the New York police changed a 40-year-old policy of leaving disciplinary and promotion records known as “personnel orders” on clipboards in the NYPD’s press room for journalists to review. The clipboards were removed, citing the law above. Now, in the wake of the BuzzFeed story, NYPD announced that it would begin posting redacted summaries of police misconduct investigations to its website, with the names of the officers in question omitted….I guess so the public will know that some horrible cops are out there, just not who they are.

What a good plan.

Public employees work for the public, and the public has a right to have access to any indication that conduct being paid for by taxpayers is illegal, abusive, or undermines the public good. Any public employee who values his or her privacy more than their jobs and public duty is welcome to quit.

The whole BuzzFeed story is worth reading, here.

9 thoughts on “From The Ethics Alarms “Ethics Mysteries” Files: Explain To Me Again Why Public Employees Like Police Have A Right For The Public Not To Know They Should Have Been Fired…”