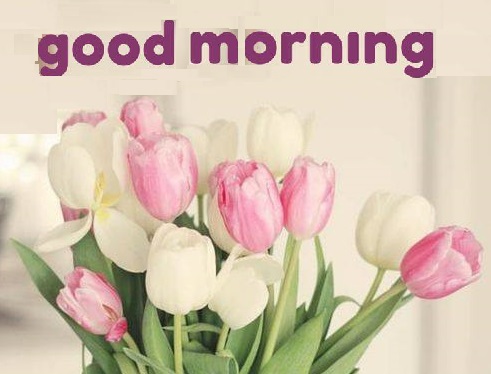 1. Of unethical, and useless, unpaid internships. There is about as a good a summary of what is wrong with unpaid internships at the UConn website as you will find. My only complaint is that the piece, by Henry Zehner, ignores my long-time objection to these positions based on my experiences with various employers who forced me to use out-of-class students in ill-defined roles. (Yes, one of them was the current Secretary of Education.) Zehner mentions that the law requires interns to do substantive work rather than low level office tasks. He doesn’t mention that only the rare intern is able to do tasks “not requiring specialized training.” My experience was that interns usually had negative effects on my time, management and productivity, as I not only had to instruct them, but also often had to re-do whatever work they completed. (Julie and LeeAnn, wherever you are, I don’t mean you.) But as for the young man who was assigned to assemble  my foundation’s annual meeting board books and explained that it took him so long because the “little slips to label the dividers kept falling into the typewriter,” the less said the better.

2. More on the art vs the artist. Last week we discussed the folly of judging art according to the character of the artist, in my post [#3 in a Warm-Up] on the op-ed. “We’ve been too forgiving of unethical artists.”

Here is an example of an artist of disgusting art being found to be disgusting: John Kricfalusi, the creator of the animated “The Ren & Stimpy Show” has been accused by a 37-year old woman of sexually abusing her 20+ years ago, apparently with her consent, but since she was under 18 at the time, such consent is legally meaningless.  So, really, is her late hit, except to gain #MeToo creds. It’s too late to prosecute the cartoonist, and he was remarkably candid about his relationships with teens while he was having them. Kricfalusi had always admitted to his disturbing taste for under-age teenage girls.

Does this old/new information mean that parents should treat “The Ren & Stimpy Show” as taboo, and that channels that feature cartoons should refuse to show it, thus robbing the show’s creator of residuals and income?

No. Kricfalusi’s art has value, if it has value, independent of his own private misconduct. “Lohengrin” is no worse or better because Wagner was a racist and an anti-Semite. The “Alice” books are wonderful, and our culture shouldn’t be robbed of them because Lewis Carroll was creepily obsessed with little girls.

Kricfalusi, for me, is an easy case. I always thought his work was sick and disturbing, and that no parent should allow any child under the age of 13 to watch it. I would feel the same if Kricfalusi was a certified saint.

3. Stay classy, Mr. Shulkin. While a particularly cynical and dishonest part of the “Get Trump” narrative is that he has unethically refused to follow established “norms”—you know, like dozens of other Presidents—one norm that has been thoroughly destroyed by the President’s detractors is the tradition of accepting an administration firing with dignity, respect and self-restraint. From James Comey to Andrew Mccabe, and now fired Veterans Administration head David Shulkin, the new and destructive norm is to leave office with bitter public recriminations, accusations and insults.

This is substantially virtue-signalling to “the resistance,” of course. Even if you richly deserved to be fired, as Comey, McCabe and Shulkin all did, attacking the Trump administration is all it takes to make you a hero. This is especially ridiculous in Shulkin’s case. The New York Times published his op-ed mere hours after he had been fired, in which Shulkin claimed he was “falsely accused of things by people who wanted me out of the way,” even though he wrote that he acted with “the utmost integrity.”

Among those who had appeared to want him fired was the New York Times, which listed him more than once among the Trump cabinet officials who were abusing taxpayer funds and engaging in unethical and illegal travel practices. Oddly,  Shulkin’s op-ed neglected to address the controversy over his travels, though a report from the VA’s inspector general found “serious dereliction” by Shulkin and senior VA officials on a Europe trip last year. The report concluded that Shulkin had spent much of the trip sightseeing and had inappropriately accepted a gift of Wimbledon tickets. Though the Times did mention this aspect of his firing in its story on his dismissal, it did not include that rather crucial information in presenting the op-ed, which was permitted to mislead readers into thinking that Shulkin had been fired for doing a good job.

4. “I learned long ago, never to wrestle with a pig. You get dirty, and besides, the pig likes it.” But which is the pig? Newish Fox News provocateur Laura Ingraham tweeted this about lionized anti-gun mouthpiece David Hogg:

“David Hogg Rejected By Four Colleges To Which He Applied and whines about it. (Dinged by UCLA with a 4.1 GPA…totally predictable given acceptance rates.)”

Ethics foul. This is a pure ad hominem attack. It is true that Hogg “opened the door,” as lawyers say, but taking shots at Hogg based on his grades and and college application success is unfair. The fact that he’s uncivil,  arrogant, ignorant, obnoxious and so far over his head in the gun debate that there are anglerfish swimming above him are legitimate points of attack. Ingraham was just being nasty.  Stick to David’s terrible arguments, Laura. That’s plenty to discredit him. [Correction note: The original post had “bun debate” rather than “gun debate.” Nobody flagged it for about 9 hours. Kudos to commenter Chris for finally doing so.]

Then Hogg, who has the bully instincts of other underaged teflon accusers through history, like the girls who sparked the Salem Witch Trials, called for a boycott by Ingraham’s advertisers.

Ethics Foul, but a popular one in today’s anti-speech progressive circles: if you can’t win an argument on the merits, find a way to silence your opposition.

So, like the spineless, principle-free, toadies they are, TripAdvisor, Expedia, Hulu, Johnson & Johnson, Wayfair, Nestlé and Nutrish dutifully pulled their ads.

Ethics Foul. Letting this nascent totalitarian dictate to adults is one of the worst ideas in the long history of bad ideas, but these companies all are pandering to the “think of the children” sentimentalists,  who think it’s mean to criticize a child in public even when the child has no business being in public, and is distorting political discourse by doing so: TripAdvisor, Expedia, Hulu, Johnson & Johnson, Wayfair, Nestlé and Nutrish.   A spokesman for TripAdvisor, for example,  said the company doesn’t “condone the inappropriate comments made by this broadcaster. In our view, these statements focused on a high school student, cross the line of decency. Translation: we have to accept as revealed truth whatever half-baked nonsense astroturfed teenaged demogogues assault us with.

No, we don’t, and shouldn’t. [Says Althouse: “Yeah, but he’s a kid so don’t criticize him!!! No, I’ve got to say he is an over-empowered inciter who’s way too eager to break things. Kids need limits.”]

If Fox News had any integrity (HAHAHAHA! Sorry, I amused myself…) , it would inform all of those companies that their ad dollars were no longer welcome on the network. Until that kind of retaliation becomes routine, free expression in the new media is threatened. Instead, and predictably, Fox News got to Laura, and told her to back down.  She was in ethics zugswang. Her initial tweet was unfair, but backing down lets the punk win with his own unethical tactics. She backed down.

Ethics Foul. Capitulating to bullying and threats makes those tactics more attractive. Her statement on Twitter;

“On reflection, in the spirit of Holy Week, I apologize for any upset or hurt my tweet caused him or any of the brave victims of Parkland.”

10. An insincere and dishonest apology designed to allow the wrongdoer to escape accountability cheaply, and to deceive his or her victims into forgiveness and trust, so they are vulnerable to future wrongdoing.

The religious reference gives Ingraham’s apology a special place in Hell: this is her own version ofvirtue-signaling. Yecchh.

Hogg could have shown some grace and taken the high ground by accepting Ingraham’s apology (HAHAHAHA! Sorry, I did it again..) but he’s far too full of himself to do that.  Instead he said he didn’t accept it. “No. She only cares about her pocketbook, and that’s just sad.”