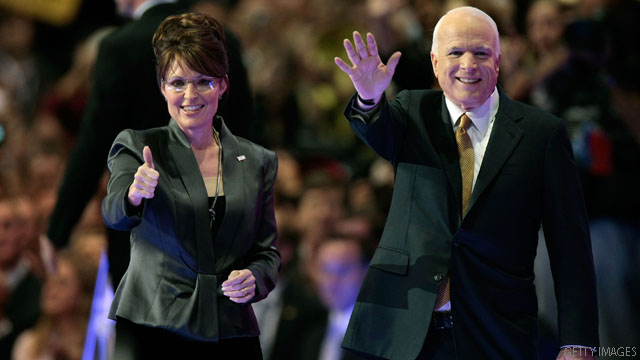 “I attribute a lot of what we’re hearing and reading regarding McCain’s statements to his ghostwriter or ghostwriters. I don’t know all the details of his condition right now. It happens to me also where people speak for me and a bell is rung, and you can’t un-ring the bell. I don’t know unless I heard it from Sen. McCain myself…In spite of everything that has erupted in these past days with his spokesperson – or perhaps he himself – saying that he regrets that they chose me to run on their ticket—despite all that, he has been my friend.”

—Sarah Palin, responding in an interview to the statement in Senator McCain’s new book that he regrets choosing her as his 2008 running mate.

As discussed in an earlier post, the ailing Senator’s slap at Palin was unfair, cruel and gratuitous. I cannot imagine a more restrained and gracious response than Palin’s, under the circumstances.

17 thoughts on “Ethical Quote Of The Month: Sarah Palin”