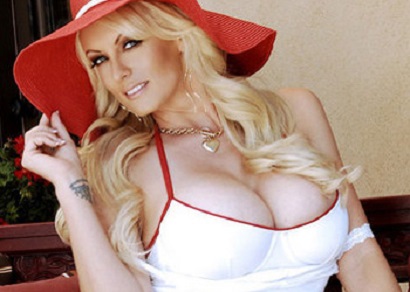 Ethics Alarms has not spent a lot of time or space discussing the Stormy Daniels scandal, and the reason is quite simple. I don’t care about Stormy Daniels,  and I don’t care what the President did or didn’t do with Stormy Daniels before he was President. What ever it was, it was not a crime, nor did it take place while he was President of the United States. As a result, the excessive coverage of this story is one more example of the press doing whatever it can to undermine and diminish this President, out of personal and partisan antipathy. The episode is embarrassing to the nation, and harmful as well, but no other President would have his pre-candidacy conduct obsessively covered like this. No talk late night talk show hosts induced any of Bill Clinton’s past conquests to dish on national TV, with the express desire of humiliating him and the First Lady. CNN’s carpet-bombing with this story is Exhibit A on how far Ted Turner’s promising baby has descended into squalor.

I assume that the porn star was paid hush money by sleazy Trump fixer Michael Cohen, with or without Trump’s knowledge, but probably with.  This is sordid, but not illegal or even unethical. It is also not unusual. I don’t want to speculate on how many Presidential candidates or their staffs have paid large  sums to women with whom they had adulterous or otherwise undignified relationships, but I’m sure, even outside of the secret sagas of Clinton and the Kennedys, it is a very large number. That Donald Trump had sexual adventures with women either physically or morally like Daniels was a certainty years ago, even before the campaign brought to light his primitive attitude towards women generally, which itself should have shocked no one. He’s had three trophy wives, and presumably cheated on all of them. He bought the Miss Universe Pageant, which is a pretty obvious tell. Donald Trump has always embodied the life-style and attitudes of a spoiled playboy.

Thus this is yet another example of the “resistance,” and its disgraced ally, the news media, trying to unseat Trump by pushing the narrative that he’s really, really, really an unsavory character, as if that matters any more. They are unable to accept that this man whom they find so repulsive was elected anyway, and think that just repeating over and over and over again how repulsive he is to them will somehow undo his election or change anyone’s mind.

I’m also certain that when he says he never had a relationship with Stormy, te President is lying. He is not, however, lying under oath (like Bill Clinton did) in court, and he is not lying about what was falsely called a “personal private relationship” when it was in fact an abusive, exploitative and illegal workplace relationship, like Bill Clinton’s. This was a personal, private relationship. Yes, a President lying to the American people is serious, but those who are most eager to use the Stormy Daniels scandal against Trump are the exact same people who waved off Bill Clinton’s perjury on a similar topic with “Everybody lies about sex.”  They inflicted that outrageous rationalization on the culture, and yes, I want to see them suffer for it. They own it, it’s theirs, and it should cling to them like a barnacle. Their cynicism and hypocrisy is unbearable, and they should not be allowed to suddenly grandstand with a new standard now.

It is also unconscionable for the Mueller investigation to bring this self-promoting wannabe sex performer’s venal grab for fifteen minutes of fame into its work. At least the Starr investigation had a crime to justify exposing the Monica relationship, and it was a crime that took place while Clinton was President. Even if Trump’s fixer’s payment to Stormy—who herself may have been engaging in extortion—was an election law violation, it was almost certainly a civil rather than a criminal breach, and one that took place before the election. The remedy for such violations is a fine. Yes, I know: the idea is to trap the President in an obstruction of justice violation regarding a non-crime. Even though about 50% of the public has been brainwashed into thinking this is grounds for impeachment, another 50%, including me, will regard that strategy as an attempted coup. I would advise Democrats not to tempt fate.

Get back to me when this tabloid story involves substantive Presidential conduct. Until then, I have more important matters to care about.

125 thoughts on “Regarding The Stormy Daniels Affair”