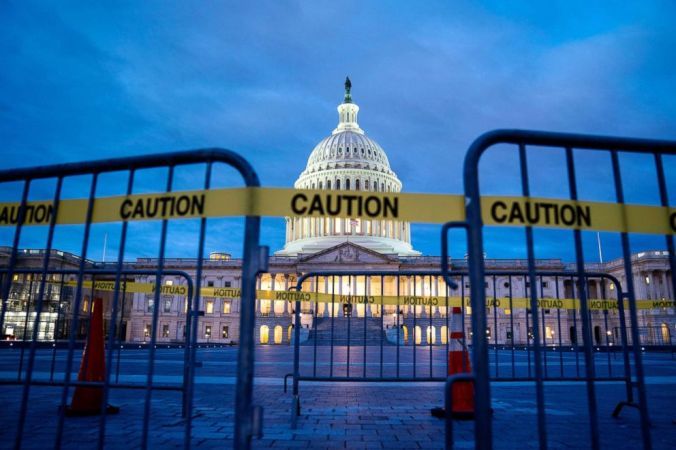 1. The Comment Of The Day That Wasn’t. An aspiring troll calling himself “Alan P Siegfried, PharmD” attempted to post a debut comment on “Prophesy Confirmed: SNL And Our Nation Of Assholes,” which concerned Saturday Night Live mocking the war wounds of then candidate, now Congressman Dan Crenshaw as part of a campaign of ad hominem attacks on Republican. I considered making the post a Comment of the Day, as I have in the past with especially amusing rants, but it’s not that funny. I am going to reproduce it here, though, first, to provide another example of the kind of approach that the Comment Policies explicitly warn against. You don’t get leave to comment here by insulting me or condescending to your host, much as I am in thrall to the wisdom of pharmacists. I don’t know how someone can think that it is ethical to enter a house and immediately to start vomiting on the furniture, but commenters who do think that aren’t going to be tolerated. I also thought the attempted comment would be instructive on the question of why the current imbalance between commenters on the Left and Right here or late. Recent progressives have been arriving sneering and spitting; new moderate and conservative oriented readers have been acceptably civil. Why is that, I wonder? Here is the post, and my comments follow intermittently:

How many adults did you see ‘roll with laughter?’

This is called “a bad start.” I wrote that the mockery of Crenshaw by snickering Pete Davidson had the SNL barking progressive seals roaring with laughter, which it did. The first line also was signature significance, apparently suggesting that the vicious disrespect of a wounded veteran was mitigated if the laughter was muted. “Ah!” I say, when a comment begins like this. “An idiot!”

Or is that conjecture from a big city gal who dine went and lost touch with reality??

Vets are special, dignified, upstanding folks. That, however, does NOT make them immune to jokes, like this dude hasn’t heard eye patch jokes yet? Come on.

See “Ah!” comment above. The commenter believes that if an individual has been treated badly and unethically in the same way previously, then such conduct is magically OK.

And the next week he and Pete were on the damned show together, so YES, he CAN take a personal joke from an SNL MEMBER, unlike the writer, (author seems too dignified). They joked and made sure each other were understood and things were on level footing.

Crenshaw turned the episode into a political victory and allowed SNL to extract itself from what was overwhelmingly condemned by all sides. He had previously made it clear in his public statements that he regarded the mockery for his disfigurement unfunny and wrong.

Do you have a disability? Personally? Because a lot of times, when people are healthy and accept their circumstance, they are happier, able to roll and deal emotionally with obvious teasing or jeering, and then, in the back of their mind, a MARINE knows he can whip 95% of the peoples asses in the United States. He is not saddened by this exchange. I assure you. Also, ALSO, BUG ONE HERE, How many people ACTUALLY approve of this treatment toward vets, troops, servicemen and women… very few if any. How many ppl thought it was funny. A ton. How many average folks, ‘being corrupted by this SNL MEDIA ATTACKING OUR BRAIN HOLES,’would even entertain saying anything LIKE a derogatory statement to a brave, battle-heartened vet, now trying to make things right in DC? Very. Very. Few.

If you can figure out what this paragraph means, let me know. On second thought, don’t bother. I don’t care. However, I count at least three rationalizations in there.

Who are you writing for? Who is your audience? You trying to convince conservatives to find the mistake in their ways? I seriously doubt it.

Oooh, I got this one! I’m writing for people like you, Alan, who never learned how to apply ethics problem solving skills or learn how to analyze an ethics issue. Unfortunately, you appear beyond helping.

Don’t be a child. Make a good case, be a decent, even GOOD, human, and quit writing garbage that tilts the world toward disorder, misinformation, and Ruffin chaos.

Because pointing out that it is unethical to use personal  appearances and disabilities as a way to attack those you disagree with tilts “the world toward disorder.”

Alan has since posted two more equally obnoxious screeds that will never get out of moderation. “Hello! I want to post on your blog and by the way, you write garbage!” is not an effective greeting here. I’m funny that way.

2. Trump’s letter’s aftermath. The smart and ethical way to react when an  adversary completely outmaneuvers you is to smile, concede momentary defeat, and say, “Well played. I walked right into that one.” Yet this morning I watched Rep. Adam Schiff say that this was one more example of the President acting like a fifth grader. Could the public possibly be as stupid and House Democrats seem to think? The cancellation of the Democrat’s junket flight, unlike Pelosi’s transparently and gratuitous insulting disinvitation of the President to give the State of the Union Message, at least had some genuine logic behind it: if ending the Border Wall-Budget impasse is indeed high priority, it is irresponsible for the Speaker to take off for an extended trip. It was also instructive to watch the news media try to spin this for Pelosi. Robin Meade, on HLN, noted that the President flew to Iraq to thank the troops shortly after the shutdown. At the time, however Meade’s bosses a CNN were already attacking him for NOT visiting the troops, and the fact is that overseeing the military is in his job description, not Pelosi’s. The Speaker has no role to play in international relations and the military at all.

The hilarious aspect of this is that Pelosi’s letter was not a power move at all, just a further effort to denigrate the President. She has no power to prevent the State of the Union Message. Trump’s letter, in contrast was very much a power move. He can block House junkets, he can do a lot of things, and most important of all, he has the audacity to do them.

Again, the key questions are how dumb do the media and Democrats think the public is, and how dumb is it?

3. Hatred of the President takes many ugly forms. In New York, Off Broadway, they are presenting “The Pussy Grabber Plays,” a program of eight short works based on the accusations of the women who  publicly accused Donald Trump of sexual harassment or assault during the 2016 campaign, after Trump’s infamous “Access Hollywood” went public. The Times drama critic says the plays  “collectively form an act of vehement feminist protest.” Wrong. They collectively form an act of vicious libel and slander that comes very close to meeting the Supreme Court standard for when defamation of a public figure crosses the line into both falsehood and malice. Writes the female Times critic, “To most of us, the events in these plays were stories in the headlines. To these people, though, this was life.”  Yeah? Prove it. During the Kavanaugh hearing, dozens of women tried to register unproven and unprovable claims that the judge had assaulted or harassed them, including two whose names were made public and whose claims were definitively debunked. The one “credible” accuser still was unable to prove her case sufficiently to overcome a presumption of innocence, yet the “resistance,” which thrives in show business circles (and the Times, of course), still denies that the presumption of innocence should exist when men, and especially conservative men, and particularly the President, are being accused by women.

“The Pussy Grabber Plays” are available for local productions at no fee. It’s all about art, of course.

4. Paralyzed by partisan bullying and political correctness… and it serves them right. It really looks like the Oscars won’t have an MC this year. The last time that was tried, in 1989, the resulting show was so meandering and unprofessional that many actors formally complained to the Academy of Motion Picture Arts and Scientists. Awards shows need hosts, but after Kevin Hart was chosen and immediately subjected to a Hader Gotcha!, no qualified performer is willing to risk being destroyed by various victim and minority groups looking for a scalp to collect. (Ooops! A reference insensitive to native Americans! And I was just going to call the Oscars and volunteer!) There just aren’t as many established female comedians as the male variety—I’m sure that’s pure discrimination—to stand in the shoes of Johnny Carson and Bob Hope–and all someone needs to do to crush an actress who assumes the role is to show that she accepted favors from Harvey Weinstein, or knew his habits but didn’t warn young actresses to stay away. A male host? Forget about it. Some previously unknown starlet seeking a moment in the spotlight will claim he kissed her, or fondled her, or watched smiling as another man kissed her or fondled her, even if she enjoyed it at the time. Or he sent a dumb tweet with a joke about gays, women, the handicapped, blacks, Hillary, trans individuals, illegal immigrants or Barack Obama.

What the mess really shows is how weenie-fied Hollywood is, but then, showing guts is now considered “toxic masculinity.” Why doesn’t one talented comic say, “Hell, I’ll do it. Take your best shot. The industry deserves a professional awards show.” My candidate would be late night talk show host James Corden, who is clever, sweet, apolitical, seemingly asexual (though married), and who was terrific as Peter in “Peter Rabbit.”