(Be honest: how many of you once thought this song was sung by The Beatles?)

Has Smollett wrapped up “Asshole of the Year”? Only in the Hollywood Division, would be my guess, but the year is young.

Now he’s being criticized by conservatives for trying to send his embarrassing embrace of Smollett’s facially absurd story “down the memory hole.” I don’t blame anyone for deleting stupid social media posts, especially public figures. Why give your enemies a graphic club to bash you with…forever? Of course, a public statement that he was wrong, rash and inflammatory would be appropriate, but this is Adam Schiff we’re talking about. Watch him spin when the Mueller report turns out to be a dud.

As Jussie Smollett’s account of his alleged assault falls apart, it is important to note that politicians, the media and influential voices did their best to fan the flames of outrage, based on nothing but the dark premise that conservatives and Trump supporters are evil….It was a flimsy yarn from the outset, which only became more precarious with each passing day. That didn’t stop those most deeply invested in the narrative of Evil Trump to jump into action.

Presidential hopefuls Cory Booker and Kamala Harris each labeled the supposed attack a “modern-day lynching,” with Harris adding that, “We must confront this hate.” Kirsten Gillibrand tweeted, “This is a sickening and outrageous attack, and horribly, it’s the latest of too many hate crimes against LGBTQ people and people of color. We are all responsible for condemning this behavior and every person who enables or normalizes it …” Joe Biden tweeted, “What happened today to @JussieSmollett must never be tolerated in this country. We must stand up and demand that we no longer give this hate safe harbor; that homophobia and racism have no place on our streets or in our hearts. We are with you, Jussie.”…freshman congressman, Rashida Tlaib, tweeted, “The dangerous lies spewing from the right wing is killing & hurting our people.”

… Hollywood notables also reacted as expected. Director Rob Reiner tweeted, “The horrific attack on Jussie Smollett has no place in a decent human loving society. Homophobia existed before Trump, but there is no question that since he has injected his hatred into the American bloodstream, we are less decent, less human, & less loving. No intolerance! No DT!”

The media has comported itself badly as well. Almost immediately after getting the Covington Catholic story so wrong, many in the news industry immediately accepted the Smollett story as true…. a Washington Post writer named Nana Efua Mumford wrote this: “If Smollett’s story is found to be untrue … The incident would be touted as proof that there is a leftist conspiracy to cast Trump supporters as violent, murderous racists. It would be the very embodiment of ‘fake news.’ And that reason, more than any other, is why I need this story to be true.”

In other words, Trump supporters are violent, murderous racists. That dark premise is a lie, fake news and untrue. Let us hope one half of the country can correct their horrifically jaded view of the other half before we lose ourselves.

Now the focus is on wielding the “Conservatives pounce” trope, shifting the emphasis of the story from the lie to the “I told you so” reaction to the lie by those nasty conservatives.

2. A reminder of why no rational person should trust Snopes’ “factchecks”: The untrustworthy site “factchecked” an obvious gag story by the conservative satire site the Babylon Bee. “Was ‘Empire’ Actor Jussie Smollett Offered a Job at CNN?” Snopes asked and answered. Admittedly, CNN has hired other unbelievable miscreants, but this is like factchecking Saturday Night Live or The Onion.

I wonder why Snopes didn’t factcheck this Bee story? 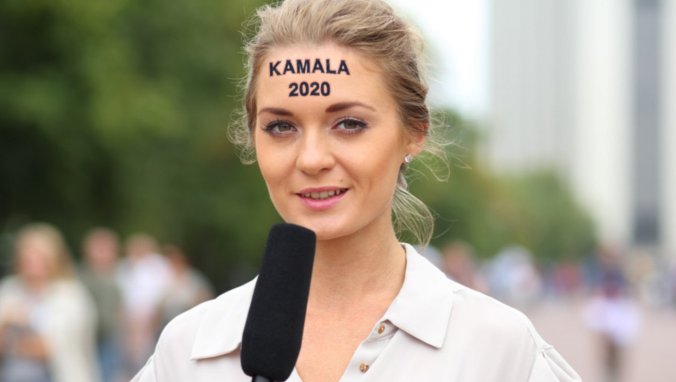 3. Stay classy, Tucker. Tucker Carlson reacted to a guest who accused him of being “a millionaire funded by billionaires” and a mouthpiece for Fox News by saying,

“Moron! I want to say to you, why don’t you go fuck yourself ― you tiny brain. And I hope this gets picked up because you’re a moron,” the host yells. “I tried to give you a hearing, but you were too fucking annoying.”

To be fair, at the point he began shouting obscenities Carlson knew the interview would be spiked and never be aired. Nonetheless, this is obviously unprofessional conduct, as well as incompetent.

In the 116th Congress, if you’re a Democrat, you’re either a socialist, a baby killer or an anti-Semite. That, at least, is what Republicans want voters to think, as they seek to demonize Democrats well in advance of the 2020 elections by painting them as left-wing crazies who will destroy the American economy, murder newborn babies and turn a blind eye to bigotry against Jews.

No left-wing bias there! Oddly, almost all of the Democratic Presidential candidates signed on to the extremely socialist—and crazy—Green New Deal; the party is making “Medicare For All” and universal free college tuition (form the agenda of Socialist Bernie Sanders) a mainstream demand…Virginia Democrats pushed for a  bill that the Governor said would allow post-birth abortions…and two Muslim freshman House Democrats,  Rashida Tlaib and Ilhan Omar, have made repeated and overtly anti-Semitic statements without any tangible consequences. However, I’ve been reading the Times at home for four years, and never recall any similar  story about how Democrats were demonizing Republicans by labeling them as Nazis, racists, xenophobes, and sexists. 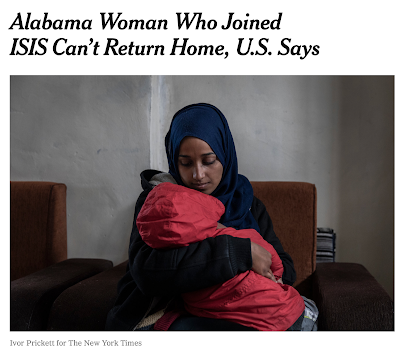 Awww! She’s a mother!  How mean we are! She only tried to kill Americans, but now she’s sorry! [Pointer: Althouse]

In the days after Superstorm Sandy soaked the East Coast, New York City Department of Transportation workers cataloged the damage to the agency’s fleet of vehicles. That information was handed over to the Federal Emergency Management Agency, which would give the city enough money to replace the damaged vehicles with new ones.

Only one problem: Many of those vehicles were damaged before Sandy hit. Some hadn’t been operational in years and had been marked for salvage long before the storm.

The city has agreed to reimburse the federal government $5.3 million for its false claims, according to the settlement proposed Wednesday.

City officials who certified that the vehicles were damaged during Sandy either knew they were making false statements or did so “with reckless disregard or willful blindness as to their truth,” U.S. Attorney for the Southern District of New York Geoffrey Berman said in a complaint accompanying the proposed settlement.

6. Network TV humor in 2019: This “joke” by Stephen Colbert was selected by the NYT for its “Best of Late Night” summary:

“I just want to remind you that that mildly nauseous feeling you have is because for the last two years, Donald Trump has been spinning you in a tumble-dryer full of turd.”

HiLARious! Where do you find writers who can come up with brilliant stuff like that?

A late night comic who made an equivalent comment like that about any other President would have been suspended or fired. It’s not witty; it’s not clever; it’s just ugly hate-mongering and gratuitous disrespect for the nation’s leader. In truth, the “tumble dryer” has been stocked and operated by Colbert and “the resistance.”