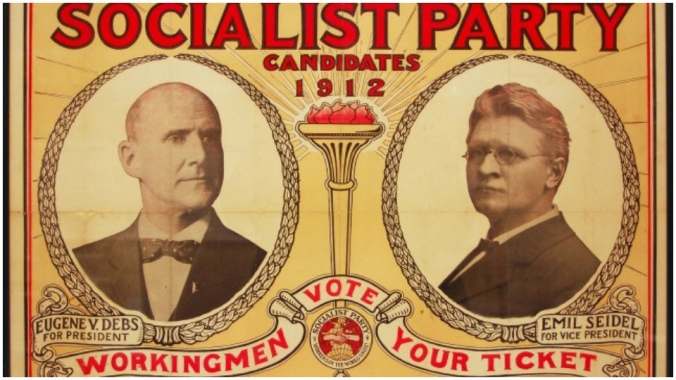 Rep. Liz Cheney, the third-ranking Republican in the House, told NBC’s “Meet The Press” last week that Democrats have become the party of “Anti-Semitism,, infanticide, socialism.” This wasn’t quite as inflammatory as when Samuel Burchard, speaking at a GOP pro-James G. Blaine campaign event during the 1884 race against Democratic candidate Grover Cleveland, denounced the Democrats as the party of “rum, Romanism, and rebellion,” but you wouldn’t know it from the howls coming from progressives, because, as we all know, the truth hurts. Well, that’s not quite fair: Cheney was engaging in hyperbole and being intentionally inflammatory, but she wasn’t entirely wrong.

Let’s look at the “infanticide” accusation. Obviously Democrats don’t favor killing babies as a general proposition, but Virginia’s  Democratic governor and renowned Michael Jackson impressionist described exactly how he would make an abortion-survivor “comfortable” before making the newborn dead. (Many states have laws that allowed condemned men to go free if they survived an attempted execution. Seems fair…)

Democrats in the Senate—all but a handfull—blocked a GOP bill requiring doctors to use all means available to save the life of a child born alive after an attempted abortion. They must, it said, “exercise the same degree of professional skill, care, and diligence to preserve the life and health of the child” as they would for “any other child born alive at the same gestational age.”

Senator Ben Sasse, the Nebraska Republican who authored the bill, had called it an “infanticide ban.” Rationalizing like mad, Democrats said that the bill was aimed at discouraging doctors from performing legal abortions—in other words, they were pandering to the pro-abortion extremists—and that it was unnecessary because a similar law already exists, the Born-Alive Infants Protection Act of 2002.—you know, because the Democrats have always opposed redundant legislation.

The other excuse, echoed by the Washington Post, is that “it hardly ever happens.” That’s 100% irrelevant, and signature significance for an ethics dunce. (It was also the terrible rationalization used by Justice Alito to justify a lawyer telling a jury that his client was guilty when the client wanted to plead  not guilty.) The fact that something wrong doesn’t occur often doesn’t make it less wrong. So no, Democrats don’t endorse infanticide. They just don’t have the guts and integrity to go on the record that it’s wrong when their Dark Abortion Masters tell them “no.”

“Anti-Semitism” is currently unfair, but becoming more fair by the day, as the party accumulates increasing numbers of anti-Jewish bigots like Rep. Omar. Again, the refusal to rebuke her by name enables anti-Semitism, and just as Republicans had to finally demote long-time racist Rep. Steve King ( as they should have done years ago), eventually Democrats will have to bear being called racist and sexist by muzzling Omar. No, the party isn’t the party of anti-Semitism. Yet.

But it is the party of Socialism, and Democrats who aren’t ready  to accept THAT better find another partisan tent. Living wage, single payer health care, free education, and so much of the nonsense that is in the Green New Deal that virtually all Democratic Party Presidential candidates have endorsed are pure socialism, as is FDR’s “Freedom from Want.” which includes the “right” to government funded housing, food, clothing, ad infinitum.  The GND “roadmap” guarantees…

“—A job with a family-sustaining wage, family and medical leave, vacations, and retirement security

—Economic security for all who are unable or unwilling to work”

Unwilling to work! Even the Communists wouldn’t go THAT far.

There are no socialists among Republican office holders. All of them are Democrats—De Blasio, Bernie, AOC and others. It looks as if the Democratic platform in 2020 will look like the Eugene V. Debs’ platforms when he ran for President under the Socialist Party banner last century. They can deny it, but it is undeniable: the Democratic Party IS the party of Socialism.  It’s also the party of open borders, speech suppression, revoking the 2nd Amendment, abusing due process and equal protection, refusing to accept the verdict of Presidential elections, and rejecting the presumption of innocence—but we can leave those for another time.

13 thoughts on “Is The Democratic Party the Party of Anti-Semitism, Infanticide, And Socialism?”