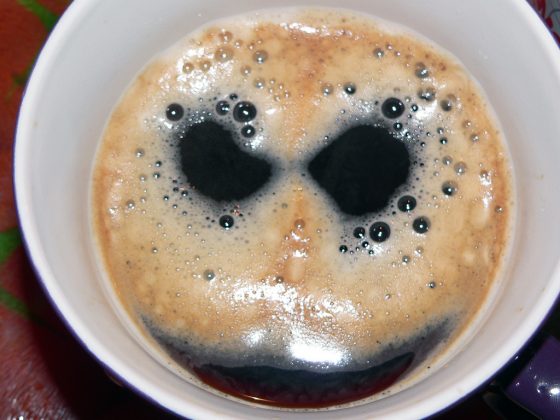 Well, it was a good morning…

…until Arthur in Maine sent me THAT.

1. Record ethics. Kansas City Royals second-baseman Whit Merrifield is a fine young rising star, but the nation will never turn its lonely eyes to him.Playing against the Mariners this week,  Merrifield beat out a squeeze bunt that not only tied the game, but also extended his hitting streak to 31 games. That set a new franchise record, beating Hall of Famer George Brett’s 30 game consecutive hitting streak set in 1980. That seems unfair, you say? Most of Merrifield’s streak was last season, you say?

I agree with you. Baseball takes the position on consecutive game streaks of all kinds that the six months between seasons don’t matter or count. I see the logic, a bit: why should a player’s chance at a record be arbitrarily ended because the season runs out? I also have the answer: tough noogies. There is a material difference between hitting in consecutive games over a single grueling season and doing so with a vacation in the middle. I guarantee that if Merrifield’s record got close to Joe DiMaggio’s iconic 56 games, set in the single, famous season of 1941 (when Ted Williams also hit .406), Major League Baseball would have rushed in and disqualified Merrifield for the consecutive game record because it wouldn’t be set in a single season. THAT, of course, would have been redolent of the controversial asterisk put after Roger Maris’s 61 home runs in 1961, which broke another iconic record, Babe Ruths’s 60. (Maris’s record was set in a 162 game season, Ruth’s in a 154 game season.)

Fortunately, Merrifield’s record chase was stopped at 31 the very next day.

This is as good a time as any to mention that the player who got me hooked on baseball, former Red Sox shortstop Eddie Bressoud, whose 87th birthday is coming up (May 2), had a knack for hitting streaks at the start of season. he hit in 15 straight in 1962, his first with the team, and set the team record for a consecutive streak at the start of the season in 1964, with 20.

2.  “Don’t be evil” a distant memory. R. Emmett Tyrrell, Jr. , the founder of mainstream conservative magazine “The American Spectator” announced that the publication had been blacklisted by Google, following an investigative report by The Daily Caller that revealed,

Two official policies dubbed the “misrepresentation policy” and the “good neighbor policy” inform the company’s “XPA news blacklist,” which is maintained by Google’s Trust & Safety team. “T&S will be in charge of updating the blacklist as when there is a demand,” reads one of the documents shared with The Daily Caller….The purpose of the blacklist will be to bar the sites from surfacing in any Search feature or news product. It will not cause a demotion in the organic search results or de-index them altogether,” reads the policy document obtained by the Caller. What that means is that targeted sites will not be removed from the “ten blue links” portion of search results, but the blacklist applies to most of the other search features, like “top news,” “videos” or the various sidebars that are returned as search results.… On the blacklist are a number of conservative sites, including Gateway Pundit, Matt Walsh’s blog, Gary North’s blog “teapartyeconomist.com,” Caroline Glick’s website, Conservative Tribune, a property of The Western Journal and the website of the American Spectator.”

Amazon bans books, Twitter bans whoever they feel like banning, but always conservatives; Facebook bans Ethics Alarms, and Google has a secret blacklist. The Left employs its Big Tech allies to manipulate, rig and constrain civic discourse as a way to clear its route to power. Does that sound conspiratorial? Give me another analysis.

3. Mona Lee Brock, Ethics Hero Emeritus. So many people we seldom hear about, doing so many wonderful things! Mona Lee Brock, who died at 87 on March 19 at her home in Durant, Oklahoma, was such a person.When the farm crisis of the 1980s forced farmers into bankruptcies and foreclosures,  farmers committing suicide became an escalating crisis. Mrs. Brock offered herself as a counselor  to farmers at the brink. Eventually she was taking  thousands of calls at all hours, talking to desperate farmers and working with them to devise strategies to save their farms.

Her calls were sometimes interrupted by a gunshot, and then silence. She was often the first to find the body of a farmer who had given up. Yet Mona was credited with saving untold lives, perhaps hundreds of near-suicides.

When the Oklahoma Conference of Churches wanted to set up a suicide intervention hotline, it contacted Mrs. Brock, who then moved her counseling operation from her home to Oklahoma City where she established a statewide hotline there. The program evolved into a grass-roots network across the nation.  Willie Nelson, the country singer and driving force behind Farm Aid, called Mrs. Brock “the angel on the other end of the line,” and sent her personal contributions to support her work.

4. Back To Google...Those busy beavers at conservative websites—doing what the mainstream media should be doing and would, if they were really interested in journalism, uncovered this revolting development:

Yes,  Google has suddenly invented a new, pejorative category for the popular anti-abortion film called “propaganda.” It never placed this description on any of Michael Moore’s agitprop documentaries, or Al Gore’s “An Inconvenient Truth,” or “JFK,” or “Wall Street,” or “Vice,” any of the large number of politically slanted films that come out every year, just an anti-abortion film, at least so far. Google is trying to spin its way out of this, but the episode is just one more example of the big tech companies allowing their mask to slip, showing the nascent totalitarians beneath.

5. Which nicely segues to this…In a hearing this week, Sen. Ted Cruz (R-Texas) asked representatives of Facebook and Twitter if a pro-life meme quoting Mother Teresa constituted “hate speech.”  Here is the meme:

Of course, everyone knows this sentiment is propaganda, (according to Google) but is it hate speech? Twitter took down tweets including the meme, then relented after catching flack.  “Here is a tweet that says, ‘Abortion is profoundly anti-woman,'” Cruz said, pointing to the meme above. “”Do either of you agree with the proposition that Mother Theresa is issuing hate speech?” Cruz asked.

The social media execs would not answer the question. After an uncomfortable pause, Carlos Monje Jr., Twitter’s director of public policy and philanthropy, said, “Susan B. Anthony List is currently an advertiser in good standing.”

“You’re very good at not answering questions,” Cruz said. “Is this hate speech?”

“Every tweet has a context behind it,” Monje insisted.

“That’s a full tweet. There’s no more context. This is it,” Cruz replied.

“Um… I can tell you that we have actioned tweets on both sides of this debate,” Monje added. And that was it. Facebook Public Policy Director Neil Potts also refused to give an answer. (No, it’s not hate speech. It’s speech, the freedom of which is being undermined  and deliberately smothered by allied ideological entities, many of which falsely pose as neutral, independent and trustworthy.)