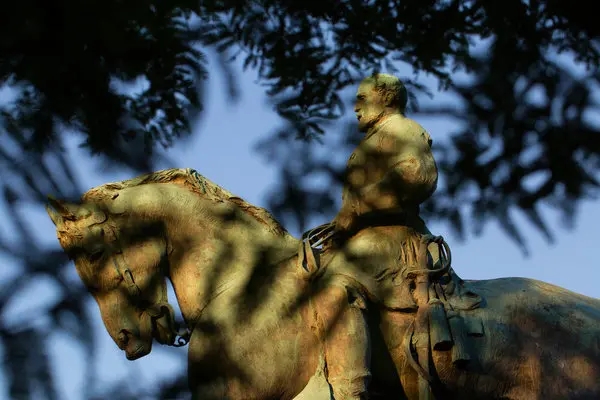 Pardon if I sound distracted—I’m still giggling about Kate Smith.

1. Kate, Robert E. Lee and the King of Pop. It’s ironic that this comes up as I am debating on Facebook with rabid Robert E. Lee statue-topplers, because this episode perfectly illustrates why they are wrong, and not just wrong, but stupidly and obnoxiously wrong. No historical figure is honored for everything in his or her life. They are honored for their importance, influence, good deeds, finest moments and best traits. The growing totalitarian mob on the Left wants to erase the memory of anyone who failed to meet their current standards of virtue decades or even centuries before those standards existed, when many of the standards  are unreasonable even now.

Great achievers are, with the tiniest sliver of exceptions, flawed, strange, obsessed and abnormal people, and those who would hold them to impossible levels of perfection guarantee a hollow culture, a sanitized and boring history, and a shallow society.

Thus I found myself surprising myself by sympathizing with the decision of an elementary school in Hollywood to keep Michael Jackson’s name on its auditorium, despite the growing likelihood that he was a child molester, as the Los Angeles Times reported. The majority of parents and staff of Gardner Street Elementary School, which Jackson briefly attended, voted to keep his name above the auditorium. Ick, but maybe that was the right decision. Jackson was a great and influential performer, and that’s what he’s honored for.

2. Uh, where exactly have you been for the last 20 years, Mrs. Biden? Jill Biden told ABC’s “Good Morning America” today she’s been victim of  men “invading her personal space,” and that her hubby the 2020 Democratic presidential candidate “is going to have to be a better judge of when people approach him and how he’s going to react.” This because, she says, Joe “connects with people” through physical contact, especially from “men and women looking for comfort.”

Quick question: How were these women “looking for comfort”?

Jill Biden says she kept silent in the past when men were “in her space.” “Women are in a different place now,” she says. “We have to honor that.”

One more quick question: when was it ever appropriate for men to assume they could touch, hug, kiss and otherwise grope women without their consent? My sister told a handsy uncle to back off in 1961, and he was less aggressive than Joe was in these photos.

Are these the new rules? If a Democrat acts like Joe to women he barely knows, it’s “invading their space,” but if a conservative, Republican or male Democratic official who might challenge a woman for the Presidential nomination, like Al Franken, but not Joe Biden for some reason, then it’s called sexual assault or sexual harassment? Do I have it right?

3. I guess it’s what historians call”scorching”.. The Deadline headline was “Ron Chernow Scorches Trump At White House Correspondents’ Dinner.” Really? The author of acclaimed biographies of Alexander Hamilton and U.S. Grant delivered vicious ad hominem attacks on the President just like the Leftist comics he was replacing? Here are Chernow’s most notable “zingers,” as Deadline called them:

“As best I can tell, Washington committed only one major blunder as president: He failed to put his name on Mount Vernon and thereby bungled an early opportunity at branding. Clearly deficient in the art of the deal, the poor man had to settle for the lowly title of Father of His Country. A very sad story”

“On Tuesday, the president let it be known he wanted members of his administration to stay away from this dinner. At first, I was puzzled by this news. But then I learned a rumor was circulating in Washington that I was going to be reading aloud from the redacted portions of the Mueller report and everything was explained.”

“Our founders were highly literate people. And perhaps none more so than one Alexander Hamilton, an immigrant who arrived, thank God, before the country was full. Frankly, I don’t know why they let the guy in. Clearly somebody had slipped up at the southern border.”

“I applaud any president who aspires to the Nobel Prize for peace. But we don’t want one in the running for the Nobel prize for fiction.”

But seriously, folks, none of these mild jibes would have been inappropriate with the President in the audience. Chernow sees where the line is. Why can’t anyone else?

4.  That Buttigieg accusation was faked. Just as I was settling in to write last night’s scattered post. the news came across the web about an alleged sexual assault claim being made on the mass blogging site, Medium. By the time I was half-way through  post, it had already been debunked as  fake, and apparently was the work of some right wing idiots.

This time. I’ll stand by my statement in the earlier post that any white man who looks like he’s going to lap Kamala , Kirsten, Amy, and Elizabeth in the race for the nomination will suddenly face #MeToo. I found The Daily Beast’s headline, “Far-Right Smear Merchants Try to Slime Pete Buttigieg with Bogus Sex Assault Claim.” juust a bit aggressive, since the various fake accusations made against Bret Kavenaugh were never referred to there with “Far-Left Smear Merchants Try to Slime Bret Kavanaugh with Bogus Sex Assault Claim.” The Far Left Smear Merchants at ThinkProgress were even more ridiculous, making this argument:

“The speed with which their scheme fell apart — a matter of minutes — suggests one of two things: either conservatives are comically incompetent, or fabricating credible sexual assault allegations against public figures is nearly as impossible as it is reprehensible.”

No, this single episode proves absolutely nothing about other sexual assault accusations, pro or con. Indeed, TP itself was happy to accept the second and third accusations against Kavanaugh, eventually discredited, and their own assumption that Blasey-Ford’s accusation was true,  just because it seemed credible to them, doesn’t mean it was true or credible. Their logic is exactly like saying that because Jussie Smullett’s hate crime hoax was unsuccessful, successful hate crime hoaxes are impossible. (Interestingly, ThinkProgress hasn’t seemed the Smollett story worthy of any coverage at all in more than two months, treating the still unfolding scandal of a the charges being dropped as if it didn’t happen.)

5. Regarding Facebook’s rejection of Ethics Alarms posts..It seems that Facebook can be reached the old-fashioned way, via snail mail. Please help me make as loud a protest as possible by joining me in writing Marks’ minions. I’ll take legal action if I have to, but only as a last resort. The address: