1. Illegal immigration battles update:  a) The Empire State’s governor,  Andrew Cuomo,  signed legislation granting driver’s licenses to illegal immigrants—NBC calls them “undocumented immigrants, which is unethically deceptive —right after the measure passed the state Senate. New York is now the 13th state to take this unconscionable  course, creating an incentive as well as a reward for breaking U.S. laws and defying its borders.

There is no justification for ever rewarding lawbreaking  through public policy, unless the objective is to eliminate the law. Yet the Democrats who rationalize these measures still say that their party doesn’t want open borders.  How long can sentient individuals believe that? The existence of these laws, as well as sanctuary cities, prove otherwise. As idiotic and suicidal as it is, an open borders position should at least be honestly proposed and debated, since that is what progressives are really pushing for. I could have some respect for that approach. This one–lying about the intention while undermining immigration laws–is indefensible as well as cowardly.

b) In that vein, Rep. Ocasio-Cortez described the unavoidable detention facilities at the border as “concentration camps.” “I want to talk to the people that are concerned enough with humanity to say that ‘never again’ means something,” she said in an Instagram rant yesterday. Calling the President  a “fascist” (This will be today’s Big Lie entry, as the directory continues), she went on, “I don’t use those words to just throw bombs,” she said, throwing bombs, “I use that word because that is what an administration that creates concentration camps is. A presidency that creates concentration camps is fascist and it’s very difficult to say that. The fact that concentration camps are now an institutionalized practice in the home of the free is extraordinarily disturbing and we need to do something about it.”

How many blatant misrepresentation and lies are in those statements? Well, how much time  ya got? Detention centers are unavoidable. They aren’t concentration camps, and the Holocaust comparison is ignorant, inflammatory and obnoxious as well as false. (“What happened to people in concentration camps?” asked OtherBill, who flagged this for me). The President is bound by his oath of office to see that the rule of law remains intact, and to protect the Constitution. A growing hoard of illegal immigrants breaching the law and established procedures to get over the border and then vanish into sanctuary cities creates a threat to both.  The Nazis put their own citizens into concentration camps (you know, like FDR did with Japanese Americans? ), and then murdered them. The illegals at the border are not citizens, they are not legally refugees until we say so, and the U.S. has no obligation, legal or otherwise, to accept what has become a cynical excuse to flout our laws.

c) If one is fair and objective, one has to give President Trump credit for remaining serious and determined in his effort to minimize illegal immigration. His latest gambit is to cut $370 million in aid to  El Salvador, Guatemala and Honduras unless they take effective action to limit the armies of attempted illegal immigrants creating the crisis at the our southern border. The tactic raises question both ethical and practical. The U.S. should not be encouraging dependent nations to make prisoners of their own citizens. Nations should also not take foreign aid for granted when their incompetent, corrupt and undemocratic governments somehow fail to make conditions better for their own citizens 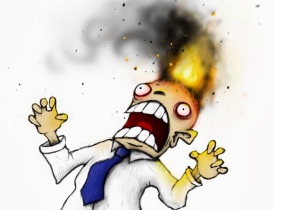 On April 26, Teen Vogue posted an article called “Why Sex Work is Real Work” by Dr. Tlaleng Mofokeng. Teen Vogue tweeted a link to the article yesterday, just to make sure as many heads exploded as possible. The article sings the praises of prostitution as a career, even making it sound compassionate. “The idea of purchasing intimacy and paying for the services can be affirming for many people who need human connection, friendship, and emotional support,” Mofokeng writes.

I doubt anyone needs exposition about what’s wrong here, but these comments from The Federalist are apt:

Not only was the article was tasteless, given the audience, but it also failed to talk about legitimate problems with consensual prostitution and closely-related sex trafficking… This article was a slap in the face to those young women who are trafficked and abused at skyrocketing rates. … While Teen Vogue is pushing a sex liberation agenda on young women, they are bypassing the unfortunate truth that some of their readers may become victims of this industry. Promoting unlimited, legal prostitution is not freeing and not something that we should be promoting to young women, especially during a time when women are doing exceptionally well in America and the doors are opening for women in all job fields. …Why should we open up avenues for women to fall into the dangerous clutches of sex work—or worse, sex trafficking…? We should not be promoting a sex liberation narrative to 13-year-olds. We should be teaching 13-year-olds about community, family, careers, literally anything else…It is unimaginable how someone would promote such a skewed ideology of feminism to such a vulnerable readership.

Oh, it’s not unimaginable at all, nor are the joys of prostitution the only poisonous ideas—or the worst— being pumped into our children’s minds by far Left ideologues in the media and popular culture.

Yup, before we try to save all of those doomed babies, we better think of the bill! “To put this cost into perspective,” she writes, research shows that in 2010 the public paid just under $13,000 on “prenatal care, labor and delivery, postpartum care and 12 months of infant care.”

Wow. Think of what we could save if we aborted them all!

4. Confession: I have a really hard time feeling very sorry for anyone who pays money to attend self-actualization seminars. It’s a flaw; I know it. I had a girlfriend once who was completely sucked into the rip-off EST-like cult/scam LifeSpring, and I determined that this proved that she was too gullible, silly and weak-minded to take seriously. I even went to a meeting as a show of support, one of the most ridiculous three hours of my life, and believe me, that’s saying something. Now comes this, from BuzzFeed:

Tony Robbins punishes followers who fail at his self-help tasks by calling them onstage in front of large crowds and making them drink an unidentified mixture “designed to have a lasting effect for several hours.”

Video and internal documents reviewed by BuzzFeed News reveal that Robbins places “L” stickers on audience members’ foreheads and then, while the song “Loser” by Beck plays over the speakers, forces them to down a “gross shot” whose contents he does not disclose to them.

The practice is part of a pattern in which the embattled self-help superstar urges his followers to ingest potions while on their quest to “live a healthier, wealthier, more fulfilling, passionate and purposeful life.”

One former staffer told BuzzFeed News that audience members are deliberately led to believe that the “nasty” mixture contains laxatives. “I always felt that this was highly inappropriate and falls into the category of public shaming, which is common for Robbins,” he said.

Two more former insiders said they had also witnessed fans being given drinks at other Robbins events, which they were told would have health benefits but made many people sick.

“Participants were throwing up all over the place, in public restrooms, hotel rooms,” said Gary King, Robbins’ former director of security.

I would think, wouldn’t you, that after that little Jim Jones episode, followers of charismatic leaders would draw the line at drinking noxious beverages. Guess not.

Morons. See, there I go again…