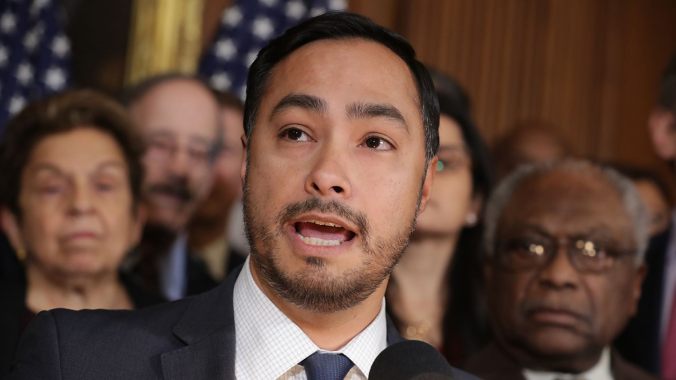 Well, unless he repudiates his brother, Julian Castro just earned himself a place on the next Ethics Alarms “Who’s most unethical Democratic candidate?” poll. An update on that: Warren well ahead, Harris is second, but with just half Warren’s “support,” and the rest far behind….

This is really slimy: Presidential candidate Castro’s Congressman brother, who also heads his campaign,  tweeted a list of San Antonio donors to the Trump campaign, along with the names of their employers, as well as the Twitter handles of several owners of local businesses in his district that donated to Trump. He added, “Sad to see so many San Antonians as 2019 maximum donors to Donald Trump. Their contributions are fueling a campaign of hate that labels Hispanic immigrants as ‘invaders.’”

Assholes like Castro are why people donate to Trump:

Some Democrats and left-leaning journalists have joined Republicans in condemning the tweet. Castro’s defenses are signature significance for someone who couldn’t distinguish between ethics and hula hoops. He said that he wasn’t trying to put anyone in danger, though doxxing obviously puts people in the cross-hairs of lunatics. This is like an arsonist saying that he never wanted to burn anybody. When it was pointed out to Castro that he was attacking his own constituents, he countered, “I didn’t make the graphic.”

With all the loose and hysterical rhetoric about how the President is fomenting hate, a Democratic Congressman does this and no ethics alarms goes off.

If nobody is harassed and injured as a result of Castro’s tweet, it will moral luck and only moral luck.

UPDATE: From the Washington Examiner…”In attempting to embarrass constituents who donated to President Trump, Texas congressman Joaquin Castro appears to have overlooked the fact that six of those he named also gave cash to him and his twin brother, 2020 Democrat Julián Castro.”