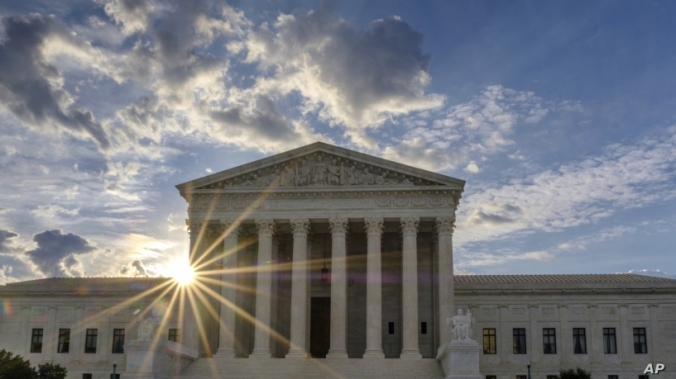 1. Lance, Lance, Lance...Is this the most obnoxious and desperate virtue-signalling tweet of all time?

“I can’t drop many people on a bike these days but I just blew the fuckin’ doors off Mike Pence on a Nantucket bike path. Day. Made.”

Because Lance thinks everyone hates the Vice President, he boasts about beating a 60 year-old politician as if he’s rendered some symbolic humiliation. You’re the one who should be humiliated, Lance. You. I’m no fan of Mike Pence, but he’s not a sociopathic  fraud, cheat and villain like you are.

The fact that this tweet got 108,000 “likes” shows how much damage an ethics corrupter can do.

2.  A perfect example of ignoring a real problem to avoid having to admit it exists and then deal with it...while making the problem worse in the process.U.S. Commission on Civil Rights member Gail Heriot, a lawyer and frequent protester about how her overwhelmingly Democratic colleagues on the committee  engage in “woke” insanity, attacks a new government report in her op-ed in the Washington Times. Herriott attached her dissent to the report, a routine she has become accustomed to. She writes,

Shoddy work is not uncommon for government commissions. But with its awkwardly-titled new report — “Beyond Suspensions: Examining School Discipline Policies and Connections to the School-to-Prison Pipeline for Students of Color with Disabilities” — the U.S. Commission on Civil Rights goes beyond shoddy. Its unsupported claims threaten teachers’ ability to keep control of their classrooms. No one disputes that African-American, Native American and Pacific Islander students get disciplined at school at higher rates than white students. Similarly, white students are disciplined at higher rates than Asian-American students, and boys are disciplined more often than girls. Not surprisingly, students with behavioral disabilities get in more trouble than those without. Sometimes the differences are substantial. Suspension rates, for example, have been about three times higher for African-Americans than for whites in recent years.The commission purports to find, however, that “students of color as a whole, as well as by individual racial group, do not commit more disciplinable offenses than their white peers.” According to the commission, they are simply punished more. Readers are left to imagine our schools are not just occasionally unfair, but rather astonishingly unfair on matters of discipline.

The report provides no evidence to support its sweeping assertion and, sadly, there is abundant evidence to the contrary. For example, the National Center for Education Statistics surveys high school students biennially. Since 1993, it has asked students whether they have been in a fight on school property over the past 12 months. The results have been consistent. In 2015, 12.6 percent of African-American students reported being in such a fight, while only 5.6 percent of white students did….Because minority students disproportionately go to school with other minority students, when teachers fail to keep order out of fear that they will be accused of racism, it is these minority students — stuck in disorderly classrooms — who suffer most.

What accounts for the differing misbehavior rates? The best anybody can say is, “We don’t know entirely.” But differing poverty rates, differing fatherless household rates, differing parental education, differing achievement in school, and histories of policy failures and injustices likely each play a part. Whatever the genesis of these disparities, they need to be dealt with realistically. We don’t live in a make-believe world.

As Joe Biden so sagely pointed out for us, Democrats care about their official truths, not facts.

3. Kaboom! There goes my head! I can’t believe five Senate Democrats—even these five— would be so foolish—or transparent?—to try this. In an amicus brief filed this week in a closely-watched case regarding a New York City gun law, Senators Sheldon Whitehouse, (D-R.I.) Richard Blumenthal, (D-Conn., Mazie Hirono, (D-Ha), Richard Durbin, (D-Ill) and Kirsten Gillibrand, (D-NY)  included a not-so-veiled threat of retaliation if SCOTUS didn’t do what they want it to do.  “The Supreme Court is not well. And the people know it,” the brief said. “Perhaps the Court can heal itself before the public demands it be ‘restructured in order to reduce the influence of politics.'”

The obtuseness, ethically, and legally, of such language in any brief, not to mention a SCOTUS brief, is staggering. “Not well” to this group of hyper-partisan Senate embarrassments means “the Court won’t knuckle under to progressive agendas when they violate the Constitution.” Such a brief directly breaches the Separation of Powers, and unless I misjudge the justices, risks alienating the liberals on the Court as much as the conservatives.

One prevails in court appeals by making persuasive legal arguments, not by issuing threats. A lawyer who included a similar statement in a brief would face sanctions, and rightly so.

The brief’s tone is one more instance of the ominous totalitarian tilt of the Democratic Party in 2019. “Do what we want, or you’ll be sorry!’ is how the Nazis treated their judges, as powerfully explained in “Judgement at Nuremberg,” which my theater company of yore produced and which I researched extensively. The judges who submitted to such blackmail ended up being convicted of war crimes, and they were threatened with death.

I am confident that our best judges will display sterner stuff and maintain their integrity in the face of this disgraceful and far less realistic threat. [Pointer: Steve Witherspoon]

23 thoughts on “Morning Ethics Primal Scream, 8/13/19: Democratic Senators Tell SCOTUS, “Nice Little Court You Have Here. Be A Shame If Anything Were To HAPPEN To It…””