1. Confession: I called a stranger an asshole on Facebook yesterday. I had patiently explained to a Facebook Borg-infected friend that no, the Justice Department report on Hillary’s email fiasco had not proven for all time that she hadn’t “done anything wrong,” quite the contrary. The report revealed that she was directly responsible for over 600 security breaches (after saying otherwise for more than a year). That means that she was reckless, incompetent, irresponsible and dishonest, and, since the applicable statute doesn’t require intent, could have been prosecuted. The report did find that there was no evidence that Clinton deliberately set out to endanger national security, which was never the issue.

Some clod following the thread wrote that you “could sure tell who follows Fox News talking points.” Well, I’m sick of that lazy deflection, and anyone who uses it, especially on me, is an asshole, and needs to be told.  maybe ist not too late to get treatment. It’s even more of an asshole thing to say than the reflex “But ….Trump!” retort.

2. Yes, this is unethical. Yes, it is newsworthy. No, it is receiving almost no national coverage outside of conservative news sources. Rep. Katie Hill, Vice Chair of the House Committee on Oversight and Reform, has been engaged in a three-way sexual relationship involving a  staffer and her husband. This would not matter to me, and should not matter to you, except that the woman involved is Hill’s subordinate. The workplace is not a dating bar or personal harem, not in the private sector, not in Congress. In addition, close personal relationships create conflicts of interest for the supervisor in any office. I would mention the inherent imbalance of power that makes it impossible for an employee to consent to a superior’s advances in such a situation, but of course Lee knows that, being an ardent #MeToo and Time’s Up! supporter.

The hypocrisy in the Democratic Party on this issue is wide, deep, and nauseating, except, I guess, to Democrats. Last week, discussing this issue with lawyers following my ethics seminar, a usually smart, fair, male attorney actually opined that Joe Biden’s serial non-consensual groping wasn’t really a problem because “he didn’t mean it to be sexual assault.” The lawyer really said this, though “I didn’t mean anything by it” has been the reflex excuse of every sexual harasser from Bill O’Reilly to Louis C.K.

3. Stipulated: President Trump’s harsh rhetoric in the aborted White House meeting with Democrats was one more stupid self-inflicted wound. Given the barrage of ad hominem attacks by the party that she leads, and the disrespect for the office that Pelosi herself has orchestrated (that mocking clap at the State of the Union speech alone was unforgivable), Trump was certainly provoked, but the President is not supposed to slide into the gutter just because his adversaries live there. It’s swell to be a “fighter”—Trump is probably correct that Mitt Romney would have been elected President in 2012 if he had a some Trump in him—but that doesn’t mean that gratuitous incivility and nastiness is a competent or responsible political strategy.

However, this image, part of a cartoon by Andy Marlette for the Pensacola News Journal earlier this year… 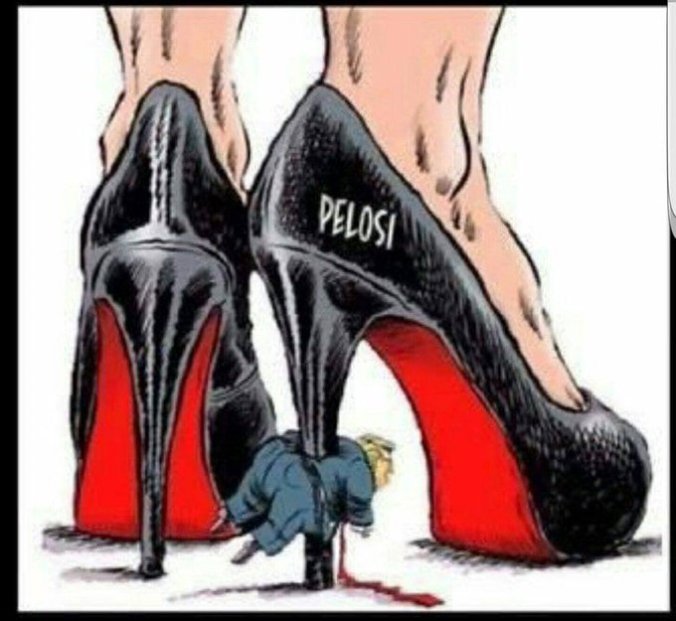 ….was recently tweeted approvingly by Barbra Streisand, who I’m sure will tell us later how President Trump represents hate and divisiveness. It crosses exactly the same line that Kathy Griffin’s beheaded Trump photo did. This is the King’s Pass: Griffin is a C-level celebrity troll, but Babs is an feminist, Democrat icon. She can get away with being a hate-monger.

4. This story is so stupid that I initially assumed I had read it incorrectly. No, it really happened.

Marlon Anderson, a black security guard at West High School in Madison, Wisconsin, told a student who was berating him using the slur “nigger,” “Stop calling me a nigger, I’m not a nigger — Stop calling me that!”

He was then fired,because the Madison School District has  a “zero-tolerance” policy regarding employees using racial slurs.

Morons. Censorious morons. Unconstitutional morons. The state cannot ban a word. This is a pure freedom of speech issue, and if the American Civil Liberties Unions wasn’t more dedicated to woke politics and political correctness than its alleged mission, it would be defending Anderson.

Ethics Alarms policy is to spell out the word “nigger” when the word is important to an ethics story. Why? Because I presume that readers here aren’t six-years-old. Because I am embarrassed for any publication that uses the baby-talk device “N-Word.”  Because we don’t ban words in the United States. Because when I’m talking to adults, I say “penis” and not “pee-pee.”

The school district can legally and fairly make it a firing offense for an employee to denigrate another individual using a racial slur or words of equivalent effect.  There was no denigration here, however. No-tolerance rules are almost always unfair and ripe for abuse, but this one is one of the worst in an already terrible group. Now I have to  enter here the obligatory Monty Python scene:

5. Ancient Iceland ethics. The Museum of Icelandic Sorcery and Witchcraft in Holmavik exhibits  the only known intact pair of necropants, or nábrók. According to  Icelandic lore, an aspiring necropants wearer had to get permission from a living man to use his skin after his death. Then, once the donor had died, the corpse’s lower torso, including legs, would be carefully skinned intact, with no holes or gaps, so the dead man’s skin could be worn like Yoga pants. (Serial killer Ed Gein had similar taste in attire, as did “Buffalo Bill” in “The Silence of the Lambs.”) As soon as a user stepped into the “pants”, the skin of the corpse became attached to the living skin.

To activate the magic trousers, the wearer had to have a piece of paper with a special magic symbol…

…and steal a coin from a poor widow, and deposit it in the pants’ crotch. Slowly but surely the necropants would fill up with more coins while bringing their owner good fortune. Ideally, the  nábrók would be passed on to a younger generation before the wearer died, meaning another post-mortem skinning.

Was this process unethical? Sure it was! Stealing from a poor widow was wrong. The rest is just ick. Here are the pants: 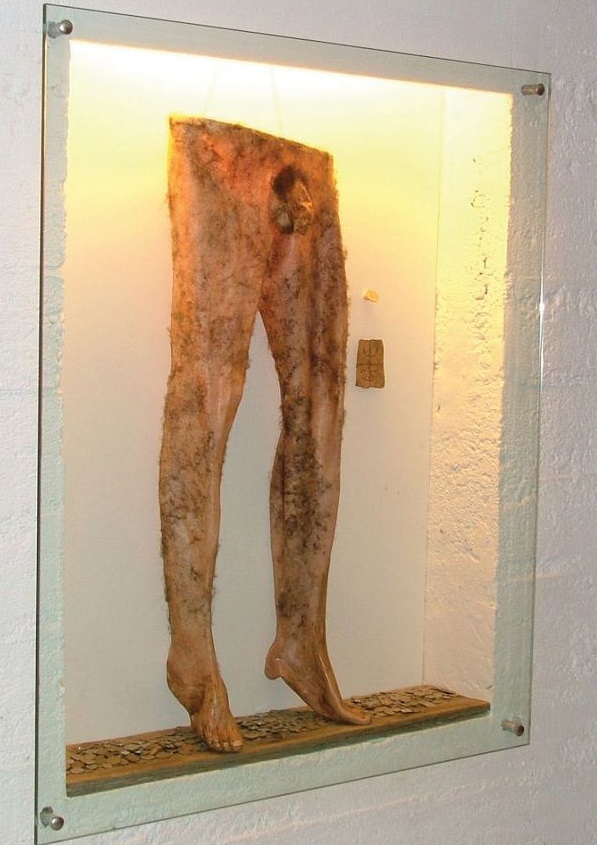 Who says you can’t learn useful things on Ethics Alarms?