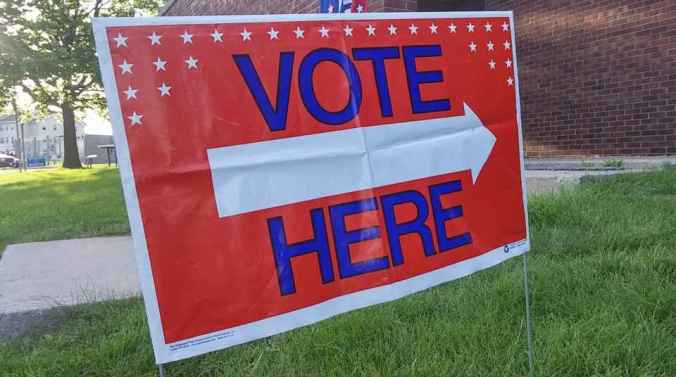 Part I, and Michael R’s Comment of the Day, are here.

The embedded government bureaucracy has always been recognized as a necessary evil, because the pre-Civil Service system of cleaning house after every election was inefficient and an invitation to cronyism. It cannot be denied, however, that partisan biases and loyalties within the “Deep State” create other serious problems, including individuals taking it upon themselves to undermine and  sabotage policies they disagree with.  Usually the phenomenon is subtle and not routine, but the partisan hysteria weaponized it against Trump, with anti-Trump government employees with influence and power felt more justified in betraying the President than ever before. Prime among this group has been the judiciary, the intelligence community, the State Department, and the diplomatic corps.

Seduced by a partisan narrative, spread daily by the mainstream media, that an illegitimate President who was elected by racists and morons was poised to destroy the country, and maybe the world, because of his greed, stupidity–and insanity!–once unthinkable levels of disloyalty and active opposition to a President by those paid to support the leader chosen by the people were not only justified, but necessary. This attitude quickly metastasized into a coup mentality. This too is routinely derided as a Fox News talking point, but denial only works for so long. In this case, time is almost up.

I finally concluded, early in 2017, that Trump’s election showed that our democracy works and remains vital. The nation was being dragged into a new culture which was violently contrary to core American principles and values that have made the nation what it was, in great part because of the Left’s ideological  capture  of American institutions, notably education, the legal profession, journalism, and the political elites. Somehow, in the inexplicable wisdom of crowd, the ignorant, confused, misinformed and emotion-driven U.S  public found a way to say “Enough!” in the most startling, obnoxious, disruptive way imaginable.

Lincoln was proven right. You can’t fool all the people all the time.

I analogized the election of Donald Trump to Delta House’s attack on the parade at the climax of “Animal House,” sending a powerful message conforming to the mad logic of Otter’s memorable speech to the disheartened fraternity members:

“We gotta take these bastards. Now, we could fight ‘em with conventional weapons. That could take years and cost millions of lives. Oh, no. No, in this case, I think we have to go all out. I think that this situation absolutely requires a really futile and stupid gesture be done on somebody’s part.”

That gesture, in 2016, meant electing someone as President that would drive the Left crazy, and make it realize that our system of government does not make it easy to steamroll “We the People.”  This was our French Revolution against a class that had behaved as if they knew best, and the people should quietly accede to their superior virtue and wisdom. (I think Jefferson would have loved the 2016 election, perhaps even more than Hamilton and Adams would have hated it.)

If Democrats had taken the lesson to heart, respected the will of the people, and followed the traditions, norms and values established since 1789, I think they would be in an excellent position to be given another chance by the electorate. They did not, however. They decided to defy the will of the people, appeal to the portion of their constituency that has contempt for the United States, its history and institutions, and rather than accept the election of 2016, to deny it and try to undo it by any means possible.  The harm this has done to the nation is unmeasurable right now, in the eye of the storm, but it is certain to be massive and long-lasting. If the effort succeeds in removing President Trump or even if it fails but the President is defeated in 2020, it is likely that Republicans will use the same miserable, unethical, crippling and undemocratic tactics against whatever Democratic President is elected. They will behave as if he or she was not legitimatize elected. They will actively seek rationalizations to justify removal. They will use whatever tools they have at their disposal: the judiciary, a majority in either House of Congress, captured pundits and news sources, to make it impossible for the new President to govern. Republicans are no smarter nor more ethical than Democrats. They too are driven by the need for power and base emotions like hate and vengeance.

Our only hope, it appears now, is for voters to deal the Democratic Party/ “resistance”/ mainstream news media alliance a loud and crushing defeat, signalling a rejection of their tactics and contempt for elections–negative reinforcement of the war on this President. I have written many times that as an ethicist I cannot in good conscience ever vote for a man like Donald Trump, one who is essentially without ethics, to lead a nation that is the only one in the world that was built on a foundation of ethical values.

My resolve is failing. Voting against what the Democrats have done to this nation and our institutions may make voting for a repulsive President an ethical mandate.

28 thoughts on “Comment Of The Day: “Yes, It’s Open Forum Time Again!,” And Reflections On The State of Our Democracy, Part 2”