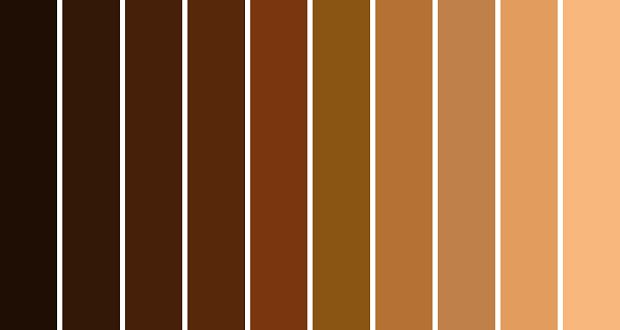 “Colorism” isn’t racism, at least not exactly. It describes the bias towards light-skin rather than dark skin, and that bias is prominent among African Americans, as well as South Americans

Dark-skinned women around the world are targeted by advertising for skin-lightening products telling them that lighter is better. It doesn’t help that prominent black celebrities have sometimes engaged in skin lightening, notably Michael Jackson. Another is formerChicago Cubs star Sammy Sosa:

(Sammy’s response to questions about his radically changed appearance have been pure “Jumbo”: “Lighter? What do you mean my skin is lighter?”)

The Beautywell Project, is a non-profit group. Its  mission: “eliminate biases against dark-skinned people and lift the self-esteem of those who have been harmed by the discrimination.” The Project is claiming a major victory after it delivered  a petition with 23,000 signatures in late last month  to Amazon , demanding that the retail giant remove skin-bleaching products  rom its online platform. Amazon did, too, but those products already violated the site’s guidelines, and were also illegal due to excessive amounts of mercury.  The group, says the New York Times, is still saying this was a successful strike against dark-skin bias.

That’s spin verging on a lie. It was a successful strike against dangerous consumer items, and Amazon did not pull the products because they enabled skin-lightening.  Amazon still offers skin-lightening creams without mercury, and as long as consumers want such products, it should keep offering them.

The Beautywell Project isn’t just in all likelihood futile, it is totalitarian in spirit.  If someone wants to look lighter, darker, or like a Smurf, they should be able to follow their dreams.  But…but…the Message!

“A large retail company selling skin-lightening products sends the message to people that they should change their skin color,” says Amira Adawe, the founder of the advocacy group. That’s backwards. Amazon sells the products because there’s a market for them made up of people who want to lighten their skin. Doing so is legal, and it’s also not unethical.  Beautywell is certainly within its rights to advocate for different beauty standards, but it can’t and shouldn’t dictate beauty standards. The preference for lighter skin among African-Americans is no more legitimate or illegitimate than a preference for buff abdominals, large breasts, cute turned-up noses, and heads with hair on top (which makes no sense to me at all).

The campaign against skin-lightening and anti-dark skin bias is within ethical boundaries as long as it aims to change cultural attitudes, and good luck with that. When the activist’s methods veer into compulsion, demanding that people see things their way, the campaign charges across the ethics lines. Make people think fat is beautiful. Prohibit ads from using thin models who send “the wrong message.” Make people think poor is good. Make them think being cross-eyed is good, or having an annoying voice is good.

Addressing the light skin/dark skin problem—colorism— gets an undeserved  boost because America is hyper-sensitive about race, and this preference feels like racism, when it is primarily based on cultural perceptions of beauty. Thus Adawe thinks she can shame people into abandoning their preference for lighter skin, as well as making it as hard as possible for people to address what they and others see as a “flaw.”

A 2017 study found that people with darker skin are more prone to arrests, and struggle more in the marriage market. Ah, studies! Color me skeptical, and even if it has validity, there are similar studies showing advantages accruing to people who are tall (heightism) and young (ageism). The felt need to address unequal conditions created by ancient and irrational bias by penalizing the bias is, upon examination, no more than another human tendency, that of  condemning and harassing  others who don’t like what you like or think like you think. Yes, colorism is dumb, and there is nothing wrong with trying to change biases by educating people. Still, being able to decide the kinds or appearances one admires, trusts and wants is subset of “the pursuit of happiness.”

A related problem that does involve race is now causing debate on cable TV. Almost all of those Hallmark Christmas movies, which are like having someone jam mistletoe up your…nose, involve white couples, and are pitched at white audiences. Activists are accusing Hallmark of being racist by packaging entertainment for white people who like watching stories about white people…you know, just like black people like watching stories about “people like them.” (Just ask Tyler Perry).

The implication is that if black people like watching black actors, that’s natural, but whites identifying with white characters in gaggingly sentimental and predictable movies starring aged-out child stars is shameful and racist.

The issue is really simple: do Americans have a right to their likes, dislikes and personal preferences? They do indeed. Does the fact that those likes, dislikes and personal preferences make other people feel badly about themselves make them wrong? Sometimes, perhaps, but not necessarily. Hallmark Christmas movies are a pretty dumb hill to die on, and I wouldn’t be sad if there never was another one, but there is nothing intrinsically wrong and unethical about making cheesy romantic movies starring pretty white people.

Ms. Adawe says that “the biggest thing is to redefine what beauty is. It is so much embedded in cultures that we need to retrain the colonized mind to make sure that even in the education system we create, it promotes all skin colors.”

And just think…if it works, imagine all the other BadThink people can be trained out of!