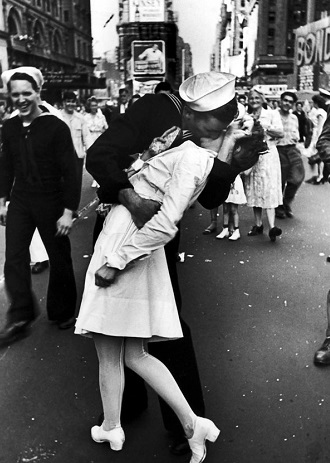 It’s finally Getting Back To Normal Day!

I don’t know about you, but I feel like everything’s been one big, holiday/stress/disruption blur since I enlivened Thanksgiving dinner by keeling over. There should be  law preventing Christmas and New Years from falling on Wednesdays, which effectively kills two full weeks. I’m behind on everything, and I don’t know what I could have done to avoid it…

1. Sigh. This is what we have to look forward to in 2020…Ezra Klein, the Left-biased Washington Post journalist who founded Vox, which he then staffed with all Left-biased journalists, tweeted out the link a nine-month-old Post article stating as fact that counties hosting Trump rallies saw massive spikes in hate crimes compared to counties that didn’t host Trump rallies. By Wednesday afternoon, Klein’s tweet had been re-tweeted  more than 7,000 times and had more than 14,000 likes. It also polluted many Facebook feeds.

Klein didn’t tell his 2.5 million followers  that the article relied on a study that had been debunked months ago by  Harvard University researchers Matthew Lilley and Brian Wheaton.  “The study is wrong, and yet journalists ran with it anyway,” they revealed in in Reason magazine four months ago. That’s four. 4. IV. F-O-U-R.

Lilley and Wheaton tried to replicate the original study—if a study is valid, you can do that.  They discovered that “adding a simple statistical control for county population to the original analysis causes the estimated effect of Trump rallies on reported hate crimes to vanish. “Given how little scrutiny was required to reveal the flaws in the thesis that Trump rallies cause hate incidents, one cannot help but wonder whether its viral status was aided by journalists predisposed to believe its message,” the researchers noted.

Klein’s tweet is still up. It’s false and inflammatory, but it advances one of the key Big Lies (that would be #4), so he is running with it anyway. Do you wonder why those on opposite sides of the partisan divide have different views of reality? This kind of thing is a primary reason.

Enemy of the people.

In July 2018, Michael J. Reynolds. a New York City police officer, was in Nashville for a three-night bachelor-party trip with six other officers. At one point in the festivities,  Reynolds, who is white, kicked in a black woman’s door in a drunken rage, threatening her (“I’ll break every bone in your neck…”) and her sons while calling them “niggers” and showering them with obscenities. He was arrested, tried, and sentenced to 15 days in jail with three years’ probation after pleading no contest to four misdemeanors, court records show. Nevertheless, he remains an employee of the N.Y.P.D. More than 10,000 people signed an online petition demanding his dismissal and supporting the woman whose home he invaded.

Theories? Never mind unions, due process and mandatory investigations: the incident took place a full year and a half ago. There is no excuse for this. Reynolds apologized and said that he was so drunk he doesn’t remember the episode. Oh! Then that’s OK, Officer! Let’s all forget the whole thing!

As it habitually does, the New York Times reached a false analogy, writing,

The case of Officer Reynolds is again focusing scrutiny on the pace of the Police Department’s disciplinary process. In a prominent example of how it can drag on, five years passed before Officer Daniel Pantaleo, whose use of a prohibited chokehold contributed to the 2014 death in police custody of Eric Garner, was fired and stripped of his pension benefits in August.

Ridiculous. There were legitimate issues involved in Pantaleo’s case that made the proper discipline in his case complicated and controversial. There are no reasons for controversy here.

3. Well, I finally did it. For what seems like the millionth time, I was in a crowded parking lot waiting for a space to clear while someone texted and checked his email. I had sat with my car idling for almost ten minutes waiting for a this guy’s car to pull out of a space, freeing it up. Other cars looking for places to park had passed me, some more than once, meaning that that they had circled the block. The driver of the car taking up the space was playing with his cell phone, either wilfully ignoring the situation or completely oblivious. I put on my hazard blinkers, got out of the car, and banged on his window, scaring the hell out of him. (Good.)

“Do you not realize that there are many people looking for places to park so they can run their errands, and you’re taking up a space to use your phone? This isn’t a “park to play Candy Crush” space, it’s a space for people who have transactions to attend to. What’s the matter with you? Ever heard of the Golden Rule? Get out of here!”  The man glared at me, but pulled out.

Yes, I know he might have shot me. But I would not have died in vain.

4. I hate to say it, but it’s signature significance that New Yorkers elected a mega-jerk like Bill  de Blasio mayor twice. The latest example: An intrepid and entrepreneurial  Domino’s employee brought hot pizzas out to the crowd in Times Square on New Year’s Eve. He ran  between the Dominos store and Times Square, carrying a container of pizzas on his head and selling them to starving celebrants, many of whom had camped out to be there. Once they were in the area, they were not allowed to leave until the festivities were over. The pizza man charged about twice what each pizza would normally cost.

“He is our Santa,” said Amit Zanwar, 31, from New Jersey, who was with two friends for the spectacular and didn’t pack any food. “He came a little late [for Christmas], but we were happy…. It’s absolutely worth it. It was hot. It seems like it just came out of the oven… If he comes back, I will buy some more.”

After the ball dropped, however, de Blasio, the anti-capitalist, tweeted,

“Jacking up your prices on people trying to celebrate the holidays? Classy, @dominos…. To the thousands who came to Times Square last night to ring in 2020, I’m sorry this corporate chain exploited you — stick it to them by patronizing one of our fantastic LOCAL pizzerias.”

I’m sure it will be surpassed, but that’s an early entrant in the 2020 “Asshole of the Year” competition. Nobody was forcing anyone to buy a pizza. The pizza guy was offering a product and a service, giving consumers an opportunity and a choice. (Socialists like de Blasio hate choice). I liked Althouse’s comment:

Were the “fantastic LOCAL pizzerias” bringing pizza out to these people who were enduring the city’s “rather degrading” detention of human beings in “holding pens”? If they were, were they charging less than an extra $15 for delivery to the site? De Blasio talks like a teenager. And he tweeted that from the official Twitter account of mayor of New York City.