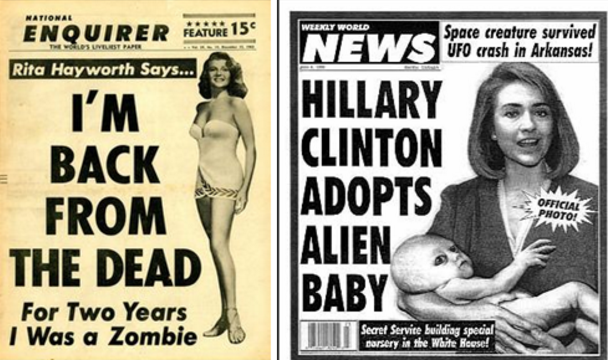 I should have  compiled this list  long ago; now I’ll be able to cite the exact variety of fake news we are discussing. Right now I have 19, but I will be updating and expanding this post and the resulting list. I’m certain I missed some. Suggestions from readers are encouraged.

1. Outright false stories deliberately published to mislead. This is what supporters of the news media want to be the only news labeled as fake. The infamous report that the Pope had endorsed Donald Trump is an example. The category includes hoaxes that the purveyors claim are jokes, when nothing abut their content or presentation is humorous.

2. Fake headlines and clickbait. There is so much of this that I’ll just pick the first one that comes up in my Ethics Alarms search. In May of 2019, the headline “Ciara Accepted Into Harvard University’s Prestigious Business School”  (Ciara is a pop diva.) appeared in several sources. No, she was about to attend aBusiness of Entertainment, Media and Sports programat the B-school that lasted all of three days.

3. Incompetent reporting. This occurs because so many journalists and editors have the IQs of cucumbers and went to school in tents. Here’s a recent one: ABC reported that a third of Australia was on fire.

The story went on:

The size of the fires across the country are twice as large as the state of Maryland and bigger than several other states, including Vermont, New Hampshire, Massachusetts and New Jersey.

Not just wrong, but hilariously wrong. The actual comparative size of the wildfires to the US was this: 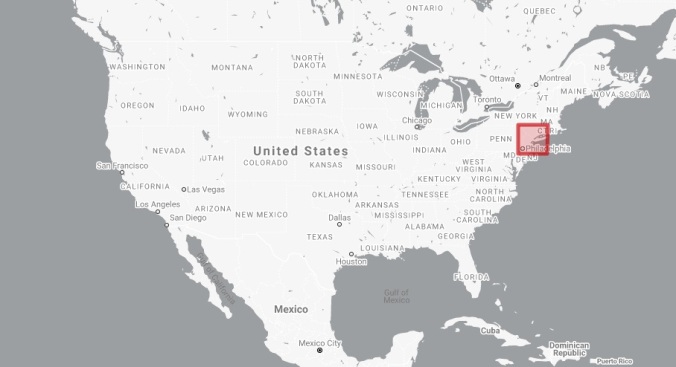 As blogger Stephen Green explained, ABC used  a map its staff didn’t understand. That map  reflects what a Japanese weather satellite picked up as hotspots on the continent. They weren’t fires.

And there are no reliable neutral news sources.

4. Distortion by  hyping and saturation. The MSNBC infatuation with the Mueller investigation will be a case study in this for the ages.

5. Recycled old news. A Facebook friend just posted a story about how a North Carolina town voted against solar panels because it would “suck up the sun.” She did not notice, or did not reveal, that the story was five years old, and the account she linked to was misleading anyway. An old story used to support a general proposition about society now is misleading. Of course, any old story, if true, may illustrate a general principle.

6. Fake history, my special pet peeve. “Clinton was impeached for having sex.””Nixon was impeached.” This , which I’m sure Ethics Alarms readers are sick of me griping about…

7. Appeal to unreliable authorities. The 25th Amendment fake news theme (the Amendment doesn’t apply to Donald Trump, and never did) has been a bonanza for this one. Bandy Lee, a rogue Yale professor who has aggressively defied the American Psychiatry Association’s “Goldwater Rule” by presuming to diagnose the President’s mental state without anything but her long-distance observations and her raging anti-Trump bias., has been repeatedly quoted to advance the “Trump is nuts” narrative, even though she is a pariah withing her own profession.

9. Fake news laundering. MSNBC reported an Iranian news source’s false claim that 30 U.S. soldiers had been killed in Iran’s botched revenge for the death of Iran’s terror specialist. The report that Iran’s generally unreliable state news agency said this was true, but MSNBC reported it in a manner that would make a viewer believe that false story.

10. Reporting false and misleading studies as reliable to support a re-established narrative.  Ezra Klein, a ex-Washington Post journalist who founded Vox, tweeted out the link to a nine-month-old Post article stating as fact that counties hosting Trump rallies saw massive spikes in hate crimes compared to counties that didn’t host Trump rallies. It was re-tweeted  more than 7,000 times and had more than 14,000 likes by the Trump Deranged.  That article was based on a study that had been debunked months ago by  Harvard University researchers Matthew Lilley and Brian Wheaton., who tried to replicate it and could not.  They discovered that “adding a simple statistical control for county population to the original analysis causes the estimated effect of Trump rallies on reported hate crimes to vanish. “Given how little scrutiny was required to reveal the flaws in the thesis that Trump rallies cause hate incidents, one cannot help but wonder whether its viral status was aided by journalists predisposed to believe its message,” the researchers noted.

11. Misleading analogies. Writing about the inexplicable case of a NYPD police officer who still has his job despite being arrested, tried, and sentenced in New Orleans to 15 days in jail with three years’ probation after pleading no contest to charges connected to his  kicking in a black woman’s door in a drunken rage, threatening her (“I’ll break every bone in your neck…”)and her sons while calling them “niggers” and showering them with obscenities. So the New York Times compared this case to another one:

The case of Officer Reynolds is again focusing scrutiny on the pace of the Police Department’s disciplinary process. In a prominent example of how it can drag on, five years passed before Officer Daniel Pantaleo, whose use of a prohibited chokehold contributed to the 2014 death in police custody of Eric Garner, was fired and stripped of his pension benefits in August.

Terrible analogy. What took the Panteleo case so long to be resolved is that it was not and still is not clear that the officer’s actions were the reason for Eric Garner’s death, and he was one of several officers involved in the Garner arrest. That episode took place in New York City, and roiled the black community, coming on the heels of the Michael Brown controversy. Officials in the Garner case were faced with balancing political considerations with matters of fairness and due process. None of these factors are involved in Reynolds’ case.

12. News that someone has an opinion that, if true, supports a media narrative. Yahoo! ran a story with the  headline: “Trump’s ‘biggest fear is that he gets exposed’: Former Chicago Mayor Rahm Emanuel.”  This kind of story can be ordered up on demand, and has become a plague during the 2016 Post Election Ethics Train Wreck. Unless President Trump told the former Chicago mayor (and former Obama aide) what his biggest fear is, this is a story about Rahn Emanuel’s opinions, not Trump’s fears. It is literally as legitimate news about the President as “Trump’s ‘biggest fear is getting gang-raped by giant snails’: Former Chicago Mayor Rahm Emanuel.”

13. Future news. This is another relatively recent plague. What might happen, and especially what is completely unlikely but a journalist wants dumb readers to worry about it anyway, is not news. The stories about how President Trump might refuse to leave office if he’s defeated for re-election are especially odious varieties of this category of fake news. The stories speculating that President Trump will pardon various targets of the Mueller investigation are also examples.

14. Hyping a non-news story into a national controversy to advance a political agenda. Could there be a more blatant instance of this than the Nick Sandmann debacle? An innocent, white Catholic school boy was photographed in a second  without the right expression on his face when he was being harassed by a Native American activist.  This was blown up by the Washington Post and other news sources as a demonstration of the racist proclivities of anyone who would wear a MAGA cap, or protest against abortion.

15. Publishing unsubstantiated reports as news stories. 12-year-old Amari Allen, a black sixth-grader at a Christian, Northern Virginia private school, said that three white boys held her down and cut off some of her dreadlocks. Before her account was investigated, it was reported as national news, with special mention being made of the fact that Karen Pence, the Vice President’s wife, teaches at the school. The child was lying, and the investigation uncovered this very quickly.

17. Misleading photographs. We discussed this here...

18. Deceptive editing. Classic example: In 2015, NPR did a hatchet job on Ted Cruz. presenting an interview with him on the air and cutting large segments of his responses to materially distort his views.

19. Quoting out of context. There is no more recurring or egregious example than the repeated media falsehood that President Trump said that the Neo-Nazis at Charlottesville included”many fine people.” He didn’t say that; in fact, he specifically stated that wasn’t true. (“I’m not talking about the neo-Nazis and the white nationalists, because they should be condemned totally.” ) He was saying that “many fine people” don’t believe statues of Robert E. Lee should be torn down, the false characterization persists.

22 thoughts on “The Many Species Of Fake News”