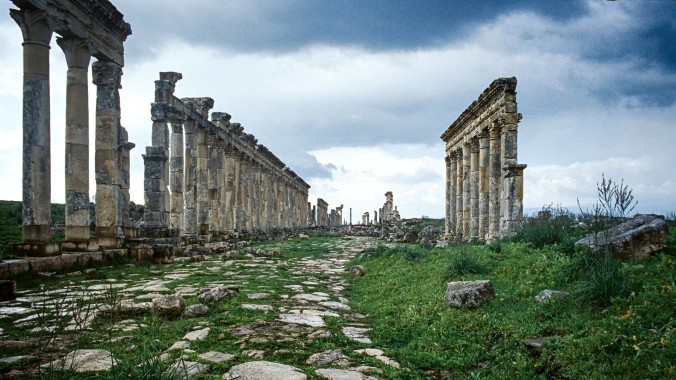 I apologize for not yet having completed and posted Part II, as was my intention, but happily, certified Ethics Alarms commenting ace Ryan Harkins entered a Comment of the Day that could have been Part II on its own.

Here is Ryan Harkins’ Comment of the Day on “The Vital Concept Of Culture, Part I: Ignore It At Civilization’s Peril”:

There’s a certain “you reap what you sow” in all of this. Western Civilization has spent the last few centuries slowly jettisoning classic understanding of morals and culture while embracing relativism, in which no one can absolutely say anything is right or wrong. From this new viewpoint of tolerance, we’ve bred a culture in which no one’s “truth” can be better than anyone else’s, and anyone who claims to know “truth” is a bigot. This opens the door to the idea of multiculturalism, where we celebrate this plurality of opinions because we want to show how good we are by accepting everyone else’s “truths”.

But what ultimately underlies this progression from classic values to utter chaos? I would posit that it is the ever-present temptation to redefine as “good” everything that “I want”. It is the grasping of the fruit of the tree of the knowledge of good and evil. All throughout history, we’ve undoubtedly had rationalizations for bad behavior. If someone says what we’re doing is wrong, we need to have an excuse that makes it not wrong. What the relativism of the modern age gives us is the perfect cover for all our immoral actions. I get to define what is right, because if you dare say what I’m doing is wrong, I barely have to defend myself. “That may be true for you, but it isn’t for me.” Or I can just accuse you of being a hater and walk away feeling justified.

Concerns over societal cohesion take a back seat in this model because the self is so exalted. If this drive is as I described above, then it is all about getting what I want. It is the id and the ego grasping and clinging, with no room for the superego, and almost no room for anything that might make me feel guilty. And the effects are predictable. We start fragmenting, beginning with the divide between those who hold to an absolute truth, and those who don’t. Those who don’t start splitting into their camps based upon their myriad disagreements and priorities. No, society can’t survive, but who cares, as long as I get what I want when I want it? The only reason to care about society is if society can be coerced into giving me what I want.

And as note, I have all these thoughts not solely from observing what’s going on around us, but by observing my own temptations and my desire to always think about myself and justify my wrongdoings. In fact, I might be projecting onto everyone else my internal struggles.

21 thoughts on “Comment Of The Day: “The Vital Concept Of Culture, Part I: Ignore It At Civilization’s Peril””