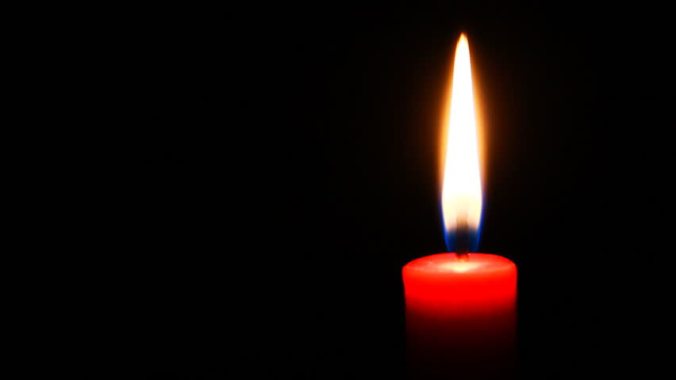 This superb Comment of the Day by Steve-O-in NJ, on the post, “KABOOM! At What Point Do Parents Blow The Whistle On Flagrant Ideological Indoctrination In Our Schools?,” needs no introduction.

It just needs to be read.

A USAF F-16 Fighting Falcon, mainstay of the last 12 years of the Cold War, launches to fly a patrol. In those years it could have been anywhere from Italy to Spain to Turkey, while throughout Europe squadrons of the same under allied flags kept watch. A USAF F-15 Eagle, older still (they entered service in 1976) takes to the air. In the Cold War they kept watch further north, in Germany, in England, and even at Keflavik in Iceland. Every day they drilled, every day they patrolled, every day they were ready to go into battle on command, to stop the tyrannical scourge of Soviet communism or die trying.

We’d made a deal we wished we hadn’t had to with them, because the alternative was the genocidal tyranny of Nazism. We’d either looked the other way on, or not asked and not been told about, or accepted their lies about the worst things they’d done then like the Katyn Forest Massacre. However, we’d also seen them try to starve and freeze West Berlin out, and we’d seen them roll right over Hungary in 1956 and Czechoslovakia in 1968 when they dared to try to move toward greater freedom. We would be damned if we were going to let them bring that tyranny to the Rhine or past it. We’d heard from those who escaped what the conditions were like on the other side of the Iron Curtain, and we wanted no part of them.

Now one of our political parties is likely to nominate a man who not only went behind the Iron Curtain, but did it willingly, for a honeymoon, when most of us head to someplace with a lot of sun and sand, or a lot of palazzos and palaces if the beach isn’t our thing. Not only did he go there, but he praised what he found there, in the place where those who dared speak out vanished and a refrigerator was a luxury item, saying it was a better system than we had here. Not only did he go there and praise what he found, but he did it while Ronald Reagan was finally arm-wrestling the Soviets to their final defeat, which would lead to their dissolution 3 years later. Not only all this, but he wants to bring that failed system here, on speed, and his followers say damned be anyone who stands in his way, because cities will burn otherwise.

I don’t know what’s more ironic (though not in an amusing way), that this system no longer exists in the nation where it originated (which also doesn’t exist anymore), or that the party that’s about to nominate this man is the same party that produced Thomas Jefferson, architect of the American brand of freedom, Andrew Jackson, who decisively stopped the first attempts to tear this nation apart, FDR, whom many still count as third in the great trinity of US presidents with Washington and Lincoln, and Harry Truman, who was the first president to stand up against this system that his party now wants to bring here.

Then again, when that party has repudiated its own history, and much of the educational establishment seeks to repudiate that history, it should come as no surprise that many do not know that history and can’t put this in any kind of perspective. It should come as no surprise that they can’t grasp the significance of Thomas Jefferson as the force behind the Bill of Rights, when all they hear about is his affair with Sally Hemmings, and they think that’s all they need to hear. It should not come as a surprise that they have never heard of the nullification crisis, when all they have heard about Andrew Jackson is that he owned slaves and persecuted Native Americans, so next! It should not be odd that they don’t understand what FDR was all about when all they hear about is his heavy-handed treatment of Japanese-Americans, so nothing else need be known. It also is no surprise that they don’t know thing one about Truman and the beginning of the Cold War when they think only the last President to come out of their party matters.

History is the crucible that burns away failure, the mirror that shows bad ideas for what they are, the candle that stops the darkness of lies from closing in. That’s why the left hates it so much. They want to break the crucible, shatter the mirror, snuff out the candle, so no one will grasp what they are trying and say “no!” before it’s too late.

They rant at what happened in Charlottesville and curse that we let the cancer of neo-Nazism grow in our midst when the Greatest Generation defeated them. Strangely, no one holds up the mirror and reminds them that that generation, and two that came after, defeated the equally deadly plague of Communism, and asks “why do you want to inject us with this deadly plague?”

Don’t be fooled. Light the candle, look into the mirror, then ignite the crucible and make certain this failure is burned away before it can destroy this country.

10 thoughts on “Comment Of The Day: “KABOOM! At What Point Do Parents Blow The Whistle On Flagrant Ideological Indoctrination In Our Schools?””