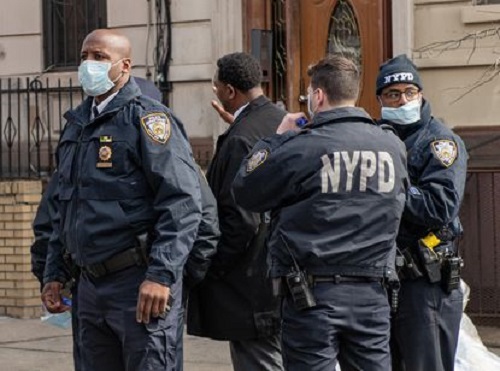 Let’s go through this one step by step. The quotes are from The Intercept’s account.

Police officers arrested three people in Brooklyn over the weekend after they allegedly “failed to maintain social distancing,” court documents reviewed by The Intercept show. 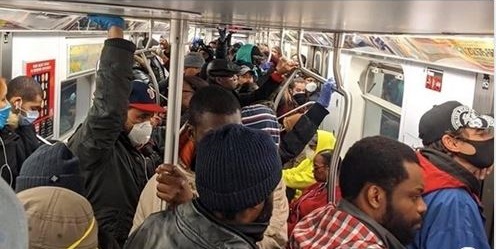 I don’t comprehend how anyone in New York City can be arrested, fined or anything else for “failing to maintain social distancing” when authorities daily ignore and accept the lack of social distancing on a mass scale. It is unethical for law enforcement to be that arbitrary and inconsistent.

…one of those arrested, a 37-year-old woman, disputed the facts described in the complaint, telling The Intercept that she had been in a parking lot with her boyfriend, who was also arrested, when she saw a group of people nearby dispersing into the street apparently after police ordered them to do so. The woman, who asked not to be named because the charges against her remain pending, told The Intercept that a large group of officers, wearing no masks, approached her and her boyfriend and told them it was “time to leave,” then proceeded to grab her boyfriend before they could do so. The interaction quickly escalated and officers pepper-sprayed two people as a crowd gathered to watch what was happening. “They actually brought the crowd inside that parking lot once they started bothering me,” she said.

The woman was taken to the local precinct and then to central booking, where she shared a cell with two dozen other women for the next 36 hours. Only women who already had masks when they were arrested were allowed to keep them. There was no soap and the cell was dirty, but at one point an officer went around distributing drops of hand sanitizer to the women held there. “They got us all bunched up in one cell,” the woman said. “Nobody gave us no tissues. Regular jail stuff. Once you go in there they are going to treat you like the scum of the earth.”

Observation: Jails and prisons are not equipped to take the precautions against the virus that are mandated elsewhere. It is impossible to suddenly add extra holding cells. On the other hand,  those who have been arrested (or convicted) shouldn’t have infection by a potentially fatal virus added to their punishment. On yet a third hand, allowing scofflaws and those who defy legal authority and the law be immune from arrest is a recipe for disaster. There is no satisfactory and ethical solution, but the conflict can be avoided by people not doing things requiring their arrest, and police applying reasonable discretion.

The woman was ultimately released on Sunday morning — but her employer has not allowed her back to work because of fears she was exposed to the virus while in detention.

Observation: Too bad. Mark down one more reason not to get arrested. I salute her for honestly telling her boss about her arrest, but his decisions was responsible and reasonable.

Two weeks into the city’s lockdown, as the death toll continues to climb and New Yorkers come to terms with their newly restricted lives, it remains largely unclear whether and how people can be forced to comply with the social distancing measures so essential to slowing the spread of the virus.

Comment: I can’t argue with that.  I’m not sure people can be “forced” to comply if the requirements continue to be arbitrary and contradictory in both description and enforcement.

And I ask yet again: with civil rights i question and under attack, where is the ACLU?