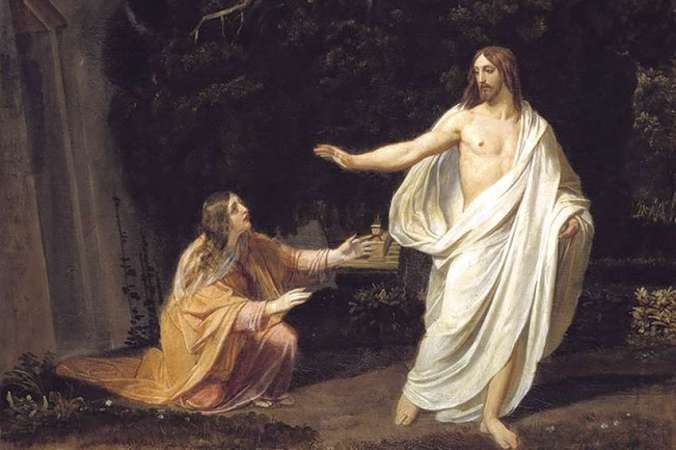 In today’s Warm-Up, I expressed my problems with Mark Tapscott’s blog post, titled “He Is Risen! Eight Reasons To Believe.”

To summarize the thrust of my criticism as I reiterated it in my replies to his comment and others, Mark argues persuasively that the authors of the Gospels were, at least in this case, trying to tell the story as they heard it, and were not trying to embellish or distort it in the telling to make it more credible in its time. Good. That does not mean, however, that the story they heard is in fact true. The post was also aimed in part at debunking conspiracy theories about the Resurrection being a hoax. Taking Mark’s argument as that, and that alone, it is also persuasive. However, proving something was not intentionally false does not prove it is true.

I will do this however: at the end of my discussion, I said that I regarded Mark’s argument as a tautology, where a controversial document is cited to prove the accuracy of the document itself, and that I regarded that device as intellectually dishonest. Mark’s response persuades me that my  assessment was unduly harsh and unfair, and I both retract and apologize to him for it.

Moreover, the fact that he chose to respond in person so quickly reaffirms my original favorable assessment of his professionalism and character.

First, thank you for your kind words regarding my secular writing. I hope that my work in that area continues to merit your approbation. We are, as I believe Confucius is reputed to have said, “cursed to live in interesting times.”

Unfortunately, my reaction is not nearly so positive regarding your critique of my post on eight reasons to believe Jesus was literally resurrected from the dead three days after His crucifixion, just as He said He would be.

“Intellectually dishonest” and tautological? With all due respect, your readers deserve more candor than that from you. You accuse me of these two errors because: “All of his reasons are based on New Testament text. If one believes that the New Testament text is true and accurate, then you don’t need any more reasons. His is a self-ratifying argument.”

If my post was simply arguing for the credibility and historical accuracy of the New Testament, your statement might well more accurately represent what I wrote. I did indeed assume the accuracy of the New Testament accounts of Jesus’ resurrection, but the eight reasons I offered concerned characteristics of the scriptural accounts and events that point a reasonable reader to their credibility.

For example, the fact women were the first to find the empty tomb and to see the resurrected Christ is significant because in that culture the testimony of two women was required to equal that of one man in order to be credible. That the Gospels rely in part on testimony that was not automatically accepted suggests that the authors were being faithful to the facts in reporting what actually happened rather than inventions of what they hoped would be more persuasive to readers. That’s not a tautology, it’s a reasonable inference based on historical fact.

Merely rejecting the eight reasons because they are drawn from a source you reject has the scent of an ad hominem response and the look of an evasion. Do you agree with me about the significance of the Gospel authors’ reporting women were the first witnesses of the empty tomb and resurrected Jesus? Make your argument on that point and we can perhaps then have a productive discussion.

BTW, regarding your grounds for rejecting the New Testament’s credibility, can you name one detail on which two or more of the Gospels “disagree,” as you put it, that relates to the core claim that Jesus was resurrected?