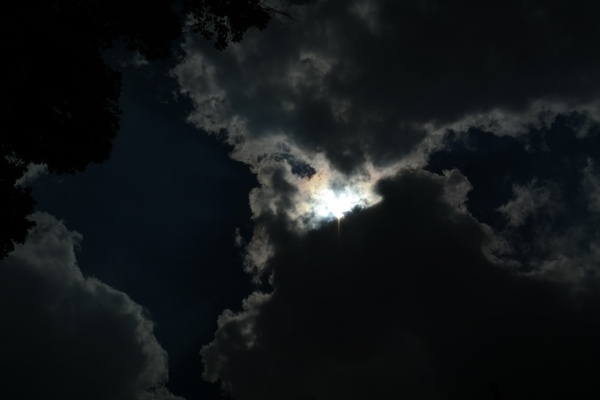 1. Here’s an ethics quote I need to use more often…I was watching the 1941 film “The Devil and Daniel Webster,” about a jury trial to determine whether the Devil will get a farmer’s soul as contracted.  It reminded me of a quote by Kurt Vonnegut: “A soul is the part of you that let’s you know when your brain isn’t working properly.”

A better definition of an ethics alarm you could not devise.

2. So where were the souls of the judges who voted for this? Thousands of prisoners have been released from incarceration to protect them from the outbreak of the Wuhan virus inside jails and prisons.  The theory is that subjecting prisoners to this special peril is cruel and unusual punishment. The theory’s not wrong, but it’s a bit unbalanced. Their peril is not entirely  society’s fault, after all.

There are activists at the extreme end of the progressive spectrum —a division getting larger all the time, it seems—who seem to want to eliminate penal punishment completely.  Not letting a crisis go to waste, a group of them , Columbia Legal Services, began pushing for inmates over 50 years old in Washington state to be released as a compassionate act to save them from the virus.

Among the intended beneficiaries: Gary Ridgeway, the Green River Killer, and Isaac Zamora,  serving a life sentence for going on  a shooting rampage and killing six  people. Ridgeway is one of the nation’s most frightening serial killers, eventually confessing to 71 murders. Over the three decades of the 1970s, ’80s and ’90s, Ridgeway captured women and girls, raped them, and  strangled them. He loved watching the life go out of their eyes as they died by his hand, though sometimes he used a  rope. Then he  would pose with the corpses. If he really liked his victim,  he’d have post mortem sex with her body. His first victims were found in the Green River, giving him a catchy name.

Ridgeway was sentenced to 500 years in prison with no possibility of parole. The victim’s families were promised that he would never be released. Ah, but poor Gary is 71 now, and thus at risk of succumbing to the pandemic, and presumed to be too feeble to be a threat. That, at least, is what Columbia Legal Services argued. (You know, I’m not much younger than Ridgeway, and I’m pretty certain I could murder someone. In fact, I’m getting ideas…)

Q13 News reported  that prosecutors protested that “the Petitioners [Columbia Legal Services] demand that 2/3 of the prison population be released into the community, a number which includes serial killers and capital murderers.” You would think that their argument would be a slam dunk. You would be wrong.

The Washington State Supreme Court ruled, it’s true, that those serial killers and capital murderers. including The Green River Killer, would have to face the Wuhan virus while behind bars.  But the vote was an uncomfortably close 5-4. Four members of the Washington State Supreme Court were ready to empty the state prisons of most of its  prisoners, including  the Green River Killer.

3. That’s okay; it’s not government censorship and suppression of information, so it’s perfectly ethical. Last week, two physicians, Dan Erickson and Artin Massihi of Accelerated Urgent Care in Bakersfield, California, explaining that they have administered more than 5,000 coronavirus tests, made headlines by  comparing the Wuhan virus to seasonal flus, and called for an end to quarantine measures. They presented their controversial opinion in an interview with KERO-TV , and the station  uploaded  it to YouTube where it “went viral,” eventually getting  more than five and a half million views.

So the video was taken down for “violating YouTube’s Terms of Service.”

KERO-TV submitted an appeal to YouTube about the removal, but received no response.  YouTube CEO Susan Wojcicki , however, had recently said that “Anything that would go against World Health Organization recommendations would be a violation of our policy … [removal] is another really important part of of our policy.”

Interesting. Any communication that contradicts the conclusions, advice and edicts of an international organization oddly in thrall to Communist China should be suppressed for the greater good, is that it? Erickson and Massihi certainly have a minority opinion. “Do we need to still shelter in place? Our answer is emphatically no,” Erickson said. “Do we need businesses to be shut down? Emphatically no. Do we need to test them and get them back to work? Absolutely.” Erickson said  that current virus and the seasonal flu are “similar in their prevalence and death rates.”

Then he warned  warned that quarantining could lead to weakened immune systems.

“Sheltering in place decreases your immune system. And then as we all come out of shelter in place with a lower immune system and start trading viruses, bacteria — what do you think is going to happen? Disease is going to spike,” Erickson explained.

It doesn’t matter to me whether these doctors are right or wrong. There has been so much bad information, conflicting information, mistaken information and misleading information from all sources, including the WHO and the CDC, that I have no idea who’s right. I would, however, like to be able to decide for myself without social media censors deciding what it’s safe for me to hear.

What’s going to stop them?