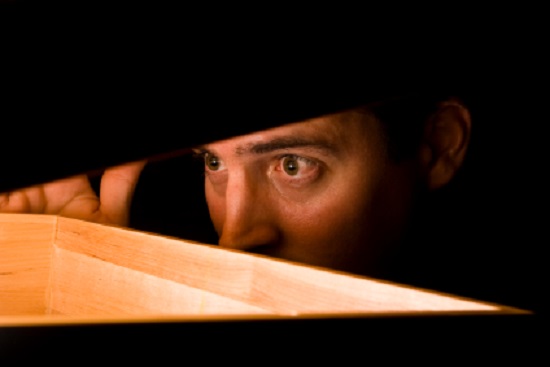 Well let’s check the ol’ ethics box and see what we have today!

1. That’s one coup option down the drain! Based on what reporters heard during the phoned-in oral arguments on Chiafalo v. Washington and State v. Baca, it appears that the Supreme Court is going to rule that states can require electors to vote for the candidates the state’s voters instructed them to vote for. If so, good. That will eliminate at least one of the unethical coup options that were attempted after Trump upset Clinton. You will recall that there was a mass effort to hijack the Electoral College using the rationalization that Alexander Hamilton would have approved.

Lawrence Lessig, the wacko Harvard law professor we have discussed here more than once, represented the electors who were blocked from voting against the electorate’s wishes. Maybe its just me, but if I’m going to be represented before the Supreme Court, I think I’d choose a lawyer who hadn’t announced that he was running for President  as a “referendum president” who would serve only as long as it took to pass some pet progressive legislation, and then would quit and let his VP take over. Lessig obviously does not take elections seriously; no wonder he thinks electors should be free to vote for Chucky Cheese.

2. “Nah, there’s no mainstream media bias!”, Fake History Division.  Adam Liptak, long-time SCOTUS reporter for the Times, writes in his story about #1 above,

“A swing by just 10 electors would have been enough to change the outcomes in five of the previous 58 presidential elections, according to a Supreme Court brief. In the 2000 election, after an assist from the Supreme Court, George W. Bush beat Al Gore by just five electoral votes.”

See how Liptak pushes a progressive narrative in what is supposed to be a news story? There was no “assist”; we now know that Bush would have won Florida’s electoral votes with or without SCOTUS halting the recount. What the ruling in 2000 assisted was the nation having an orderly transfer of power within a reasonable time. Even though the “Bush and the Supreme Court stole the Presidency” lie has been thoroughly exposed as such, Democrats and the news media keeps injecting it into the public’s consciousness by constant repetition.

3. I’m now turning my other diploma face to the wall...Georgetown University agreed to give its graduate assistants higher wages and more benefits after the university, received more than $6 million from American taxpayers to help it weather the pandemic. The school also has an endowment in excess of a billion dollars. Employees all over the country are seeing their jobs eliminated or their salaries reduced, but GU picked this as the time to capitulate to union demands in a dispute that dates from 2017. Well, why not? It just got a windfall!

4. Catching up on disgusting Trump tweets….Related to this post is a recent nasty tweet by the President. A few days ago, I suddenly saw a lot of views of a 2012 post I had completely forgotten about. It was one of my more vociferous condemnations of  Trump’s character, sparked by a tweet-attack he made on Ariana Huffington, saying that it was understandable that her husband left her for another man. (I can’t find it now. There are too many Trump posts to sift through.) Last week, the President topped that one (or burrowed under it), tweeting about “Morning Joe” Scarborough,

“When will they open a Cold Case on the Psycho Joe Scarborough matter in Florida. Did he get away with murder? Some people think so. Why did he leave Congress so quietly and quickly? Isn’t it obvious? What’s happening now? A total nut job!”

Stipulated: “Morning Joe” has been unusually unscrupulous and biased in its attacks on the President even for MSNBC, but so what? If Joe and Mika want to aim at the Trump Deranged demographic, there’s nothing to be done about it, any more than there’s any remedy in store for Charles Blow, Don Lemon, or Samantha Bee. It is amazing that the President is still incapable of rejectingg the poisoned bait they offer. He’s the President; such petty rumor-mongering is supposed to be beneath his office. Naturally, this latest outburst sparked a factcheck.

5. Is this discrimination? I don’t think so. If it is, it shouldn’t be. Lt. Col. Lawrence O’Toole, the assistant police chief for the St. Louis Metropolitan Police Department, is suing the city and police department, claiming he was passed over for the position of chief of police because he is white.

In the lawsuit, O’Toole claims that city Public Safety Director Jimmie Edwards told him, “If Jason Stockley didn’t happen, you would be the police chief.” Jason Stockley is a former police officer who was found not guilty of murder in 2017 following prosecution for the  2011 shooting death of Anthony Lamar Smith, a black drug suspect, after a high-speed pursuit and crash.  O’Toole was acting police chief at teh time, and the acquittal ignited intense protests by the black community. O’Toole’s suit  claims argues that Edwards’ statement is proof that he did not receive the job because of his race, a violation of the Missouri Human Rights Act.

A community should be able to make a rational decision that the race of the holder of a particular position is relevant and even an essential qualification in certain circumstances. We know that it is a decisive factor in choosing police chiefs in many cities, it is just unusual for someone in the decision-making process to be honest about it. The community has a potentially explosive race problem, and hiring O’Toole would exacerbate it. They need a qualified black officer in the job. If that violates the Missouri Human Rights Act as O’Toole’s lawsuit claims, the Act needs to be fixed.

26 thoughts on “Friday PM Ethics Discoveries, 5/15/2020: A Coup Option On The Way Out, A Narrative Reappears, Trump Tweets, Reasonable Discrimination Opposed, And More”