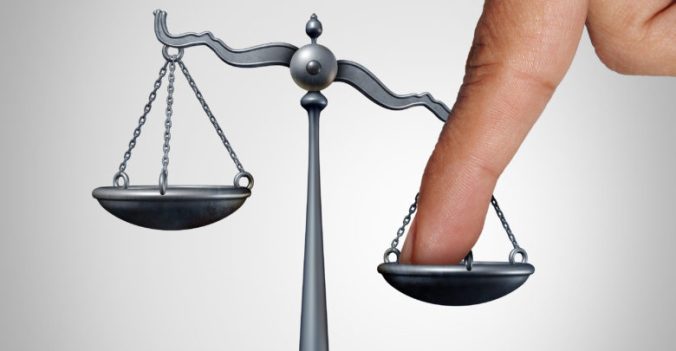 Twitter crossed the digital Rubicon this week, as we had to know it would sooner or later.  It added qualifying links to two of President Trump’s tweets  about mail-in ballots, in which he claimed they would cause the 2020 Presidential election to be “rigged.” The New York Times, typically, wrote that he “falsely” predicted that result, and there you have it: social media now is choosing to use its power to tell the public what opinions are “true.”…just like the New York Times and the rest of the mainstream media.

The links — which were in blue lettering at the bottom of the posts and punctuated by  exclamation marks — urged people to “get the facts” about voting by mail. Clicking on the links led to a CNN story that said Mr. Trump’s claims were unsubstantiated and to a list of bullet points that Twitter had compiled rebutting the “inaccuracies.”

Because CNN is where reasonable people go who want “the facts.”

Twitter, as a private rather than a government communications platform, can do this if it chooses, and the consequences to the company are likely to be far less serious than the consequences to public discourse. There is no way this kind of policing of speech, from the President or anyone else, can be done fairly, consistently and even-handedly. Already, Twitter has demonstrated hard ideological bias in its choices of which Twitter users to suspend or otherwise censor, and this escalation opens the door wide to more abuse. Will Twitter be similarly vigilant in calling out Democrats, activists, pundits and journalists on their excesses? You know they won’t; they couldn’t if they tried. Twitter’s wan excuse is that Trump’s tweets are special. I suspect the company is setting itself up for some serious federal regulation.

“This is the first time that Twitter has done something that has in some small way attempted to rein in the president,” said Tiffany C. Li, a visiting professor at Boston University School of Law. “There’s been a gradual shift in the way that Twitter has treated content moderation. You see them taking on more of their duty and responsibility to create a healthy online speech environment.”

There it is; the academic bias against the President bolstering the tech sector bias. A healthy online speech environment is one that mirrors the First Amendment. Amusingly, Facebook CEO Mark Zuckerberg criticized Twitter for its move, telling Fox News that privately-owned digital platforms should not act as the “arbiter of truth.”

“I just believe strongly that Facebook shouldn’t be the arbiter of truth of everything that people say online,” he added. “Private companies probably shouldn’t be, especially these platform companies, shouldn’t be in the position of doing that.”

Great. Someone ask Mark why Facebook won’t permit users to post Ethics Alarms articles, if that’s the way he feels.

Of course, the President is fulminating and blustering about “free speech”—he really doesn’t understand the Constitution—but he has a perfectly effective response in hand: end his Twitter account, and start a Facebook page. Meanwhile, I’ll violate my own rule against boycotts by noting that Republicans, fair-minded journalists, free speech supporters and anyone else who opposes manipulation of public opinion should hit Twitter where it hurts, and stop using the platform. It’s a dangerous and destructive force in American culture anyway, and now that it has decided to be the online authority on what opinions are acceptable, it is one more of many threats to our democracy that ought to be firmly opposed.

I’ll give Twitter a little bit of time to reconsider and back off, but absent a reversal, I’ll be shutting down my account.