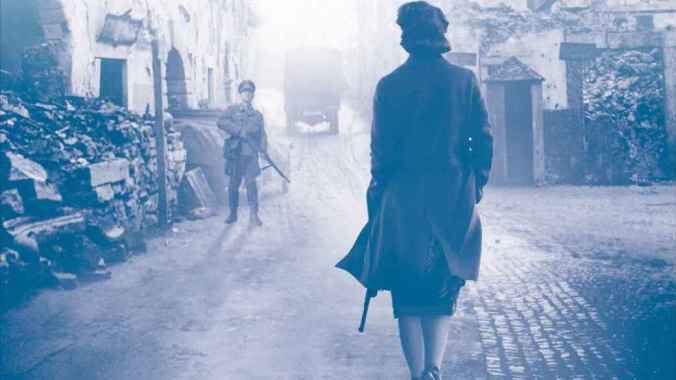 World War II continues to be the richest source of forgotten or obscure ethics heroes, and no figure fits that description better than American super-spy Virginia Hall.

Only in the last few years, as newly intense focus has been placed on  women’s contributions to society and history, has Hall’s story come out of the shadows: three books about Hall have been published, and  two movies are awaiting release, one to be streamed on Netflix. In Hall’s case, her anonymity was substantially her own doing. She had no interest in fame or accolades, and decisively rejected them. Hill left no memoirs, granted no interviews, and spoke rarely about her exploits, even to her family.

She was born into a wealthy and privileged Baltimore clan that assumed its daughter would follow the well-trod path of a debutante and eventually the wife of an appropriate young man from her own class. But Virginia was different, “capricious and cantankerous” in her own words.  She liked guns and adventure. She once went to school wearing a bracelet made of live snakes, just to shake up her teachers and class mates.

Hall attended Radcliffe and Barnard, then went abroad to study in Paris. She wanted to be a diplomat or even an ambassador, but received no support from the State Department. There were only six women among the 1,500 U.S. diplomats at the time, so she settled for a clerical job at a U.S. consulate in Turkey. While hunting birds in her spare time, she accidentally shot herself in the foot, and gangrene set in. Her left leg was amputated below the knee. Hall named the wooden leg that became her constant companion thereafter “Cuthbert.”

In 1937, she again applied to the Department of State to enter the diplomatic corps , this time being turned down because of a rule against hiring people with disabilities as diplomats, an especially odd restriction for a nation led by a disabled President. She quit her job as a consular clerk two years later, and at 34, joined the war effort before America did, becoming an ambulance driver in France in 1940. When France was invaded by the German army, Hall fled to Great Britain.  By purest chance she came in contact with a representative of British intelligence. Hill offered her services to the British Special Operations Executive (SOE), which trained her in weapons, communications, security, and resistance activities.

So it was that an American woman with a wooden leg  became one of the first British spies sent into Nazi-occupied France in 1941, posing as a reporter for the New York Post.

Primarily working out of Lyon, Hall organized agent networks and recruited French men and women to run safe houses, all while evading the Gestapo, which called her “The Limping Lady.” She became a master of disguise, often changing her appearance several times in a day and managing to become invisible despite the impediment of “Cuthbert.” She even had her nice, straight, American teeth ground down so she could pass as an elderly peasant woman, which was a favorite false identity.

Hall learned that twelve agents arrested by the French police in October 1941 were incarcerated at the Mauzac prison, and resolved to free them,  recruiting  the wife of a prisoner to engineer an escape. The wife visited the prison frequently to bring food and other items to her husband, and Hall instructed her on how to smuggle in tools inside tins of sardines. The tiny tools were in turn  used by one of the prisoners to make a key to the door of the barracks where the prisoners were held. On July 15, 1942, the prisoners escaped, prompting an intense manhunt by the Nazis.

After hiding in the woods, they connected with Hall in Lyon,  and she helped them get to Spain and  back to England. The official historian of the SOE called the escape “one of the war’s most useful operations of its kind” because several of the escapees returned to France and become leaders of active SOE networks.

After that episode, capturing Hall  became an obsession of the Gestapo’s infamous Klaus Barbie,”the Butcher of Lyon.”  Barbie distributed”wanted” posters of Hall that featured a drawing of her above the words “The Enemy’s Most Dangerous Spy — We Must Find And Destroy Her!”

Toward the end of 1942 the Nazis were closing in, so  Hall escaped to Spain, hiking three days and 50 miles in heavy snow over the  Pyrenees Mountains in an ordeal that added to her legend. At one point during the trek she sent a message to SOE saying that she was fine but Cuthbert was giving her trouble. The SOE answered that if Cuthbert was a problem she should ditch him, not realizing that she was referring to her wooden leg. While researching a book about Hall, the author, a marathon runner, traveled her route and found it exhausting—and he didn’t have to deal with “Cuthbert.”

After her narrow escape, Hall joined the OSS, the precursor to the CIA. In 1944, it sent her back, undercover, to France. She was was awarded the Distinguished Service Cross in 1945, becoming the only civilian woman to receive the honor. President Truman wanted the ceremony to be public, but Hall insisted that her honor be unpublicized.

After the war, Hall, who spoke fluent Italian among her many languages, was dispatched to Venice  where  she collected and transmitted economic, financial, and political intelligence regarding Communist activities. Next she worked for the National Committee for a Free Europe (NCFE), a CIA front organization associated with Radio Free Europe, and officially joined the CIA itself in 1951, assisting resistance groups in Iron Curtain countries.

This is by necessity a brief summary of an incredible life. The CIA has an exhibit on Hall in its museum, which is usually closed to the public (though I’ve seen it.) The CIA has named its Special Operations training building after Hall. She is also honored in D.C.’s Spy Museum. Websites that discuss the Virginia Hall story are here, here, here, here, and here.

I’ll be looking forward to the Netflix film, and my wife, who alerted me to Hill’s story, highly recommends the recent biography, “A Woman of No Importance.”