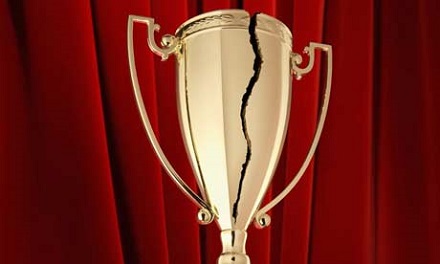 “People will do what they do.”

—-Speaker of the House Nancy Pelosi  yesterday, following being  asked at a press conference about her reaction to the statue of Christopher Columbus being torn down and dumped in the Bay by the usual gang of vandals and anarchists who are symbolically tearing down the United States and Western civilization, as well as its values.

I am serious about this being the Unethical Quote of the Year. I can’t imagine a worse one, once Pelosi’s status as the third ranking official in the United States Government and the leader of the Democratic Party is taken into consideration. This would be a morally, legally and ethically bankrupt statement if it came from a sociopathic teenager. Coming from a leader who people follow and trust, it is infinitely worse. Such an attitude strikes at the soul of civilized society. “They just do what they do” is a line from  “Jurassic Park,” as the paleontologist, Dr. Grant (Sam Neill) explains to the children that dinosaurs aren’t good or bad, they are just animals that “do what they do.”

But they were animals.

I’m going to restrain myself here, because I could literally write volumes about how odious Pelosi is. But this is just another smoking gun in that  diagnosis; there have been many others. The fact that a major political party could permit itself to be led and corrupted by someone with her ethics vacuum is one of the major reasons Democrats cannot be trusted with power. I could go through the Rationalizations List and rattle off the entries that “People will do what they do” echoes in one way or another, but it’s too easy. My guess is about 30.

Maryland Governor Larry Hogan criticized Pelosi in the lamest and most trivial manner possible, saying that Pelosi had “lost touch” with the Baltimore community. Yeah, that’s the ticket, Governor: shrugging off property destruction and lawlessness as if human beings are velociraptors indicates that Nancy needs to get to Little Italy and  have a canoli more often.  That’s more sensitivity than the rest of their party, apparently. I’m on the lookout for a prominent Democrat with the decency and guts to call Pelosi’s words what they are. I suspect I’ll be waiting a long time.

It helps, of course, that the mainstream news media is ignoring Pelosi’s disgusting remark. I just checked: Fox, the New York Post,  The Hill, RealClearPolitics, CNS, The Federalist—no New York Times (The Epoch Times, though!), no Washington Post, no CNN, ABC, CBS or NBC. Well, to be fair, the fact that Nancy Pelosi is despicable isn’t news, or shouldn’t be.

Jonathan Turley’s blog was on the list. He wrote in part, “Her comment explains why a recently arrested supporter of Antifa declared that they are winning in the campaign to destroy statues and memorials….It is disgraceful that a Speaker of the House of Representatives, and the third in line for the presidency of the United States, should have to be prodded to condemn such unlawful action and even then will not do so….”

She’s a terrible human being, one who corrupts and weakens the nation she vowed to protect and serve every nanosecond she remains in a position of power. That also makes her a dangerous one.

As for the Democratic Party, the fish rots from the head down.