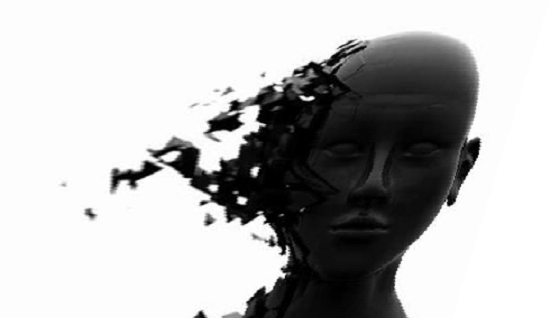 The Proceedings of the National Academy of Sciences is a peer-reviewed journal that claims to publish “only the highest quality scientific research.” Now, the authors of a 2019 PNAS article are disowning their research simply because I cited it.

Psychologists Joseph Cesario of Michigan State and David Johnson of the University of Maryland analyzed 917 fatal police shootings of civilians from 2015 to test whether the race of the officer or the civilian predicted fatal police shootings. Neither did. Once “race specific rates of violent crime” are taken into account, the authors found, there are no disparities among those fatally shot by the police. These findings accord with decades of research showing that civilian behavior is the greatest influence on police behavior.

In September 2019, I cited the article’s finding in congressional testimony. I also referred to it in a City Journal article, in which I noted that two Princeton political scientists, Dean Knox and Jonathan Mummolo, had challenged the study design. Messrs. Cesario and Johnson stood by their findings. Even under the study design proposed by Messrs. Knox and Mummolo, they wrote, there is again “no significant evidence of anti-black disparity in the likelihood of being fatally shot by the police.”

My June 3 Journal op-ed quoted the PNAS article’s conclusion verbatim. It set off a firestorm at Michigan State. The university’s Graduate Employees Union pressured the MSU press office to apologize for the “harm it caused” by mentioning my article in a newsletter. The union targeted physicist Steve Hsu, who had approved funding for Mr. Cesario’s research. MSU sacked Mr. Hsu from his administrative position. PNAS editorialized that Messrs. Cesario and Johnson had “poorly framed” their article—the one that got through the journal’s three levels of editorial and peer review.

Mr. Cesario told this page that Mr. Hsu’s dismissal could narrow the “kinds of topics people can talk about, or what kinds of conclusions people can come to.” Now he and Mr. Johnson have themselves jeopardized the possibility of politically neutral scholarship. On Monday they retracted their paper. They say they stand behind its conclusion and statistical approach but complain about its “misuse,” specifically mentioning my op-eds.

The authors don’t say how I misused their work.

In a move redolent of Soviet-style retroactive censorship, Michigan State University deleted its press release promoting the study, which had said in part,

Reports of racially motivated, fatal shootings by police officers have garnered extensive public attention and sparked activism across the nation. New research from Michigan State University and University of Maryland reveals findings that flip many of these reports on their heads – white police officers are not more likely to have shot minority citizens than non-white officers.

“Until now, there’s never been a systematic, nationwide study to determine the characteristics of police involved in fatal officer-involved shootings,” said Joseph Cesario, co-author and professor of psychology at MSU. “There are so many examples of people saying that when black citizens are shot by police, it’s white officers shooting them. In fact, our findings show no support that black citizens are more likely to be shot by white officers.”

This is a truly disheartening development in so many ways. Ethics Alarms has documented to the extent such a forum can  the corruption of virtually all the professions as they became intimidated and politicized by “resistance” colleagues and peers, as well as their workplace bubbles, following the 2016 election. Politicians, high elected officials, academics and educators, political scientists, historians, psychiatrists, diplomats, medical doctors (like those who pronounced the George Floyd protests as in the interest of public health),  writers, lawyers, judges,  journalists of course, even comedians, and, tragically ethicists have abandoned the principles of their field’s ethics that justify public trust.

This latest, however, is devastating. Researchers, it seems clear,  have experienced such hostility from peers, and have been placed in such fear of professional reprisals (or worse), that they are withdrawing their study rather than defending it. In doing so they are demonstrating the revolting void of courage and principle that now appears to be the norm in academia. Moreover, the assertionthat knowledge must be rejected on the basis of the manner in which that knowledge is used and who uses it is too repugnant to endure.

Cesario and Johnson should know that they have put the final nails into the credibility of any research supporting progressive goals, in particular that involving climate change, but also gun policy research, immigration studies and more. Now that we know the research establishment’s dedication to enlightenment will be controlled according to what findings will support “acceptable” positions, we can comfortably pronounce any and all research with policy implications too untrustworthy to be useful.