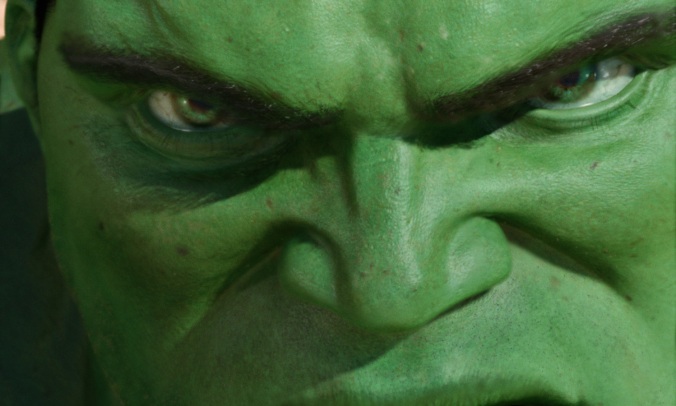 In other words, a bad idea…but I don’t have much choice.

1. Let’s see if talking about two ethics movies helps. In honor of Wilfred Brimley’s death last week, I watched “Absence of Malice” from the beginning for the first time in decades. The film is shockingly relevant. It deftly exposes both the culture behind unethical journalism and the abuse of government investigations, and in both cases the arrogant “the ends justify the means” mentality that infects both professions at fault. I venture that it is impossible to see the movie now and not think about Mike Flynn, the Times and CNN, fake news, the Russian collusion investigation, Adam Schiff  and the weaponization of leaks.

The main difference between the movie and what we have watched in real life over the last nearly four years is scope: “Absence of Malice” is about a local investigation, and there is an implication that what we see isn’t typical, but a single instance of a system going wrong because of a couple of “bad apples.” Now we know, or should, that the film was a harbinger of things to come.

All of the ethics points are made the Assistant US Attorney General James Wells, played by Brimley, when he gathers the involved parties at a courthouse in the movie’s climax. The whole scene isn’t on YouTube, which is too bad, but two of Brimley’s speeches stand out:

To the ambitious and arrogant reporter played by Sally Field:

“You know and I know that we can’t tell you what to print, or what not to. We  hope the press will act responsibly. But when you don’t, there ain’t a lot we can do about it.”

And referring to his subordinate, an ambitious and arrogant prosecutor played by Bob Balaban:

“We can’t have people go around leaking stuff for their own reasons. It ain’t legal. And worse than that, by God it ain’t right.”

The other ethics film I watched was “Hondo,” a John Wayne movie based on a Louie L’amour novel. Somehow I had missed it, even though I have seen almost all of Wayne’s “A” films, and quite a few of his “B” and “C” efforts as well. “Hondo” was a product of Wayne’s own production company. There are ethics themes in many Wayne movies, but perhaps this one qualifies more than the rest as an ethics film.

The movie has honesty and integrity as its main themes, and is especially interesting in the light of efforts by the cancel mob to paint Wayne as a racist. In “Hondo,” he plays a wandering gun-fighter who is part Indian, and whose respect for the tribes and sympathy for their plight in America is palpable. It’s an excellent and thought-provoking film; picking the Duke’s top ten is impossible, but “Hondo” is easily in his top 20.

2. The awful Senator Hirono. Hawaii Senator Maizie Hirono repeatedly refused to specifically condemn Antifa, retreating to “all violent extremists are bad” rhetoric. She ultimately walked out of Senator Ted Cruz’s hearing on “The Right of the People Peaceably to Assemble: Protecting Speech by Stopping Anarchist Violence” after he asked her to clarify whether she included Antifa in her definition of violent extremists. She refused, and then walked out of the hearing, taking six other Senators with her, and for the life of me I can’t find out their names because our news media is hopeless.

3. More on Cruz: Senator Cruz’s statement on Black Lives Matter during his hearing warrants circulation, and I’d love to hear all the lazy and craven Black Lives Matter shills respond to his points. He said this after Hirono said that “Defund the police” wasn’t intended literally:

What else does BLM the organization support? On its website it is called for a “boycott of white capitalism.” In 2017, they called on people not to spend any money with white corporations. And not only that, the BLM website says that one of their objective is dismantling the “patriarchal practices and disrupting the Western prescribed nuclear family.” That’s what they say their objectives are. Now the reason that matters is right now corporate America is desperate to demonstrate their virtue as we see great racial dissension.

This is dangerous and it’s worth understanding that when corporate America floods millions of dollars into explicitly Marxist terrorist organizations that glorify cop killers, that glorify violence, that the violence and terrorism that flows from that should not be surprising.

4. About those scientists whose recommendations should always be  followed and not hindered by skepticism... A new study released this week by the science journal Nature Ecology and Evolution suggests that efforts to save the big, cuddly, lovable giant panda from extinction have accelerated the threat of extinction of other large mammals in the region. The study, led by Sheng Li, of Peking University, and William McShea, of the Smithsonian Conservation Biology Institute, shows that leopards, snow leopards, wolves and Asian wild dogs have disappeared in areas protected for the giant panda.

Since the giant panda reserves were set up in China during the 1960s, leopards have disappeared from 81% of reserves, snow leopards from 38%, wolves from 77% and Asian wild dogs from 95%. Researchers found that as leopards and wolves disappeared, deer and livestock have proliferated,  causing damage to natural habitats for surrounding wildlife, including the pandas.

But regarding the pandemic, doubting the experts is proof of anti-science bias.

5. And speaking of that: Data shows that 80-90 percent of people in Finland and Holland say they “never” wear masks when they go out, a sharp contrast to the 80-90 percent of people in Spain and Italy who say they “always” wear masks when they go out. In the Netherlands,public health officials explain why they’re not recommending masks: “From a medical point of view, there is no evidence of a medical effect of wearing face masks, so we decided not to impose a national obligation,” said Medical Care Minister Tamara van Ark.

“Face masks in public places are not necessary, based on all the current evidence,” said Coen Berends, spokesman for the National Institute for Public Health and the Environment. [Source: Foundation for Economic Education]

Great, now I’m in a worse mood than when I started.

6 thoughts on “Morning Ethics Warm-Up, 8/7/2020: Writing The Morning Warm-Up While In A Foul Mood Is Like Grocery Shopping When You’re Hungry..”