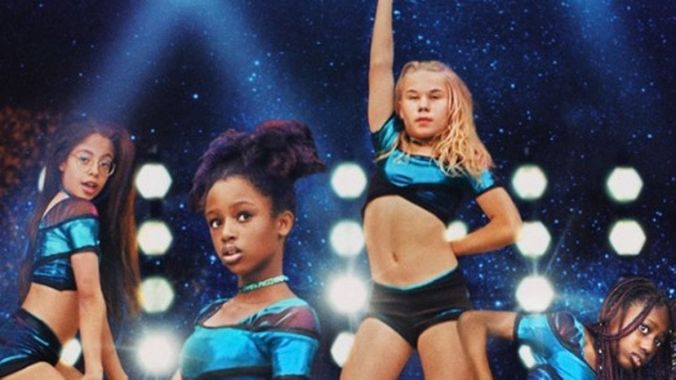 Well this is confusing: Humble Talent appended his Comment of the Day, a timely review of the controversial Netflix film “Cuties,” to yesterday’s ethics warm-up, even though that post contained nothing even vaguely related to “Cuties.” It was really a comment on the post above from August, though you won’t find it there.

In that post, I noted that conservative pundit Rod Dreher  had written, before the Netflix production was available to subscribers,

“Twerking their way to stardom. Eleven years old….These are little girls, and this Netflix show has the acting like strippers as a way of finding their way to liberation. What is wrong with these Netflix people? Do they not have children? Do they think our daughters are only valuable insofar as they can cosplay as sluts who are sexually available to men? ….There is nothing politicians can do about this…I hope sometime this fall a Senate committee calls Netflix CEO Reed Hastings] to Capitol Hill and forces him to talk about how proud he is that he has 11 year olds twerking on his degenerate network.”

Now the film is available, and here is Humble Talent’s Comment of the Day, as he watched it so you don’t have to:

We talked about this back in August, but it released today, and the responses [ on the film review site Rotten Tomatoes] are…. predictable. I don’t think I’ve ever seen such a drastic reviewer/viewer ratio. It’s heartening, maybe that the top reviewers are much more mixed than the (in my opinion) ideologically driven proletariat reviewers, but not by much.

I watched “Cuties” because I figured if I was going to hate it, I should watch it first and hate it from a position of knowledge. Pro tip: Make a drinking game out of it. Maybe a shot every time you see a preteen’s underwear. Because if you’re going to decide to watch something that makes you feel like an awful perv, you might as well end up blackout drunk.

Addressing the elephant in the room, it seems like a fundamental lack of self awareness that led someone to make a movie that ostensibly addresses the difficulties of childhood and the sexualization of young girls by overtly and continuously sexualizing young girls. The message, believe it or not, isn’t a bad one, and especially the juxtaposition of old world/new world values was almost interesting, but it could have been achieved without resorting to softcore pedo porn, and it’s really hard to get past that. The cinematography was ridiculous, particularly around the “dancing” (and I use that term ever so loosely) scenes where the camera inevitably focused on the ass, crotch or chest of girls too young to have an ass, crotch or chest. It was so obvious and egregious, that for one scene, I timed the parts of the scene where you could see a face, and the time you could see an ass, and the ass won. It was not close.Put plainly, the film delivered on both the hopes or fears of the trailer, depending on your point of view.

Moving past that though, the film was… bad. I found the plot criminally disjointed. It feels like either there was either a whole lot more film or that the film was supposed to flow differently than the finished picture, and it was absolutely massacred in the cutting room. Transition between scenes was always at least awkward, and were often outright jarring, I found myself continually asking “how the hell did I get here?” and I hadn’t even started the shots yet. There was also a problem with buy-in: the plot seems fundamentally unable to demonstrate consequences to actions, even as the protagonists behavior devolved into more and more extreme acts, both from the position of the cultures she was superficially a part of, and the culture of the audience (unless, it bears noting, your audience is comprised mainly of pedophiles).

As to things that were OK; The acting was passable, the actors did as much with the source material as they could have. Although, (and I realize that despite writing “moving past that” a paragraph ago, I really haven’t) that starts to beg some really uncomfortable questions like: “How long did these girls have to spend with how many adults, over the course of how many cuts, to say those words right or do those actions “properly”? The other thing that I can’t really find fault in is the OST [that’s the soundtrack, for those not up on the latest jargon]. Throughout the film, the soundtrack either clapped (as most booty music does), or adequately framed the scenes in a way that didn’t make it any worse than the contrivances were in and of themselves. That’s really it.

I find the ratings of the professional reviewers to be nonsensical. There’s no universe where someone watches this film and objectively thinks that the film delivered anything good in any meaningful way. Even if you were able to CGI the girls in to remove all the ethical considerations of having 11 year old girls twerk-whore themselves out of trouble (that happened), the movie failed every aspiration it could possibly have.

I give it 1 out of 17, which is the number of full and empty shot glasses I had when the film was done, and may God have mercy on your soul.

I’m back only to note that when I type “Cuties” into Google, it asks, “Don’t you mean “Cooties”?