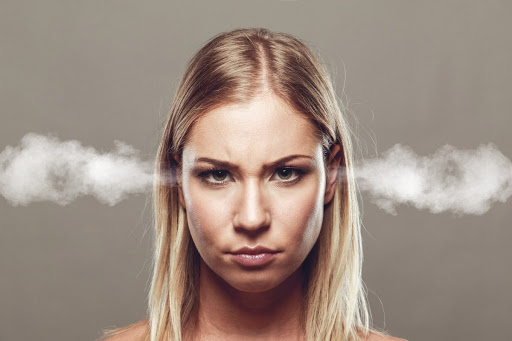 We just passed 300,000 comments on Ethics Alarms, and I’ll stack the consistent quality of them against any other blog on the web.

1.Regarding the gall, intellectual dishonesty and hypocrisy of Democrats and their supporters complaining about the President insisting on examining the returns and various irregularities before accepting the networks’ declaration that Biden won. I could not believe that Mitch McConnell and I would ever agree on anything, but we do this time. Yesterday he said in part on the floor of the Senate,

“Let’s not have any lectures, no lectures, about how the president should immediately, cheerfully accept preliminary election results from the same characters who just spent four years refusing to accept the validity of the last election and who insinuated that this one would be illegitimate too if they lost again — only if they lost,” the majority leader added. In fact, millions of Americans signed a petition urging the electors to vote for Hillary Clinton after Trump won in 2016. The people who push this hysteria could not have any more egg on their faces than they do right now,”

2. Please note: unethical law firms just pay out damages and fines. It’s only individual lawyers—usually the little guys, sole practitioners— who get disciplined. A state court judge in Houston dismissed a $750 million lawsuit against the huge international law firm Jones Day filed by Berkshire Hathaway. The lawsuit alleged the law firm participated in a “massive fraud” in connection with its work on an acquisition in Germany. The case can be refiled, and probably will. A law firm committing fraud means that its partners were responsible for the fraud, but unethical or even criminal conduct by large law firms seldom result in discipline for the law firm’s partners. The technical reason is that bar associations don’t oversee firms, just individual lawyers, so for big firms assisting their clients in frauds and other crimes, there is safety in numbers.

3. “And now, the rest of the story…” in 2016 Ethics Alarms told the tale of  “Shuffle Along, Or The Making of the Musical Sensation of 1921 and All That Followed,” a hit Broadway musical with 10 Tony nominations that looked like a long-running bonanza for investors.  Then its acclaimed star Audra McDonald had to leave the cast due to a surprising pregnancy (the actress was 45). As soon as a replacement was named, ticket sales plummeted, so the show was closed. Producers had purchased a $14 million insurance policy from Lloyd’s of London to cover any damages arising if McDonald “was unable to perform because of an accident or illness,” but the company refused to pay, arguing that the pregnancy was neither an accident nor an illness. Ethics Alarms reasoned in part,

According to the lawsuit, Audra McDonald was contractually  committed to perform 52 weeks in the show’s cast. About four days before opening night, she informed the producers that she was pregnant… So we begin with the question of what constitutes an “accidental” pregnancy. I assume we can all agree that the “illness’ provision doesn’t apply. Having children at advanced ages is something of a rich celebrity fad these days, and most of the time, it is certainly not an accident, since getting pregnant at that age usually requires a special effort.

Did McDonald get pregnant and withhold the information from producers until it was too late to replace her? That would be the rebuttable presumption, if I were judging the case. The timing is very suspicious. If she got pregnant intentionally after signing her performance contract, knowing she was trying to have a baby, then she deliberately misled her producers to have her baby and the marquee too.

I assume that asking an actress if she’s pregnant, trying to get pregnant or likely to do so during the run of the show is prohibited during employment negotiations; nevertheless, it is still unethical for a non-fungible, essential employee to intentionally incapacitate herself from delivering on contractual obligations. If her pregnancy wasn’t an accident, in other words, McDonald placed a Broadway show, a large investment, and many jobs and careers in jeopardy for her own ends.

I also assume that the producers have a duty to mitigate damages. Once they knew McDonald was pregnant, they had to know a reckoning was coming. Especially with a 45-year-old expectant mother, an early order from doctors to stop tap-dancing was, or should have been, entirely predictable. Why didn’t they just delay the show’s opening and replace her immediately? Were they afraid of feminists attacking their decision as part of  “war on women”?  Is the lawsuit just a desperate attempt to avoid the consequences of either their star’s double-cross or their own bad gamble? Did they say at some point, “Okay, let’s see if we can get the show established while Audra can still tap, and if it looks like audiences won’t buy tickets without her, we can always make Lloyd’s pay for it.”

This could be attempted insurance fraud. Is there a legal presumption that a pregnancy is volitional? How about a logical presumption? Does the presumption reverse if a 45-year-old woman is the mother? Does privacy figure in this at all? Are the producers counting on Lloyd’s being squeamish about trying to prove in court that Audra had tried to get pregnant? I think that the show has the burden of showing that the terms of the policy were met, which means finding convincing evidence that the pregnancy was an accident.  Good luck with that, although Audra has every  motivation to help them, because if it wasn’t an accident, she intentionally harmed the production.

The producers could sue her next. Would they dare to sue a popular [African-American] female performer for getting pregnant, though?I can’t wait to see what happens.

Based on what we know, however, Lloyd’s is on the right legal and ethical side.

And the rest of the story? The producers and Lloyd’s finally settled last month, For what, nobody’s saying.

4.Baseball and management ethics. Here’s another lawsuit, this one arising out of the Houston Astros cheating scandal that I revisited a few days ago while expressing my disgust that its prime architect, Alex Cora, was rehired by the Boston Red Sox.

Former Astros president of baseball operations Jeff Luhnow has filed a lawsuit against The Astros for breach of contract. The Astros owner fired Luhnow last January after details of the infamous sign-stealing scandal became publicly known via a league report, which found that Luhnow had at least some knowledge of the wrongdoing and, as the General Manager, was ultimately responsible for the actions of his employees.

Luhnow had signed a contract extension that would have kept him in Houston through the 2023 season, and his lawsuit claims the contract was worth “more than $31 million.” Thus  Luhnow reasons the firing cost him “more than $22 million in guaranteed compensation” as well as other benefits. He claims he was innocent and knew nothing of the Astros elaborate cheating that disgraced the club, tainted its championship and cost the team its good reputation, money and draft choices.

As GM, it was his job to know. Not knowing justifies the firing, just as knowing about it and doing nothing to stop the cheating mandates firing for cause.

5. And now for something—and someone—completely stupid:

Yes, that’s consistently unethical, ignorant and shameless MSNBC anchor Joy Reid, once again raising the question of how any responsible news organization, or even MSNBC, can employ someone like her.

As many rushed to Twitter to inform her, Nate Silver’s “538” blog is not named after the margin in Florida (which wasn’t 538) but the number of electoral votes in the Electoral College. Moreover, the Supreme Court did not “reverse” any election result, but rather halted an unconstitutional recount that varied from precinct to precinct and thus violated the Equal Protection Clause. It then halted the recount completely, because it appeared to risk going on forever. Gore was never ahead in the Florida vote count at any time.

This is the level of care, competence and respect for facts regularly exhibited by a woman who is supposed to be trustworthy and inform the public.