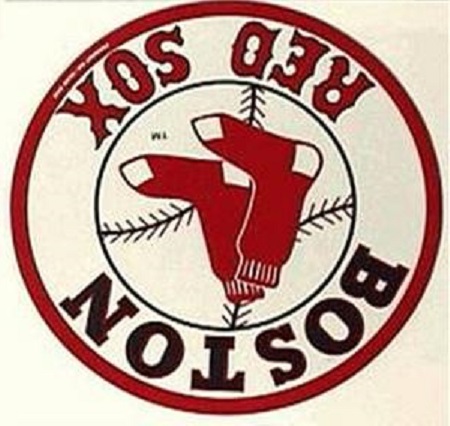 The decision, announced yesterday, by the Boston Red Sox to rehire disgraced manager Alex Cora to a two-year contract that will again put him at the helm of the team is disgusting and indefensible, unethical to the core. For me, it constitutes 2020’s second major ethics offense by an organization and a sport that has been important on many levels throughout my life, substantially challenging my loyalty and affection.

I was going to call the post “Ethics Strike Two On the Boston Red Sox,” but that formula would require me to give the team a third chance to disgrace itself before I called it “out” of my life, and I don’t know if I can do that. Nonetheless, I’m going to attempt to keep the emotional component of this most recent ethics breach on the metaphorical bench in this post as I try to be objective.

I won’t promise that I will succeed.

Cora was fired by the Red Sox in January after he was found to be the architect of the Astros’ 2017 sign-stealing scheme, one of the worst scandals in Major League Baseball history, trailing only the 1918 Black Sox scandal and the illegal player steroid era in its degree of damage to the sport. Commissioner Rob Manfred later suspended Cora through the end of the 2020 postseason. The revelation that Cora, a bench coach for then Astros manager A. J. Hinch,  had been at the center of an organized cheating scheme that helped bring the Houston Astros a World Championship also cast a shadow over the following year’s World Championship achieved by the Boston Red Sox, which had hired Cora as its manager. Did the cheating mastermind from Houston bring his unethical ways to his first managing job? Why wouldn’t he?

Sure enough, it was revealed that during Cora’s first season in Boston, players were using the video replay-room to steal  opposing scene signs, though this cheat, unlike Cora’s scheme in Houston, did not extend into the play-offs and World Series. Many speculated that the second scandal would result in Cora’s being banned from baseball for life, or at least a multi-year suspension. Amazingly, he was found to have no culpability at all, as the entire matter was blamed on Sox replay coordinator J.T. Watkins. Note please that Houston’s 2017 manager and its general manager were both fired and suspended for a year because they were in charge during Cora’s unethical actions, but Cora received no additional punishment despite Watkins’ cheating having occurred on his watch in Boston.

This made no sense. If Hinch, Houston’s manager, was punished as harshly as his subordinate Cora for Cora’s cheating in 2017—and that was the correct call by Manfred—why wasn’t Cora held to the same standard as manager of the Red Sox, when it was determined that his subordinate had been engaged in a pattern of cheating, though a less extensive and pervasive one? Baseball’s investigation determined that Cora “didn’t know” about what Watkins was doing to illicitly help some Boston batter. First, I don’t believe it, and second, so what? He was accountable. It was his job to know.

Why was Alex Cora treated so leniently by baseball despite having been responsible for tainting two World Championships in two cities? I didn’t consider it at the time, but the mass virtue-signaling, and race-based groveling set off by the George Floyd Ethics Train Wreck later in 2020 has sharpened my focus. Baseball has a dearth of minorities in its management ranks, and Alex Cora, a Puerto Rican and a Manager of Color, was one of the most prominent and successful of the few baseball did have, a rising star. In retrospect, I think Manfred was  deliberately creating a path back into managing for a valuable PR asset.

The Red Sox had replaced Cora with his mediocre bench coach, Ron Roenicke. That was suspicious, and a questionable decision. All of Cora’s coaches in Boston should have been held officially responsible for the team’s 2018 sign-stealing; his tenure was permanently poisoned both by that and even more by what he had done in Houston. I expected the Red Sox management to start with a clean slate; instead, they hired a journeyman manager, connected to Cora, who looked like a place-holder. Many sportswriters suggested that Roenicke was going to be a one-year patsy, and that Cora would be hired as soon as his suspension was lifted. I didn’t believe it. I didn’t believe that the team could be that cynical, unethical, and stupid.

I need to read my own Rationalizations list. I was watching the King’s Pass in its most common form, and couldn’t see it because I didn’t want to.

Roenicke’s first year was a disaster, not that he ever had a chance. The season was a 60-game mess, thanks to the Wuhan virus. The team had to trade its superstar, Mookie Betts, and its pitching ace, Chris Sale, had arm surgery. Along with other injuries and off-seasons, the perennial contenders finished last in their division with a miserable 24-36 record that doesn’t reflect the sheer ugliness of the season. Poor Roenicke was fired before the regular season was over.

My Boston sportswriter friend was certain that the team would re-hire Cora, and felt it would be the perfect choice. I was aghast. Surely the team—my team, since I was 11-years old–couldn’t be so willing to excuse and embrace corruption. I was encouraged when Boston interviewed other candidates during the search for Roenicke’s replacement, but my friend called it. New baseball operations leader Chaim Bloom indeed hired Cora, probably with a nudge from ownership, which knows that it has major repair work to do with Boston’s fans. Cora was popular; maybe he still is with those members of Red Sox Nation who have dead ethics alarms.

For the Boston Red Sox to shrug off Cora’s history as an ethics corrupter is  itself corrupting to the culture. As one baseball website noted yesterday, “Cora’s hiring is further indication clubs are generally willing to look past individuals’ wrongdoings so long as they’re capable of helping the team win games.” That’s an understatement.

The fact that Cora was well liked by players and fans before he was discovered to be a corrupting influence is irrelevant to the question of his current fitness to manage. It’s like saying that Kevin Spacey is a good actor. So what if many fans, who generally pay as much attention to ethics as I pay attention to fashion shows, want him back? The question for the team is whether it is responsible to bring back a manager who was the proven architect of a major cheating scandal and allowed a lesser one—with the Red Sox—to take place on his watch, not how many fans think re-hiring an ethics corrupter would be just swell…people don’t deserve second chances when there is no reason to trust them.  There is no reason to trust Cora, and lots of reasons not to. He has never sufficiently explained his conduct, nor indicated that he is properly remorseful. Moreover, he had his second chance: after leading the Houston Astros into unethical and unsportsmanlike behavior in 2017, Cora had a second chance managing the Boston Red Sox in 2018 and 2019, and Boston had a cheating scandal….

Bringing Alex Cora back as manager is a symbolic organizational rejection of ethics by the Boston Red Sox organization.

I don’t know if I can forgive that.