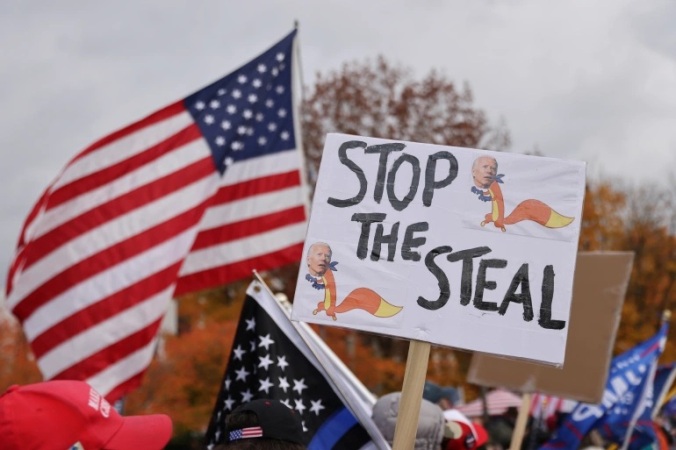 The Fruit of the Poisonous Tree is a century-old legal doctrine that extends the exclusionary rule to make evidence inadmissible in court if it was discovered as a result of illegally obtained information or evidence. If the evidence”tree” is “poisoned,” so is its “fruit.” The doctrine was established in the 1920 case of Silverthorne Lumber Co. v. United States; Justice Felix Frankfurter gets credit for the metaphor from his 1939 opinion in Nardone v. United States.

There are three exceptions to the rule. The evidence will not be excluded if it was discovered from a source unrelated to the illegal activity, if its discovery was inevitable, or if the connection between the illegal activity and the discovery of the evidence is weak. The most famous example of the doctrine in action is probably “Dirty Harry,” where a mad serial killer is set free because detective Harry Callahan locates where the maniac had buried a girl alive by torturing him until he revealed the information..

The “fruit of the poisonous tree” analogy has turned up in the Ethics Alarms comments and elsewhere on the web regarding a possible application to voter fraud in the 2020 election. The theory: even if enough votes in a particular state can’t be conclusively shown to have been fraudulent to change that state’s winner in the Presidential election, substantial proof of cheating by the party prevailing in that states’ voting ought to invalidate the result, since the vote total itself was the result of cheating, and the entire election is “poisoned.”

There is a lot wrong with the theory and the analogy, both from a legal and an ethical perspective.

1. The doctrine itself, like the exclusionary rule, is still very controversial. It is pure utilitarianism; some would say (like Dirty Harry and the film’s conservative director Don Siegel) extreme and stupid utilitarianism. The rules exist to keep police in line when they are tempted to bend the law and violate the civil rights of suspects, but letting guilty and sometimes dangerous individuals escape accountability for their crimes is a high price for society to pay. Why not punish the law enforcement personnel directly with dismissal, fines or even imprisonment, rather than allow the criminals to benefit?

2. How much voter fraud would be enough to trigger the penalty? A thousand fraudulent votes? One? Or would clear evidence that a party engaged in an organized conspiracy to “rig” the election be enough, even if a) the number of votes affected couldn’t be proven, or b) even if the party’s candidate would have won anyway, or c) even if the evidence of fraud was strong but not 100% certain?

3. What would happen if the evidence of widespread voter fraud was obtained by illegal means, when, say, Dirty Harry tortured the state chair of the Democratic Party who finally said, “All right! Here’s the combination to my safe! The whole plan and all the contracts are right there!” Presumably the criminal Fruit of the Poisonous Tree doctrine would prevent the electoral Fruit of the Poisonous Tree doctrine from operating.

4. The better analogy would be how we treat cheating in other contexts. A company bidding on a contract that cheats to discover the other bids is disqualified even if it would have won the contract without cheating. A student who cheats on her exam flunks even if she would have passed had she not cheated.

5. In sports, however, the handling of cheating is inconsistent. College football and basketball teams can lose their titles if they cheat, even if the cheating didn’t demonstrably affect any games. But the Houston Astros cheated to win their 2017 World Championship in Major League Baseball, pretty much from the start of the season through to the World Series. The team was punished, but the results stand. Barry Bonds broke several long-standing records while benefiting from banned performance enhancing substances, yet his records are still in the books.

The voting fraud dilemma is ethically unsolvable after the fact. Taking away a Presidency as a punitive measure is not only impractical, it is dangerous, no matter how one tries to justify it. Unless it can be unequivocally demonstrated that fraudulently cast or counted votes caused the real winner of the election to lose, the result, no matter how egregious the cheating may have been, must stand. Punish the perpetrators, ban them from politics, fine them, lock them up; the one punishment that is out of reach is to forfeit the election.

It’s worse than that, too. This isn’t a sports championship or a college exam; it is national power. There is no legally acceptable punishment for cheating to gain the benefits of political power on the scale the Presidency wields that is a sufficient disincentive. If there is a way to cheat to win the Presidency, political parties will attempt it.

The only remedy, and it is an incomplete one, is to thoroughly investigate whether and what cheating has occurred, gain public acceptance that it does occur, and take strong measures to make cheating more difficult the next time. Punish proven conspirators and perpetrators, but disqualifying an election winner whose victory was “fruit of the poisonous tree” is neither realistic nor wise.