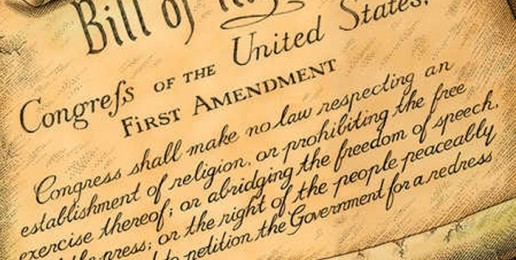 “It is time—past time—to make plain that, while the pandemic poses many grave challenges, there is no world in which the Constitution tolerates color-coded executive edicts that reopen liquor stores and bike shops but shutter churches, synagogues, and mosques.”

That is the final line of  Justice Gorsuch’s concurring opinion to the SCOTUS majority’s per curiam ruling, released last night,  in favor of New York Roman Catholic and Orthodox Jewish groups that sued over the state’s limited religious service attendance rules in response to the Wuhan virus.

The majority’s ruling concludes in part,

Members of this Court are not public health experts, and we should respect the judgment of those with special expertise and responsibility in this area. But even in a pandemic,the Constitution cannot be put away and forgotten. The restrictions at issue here, by effectively barring many from attending religious services, strike at the very heart of the First Amendment’s guarantee of religious liberty.

The emerging new Left no longer regards religious liberty as a big deal—ironic, since today we celebrate the group of religious expatriates who helped found our nation to escape religious persecution. The entire opinion, the concurring opinions of Justices Kavanaugh and Gorsuch, and the dissenting opinions of Chief Justice Roberts, Sotomayor and Breyer (Roberts argues that the case is moot) can be read here.

There can no longer be any reasonable doubt that President Trump’s Supreme Court nominations have provided the nation and its citizens with crucial protection  from a furious assault on its core rights by the suddenly “ends justify the means” obsessed Left. State and city government resorting to arbitrary edicts during the pandemic is but a preface to what is coming over the next four years.

If for nothing else, Americans who cherish the liberty that makes the nation unique and the hope of the world should give thanks this day for President Trump, and the Supreme Court he has left as his legacy.

20 thoughts on “Ethics Quote Of The Month: Justice Neil Gorsuch”