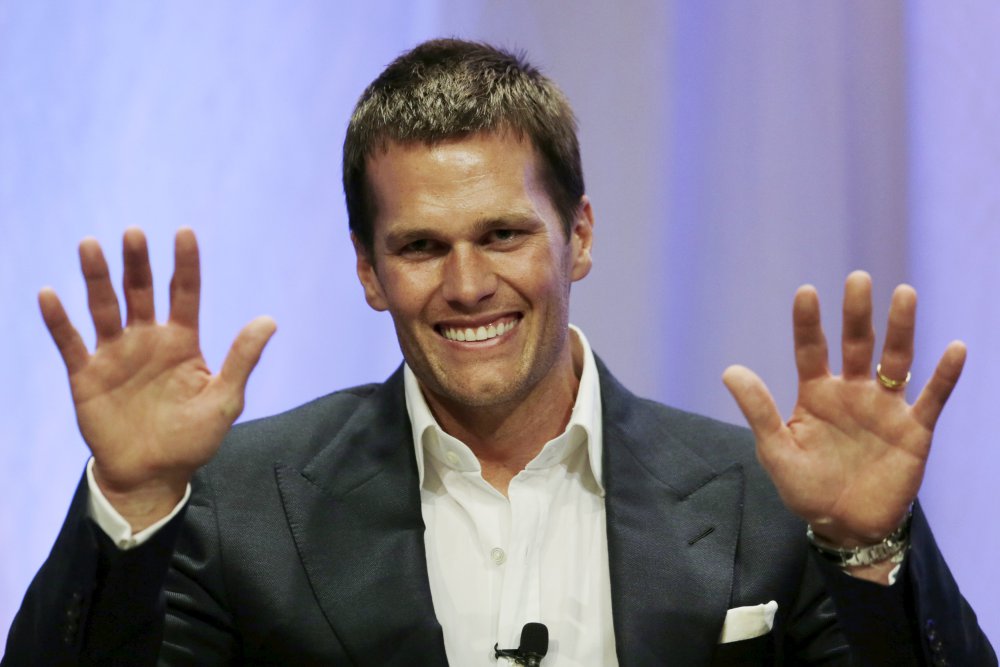 I apologize for the vulgarity, but the only way for the obnoxious and unethical attitude highlighted in the op-ed by America’s most insubstantial paper’s smugly woke female sportswriter is to make it clear to all just how indefensible such positions are, and how irresponsible it is to keep publishing them. Let her go write a fringe blog that nobody will read.

In the excruciating op-ed for the paper, Armour begins,

Tom Brady was happy to talk politics until he wasn’t.The Make America Great Again hat in his locker, the flippant endorsement of then-presidential candidate Donald Trump. Only when those ties became inconvenient did Brady decide he wanted to “stick to sports,” and that he preferred to be a beacon of positivity rather than delve into society’s thorny ills. How mighty white of him. Brady’s ability to enter and exit the debate at his choosing, to shield himself from accountability, is the height of white privilege.

1. Nobody has an obligation to talk about politics or their preferences ever. Ever. The less celebrities like Brady do it, the better.

2. Despite the AUC’s thirst for revenge and the sick need to “punish” those who had the audacity to support the elected President of the United States rather than to savage him daily and try to drive him from office, Tom Brady has no “accountability” for choosing to publicly support Trump while he was running for office or when he was under siege while in office. Unethical journalists like Armour, however, have a great deal of accountability for dividing the country and weakening our democratic institutions, including the press, out of sheer hatred and arrogance.

3. The “ties’ are only “inconvenient” because totalitarian-leaning creeps like Armour are determined to purge non-conforming Americans from society if they don’t fall into line with their progressive betters.

4. Brady has a Super Bowl to win; it is not only fair for him to decree that he won’t be discussing politics now, it is prudent, and it is the usual practice in his profession.

5. It is not “white privilege” to decide where and when to dive into politics. Such race-baiting is the mark of an asshole. If Tom had more wit and audacity—I am so far from being a Tom Brady admirer that I get vertigo thinking about it—he would ask Armour in return,

“OK, why don’t you go first. How do you, as a woman and feminist, justify supporting an accused rapist and proven sexual harasser like Joe Biden? Did you agree with the case made by Democrats against Justice Kavanaugh? How can you admit that, and still defend voting for Biden? What is it, besides her skin shade and chromosomes, that makes Kamala Harris qualified to be Vice-President? She encouraged and approved of month long riots in many American cities. Are you ready to explain why this didn’t trouble you, but the President’s encouraging of supporters to protest peacefully does? How do you defend your profession’s total abdiaction of objectivity, as in its peddling of the Russian collusion conspiracy theory? Did you think that your profession’s campaign coverage was even handed? Really? REALLY?”

The rest of her screed disqualifies her as a credible journalist and makes it clear that she is just a Trump-hating hack with a grudge and a press pass. She quotes “Hall of Famer” Shannon Sharpe—it isn’t the political theory hall of fame—as saying, fatuously, “LeBron James can never say, a prominent Black athlete can never say, ‘Minister Farrakhan is just my friend.’ They’d try to cancel anybody with the just mere mention of Mister Farrakhan’s name.”

As clearly indicated in this post, Shannon Sharpe is another race-baiting creep, but comparing support for white -racist, anti-Semitic Farrakhan (whom Sharpe honors by referring to him as “Mister Farrakhan,” and President Trump is all you need to know about his bias and intellect, just as the fact that Armour writes “Sharpe is right” is all we need to know about her. But she is kind enough to make it all crystal clear with this:

Yet no one has asked Brady about the insurrection at the U.S. Capitol, even though almost all of those who attempted the violent overthrow of our government were white, just as he is, and were incited by the man Brady has described as his friend.

Again, the only way to minimize such outrageously inflammatory opinion pieces and the misinformation and ethics rot they carry is to publicly expose the writers for the biased, untrustworthy, and antidemocratic scum they are. In its imprudent and unwarranted giddiness over acquiring a Presidency for a candidate who is an unworthy as he is risky, the Left has thrown all caution to the breezes because they are sure they can get away with it. Armour’s attack on Brady proves what a miserable human being she is, and she should be labeled as such.

If metaphorically tattooing “ASSHOLE” on her face is too vulgar for you, I am open to another label.

For the nonce, it will have to do.