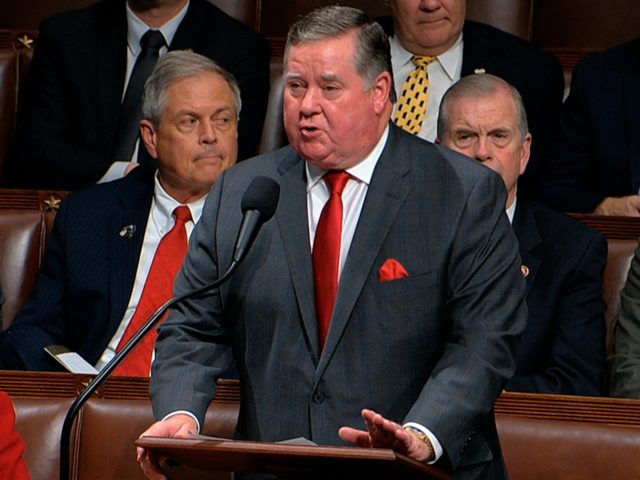 This goes right into my rapidly growing “What an idiot!” file.

A $1.9 billion Capitol security spending bill passed the House by a single vote, 213-212 last week because Rep. Calvert, a Republican who had the proxy of Rep. John Carter (R-TX), presumably so he could vote the same way for Carter that he voted himself, didn’t cast Carter’s vote. Calvert, like most Republicans, voted against the Democrat-supported bill, deemed necessary because 300 jerks mobbed the Capitol on January 6 and the Capitol police “stood down” until it was too late to block them. If Calvert had cast two votes rather than just his one, the bill would have failed: ties go to the opposition in the House. Carter’s letter granting authority to his colleague to cast his vote by proxy was submitted to the House clerk and accepted.

So what was Calvert’s explanation for why he didn’t cast Carter’s vote and defeat the bill?

He forgot! Congress members don’t have that much to do, you know: this isn’t a job requiring geniuses. Just look at some—most?—of those serving. One basic task is voting for or against bills. It’s a pretty simple process. As we know, most of the time, the members don’t even bother to read what they are voting for.

Forgetting to vote for or against any bill is inexcusable, indeed legislative malpractice. You don’t even have to get to the question of whether it was a good bill or a bad one: I haven’t read this bill, and it doesn’t matter. Calvert and Carter both wanted the bill defeated, and Calvert just “forgot” to do his job.

Spare me the rationalizations: no member of Congress should “forget” to vote, even once. A Representative who forgets to vote should just resign and become a beachcomber. Is it any wonder why the National Debt is out of control and inflation looms? We have members of Congress who don’t think a bill that will cost almost two billion dollars is important enough to remember to cast a vote against it.

As an aside, Breitbart, which also had a link to the story, told readers that it was a 1.9 TRILLION dollar bill. Ah, billion, trillion, what’s the difference?