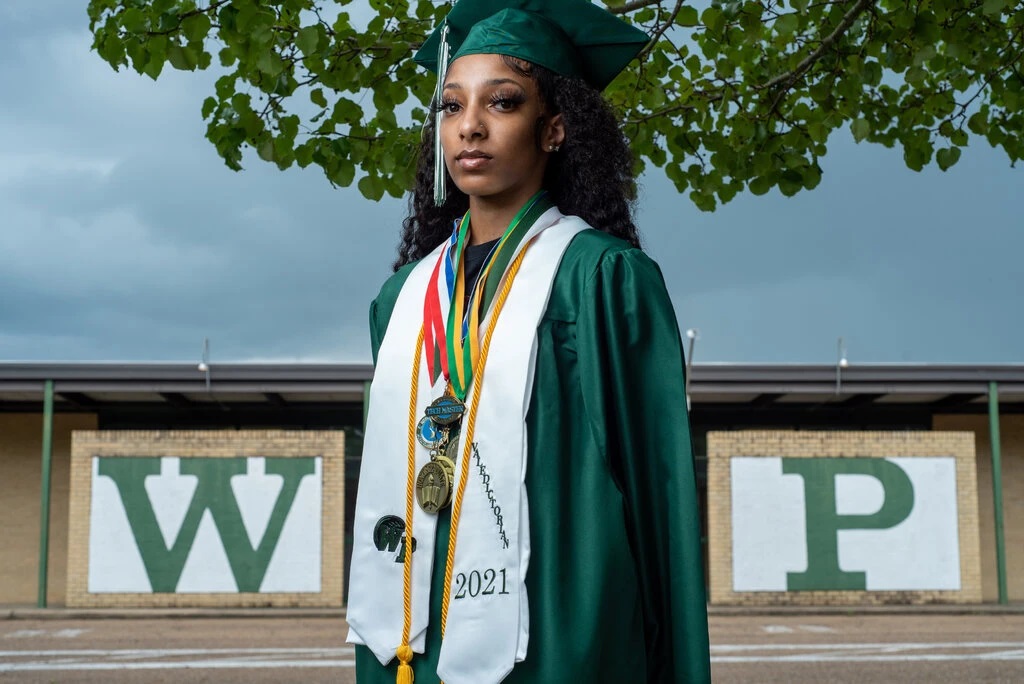 Who are the ethics villains, heroes, fools and otherwise in the West Point High School graduation honors debacle?

Number One, and nothing else is even close: If society were capable of looking at human beings as human beings and not as members of teams, groups and tribes, this would have still been a mess, but a much less toxic one. There are groups, political parties, activists, irresponsible scholars and race-hucksters of all kinds who benefit and profit by dividing the United States along racial fault-lines, and they will do it for as long as they can, no matter what harm it does to the nation, families, individuals, institutions, values and the enjoyment of life. This is an example of what we have to dread in greater frequency and damage if we don’t find a way to stifle these villains, for that is what they are.

Related to this are accounts that the president of the local NAACP was elated. This isn’t a team sport: two young women were honored for their achievements, not their race. If it would be offensive for a local group to express pleasure that two white students received an honor, it is equally obnoxious and inappropriate for the NAACP to be making racial comments.

2 If the school counselor was really the culprit who used the wrong standard, he or she needs to go. Yes, the whole school is responsible, including the principal, but if ever a scapegoat was called for, however, this is it. Because of the predictable chain reaction, it was an inexcusable mistake. In Mississippi? In a predominantly black student body? The ethics alarms should have been ringing at ear-splitting volume before the grade calculations ever started. Quite simply, this was a mistake that must not be made.

3. Suspicions that race was a factor in using the wrong standard are inevitable at a time when so many standards are being attacked, eliminated or changed for not yielding the “right” results by the measure of “equity and diversity.” The fact that two black students were elevated above the white ones by the “mistaken” use of the wrong standard under the rules and tradition could have been a coincidence, but the white parents, and objective critics, have every reason to wonder, just as the black parents have every reason to suspect racial bias when the value of their children’s honor was cut in half to satisfy two white families.

4. Whatever sadistic Being playing dice with the universe who came up with this plot allowed the school superintendent to be black deserves a thank-you prayer or a sacrificed chicken or something. Heck, imagine if the two students originally named had been white, and the unjustly snubbed students had been black, with the counselor and school administrators all white. Making race a factor in hiring and promotions is unethical, but there is no denying that “diversity” can be mighty useful in a pinch. This was a big pinch.

5. Ethics kudos also to the school superintendent for taking responsibility, though he was hardly at fault.

6. When the parents of the white students objected and it was found that indeed their kids should have been the valedictorian and the salutatorian, the only option was to double the honors. That was, at that point, competent, fair and responsible.

7. Emma Berry’s mother is an Ethics Villain for posting what she did on social media, featuring only the white students and labeling them as the valedictorian and salutatorian. Mistake?Stupidity? It certainly looked malicious.

8. I know why the school authorities decided not to tell Ikeria Washington’s (above) and Layla Temple’s parents that there had been a mistake and that they were now sharing the top class honors with two more students until right before graduation. They decided that the fait accompli approach when it was too late for lawsuits, injunctions, protests and politician grandstanding would at least allow the graduation to go forward. They sure knew that delaying disclosure might make the ultimate uproar worse, but that at least the ceremony wouldn’t be disrupted.

It was a utilitarian solution to an ethical dilemma. I won’t say they were wrong, but I would have told the black parents immediately.

9. Layla Temple beginning her speech by announcing that she was the “true salutatorian” can be forgiven of a high school senior, but her family and the school should have cautioned her against inflammatory statements like that as risking making a bad situation worse. Maybe they did warn her; if so, she should be punished. “Don’t be an asshole” is a valuable lesson.

10. Next to the obsession with race in all things, the other cultural malady at work here is the irrational infatuation with grades, honors, and celebrity. The latter is especially absurd since grades are so often arbitrary and schools lack rigor anyway. My parents never made a big deal about my grades at any level, and I couldn’t have cared less what my grade point average or rank in my senior class was….and I had the same attitude in law school, when we were told that if we didn’t “make journal,” we would end up on skid row.

Finally, the latest ethics villains are the news media, because that’s who they are, and what they do. Here is atypical headline from The Hill: “White parents claim calculation error after two Black students get high school’s top honors”

No, there WAS a calculation error, and the parents of the two students who were harmed by the error appropriately worked to fix the problem. The episode should have had nothing to do with race.

But the news media will make sure that bey the time it is finished, that’s all it will be about.