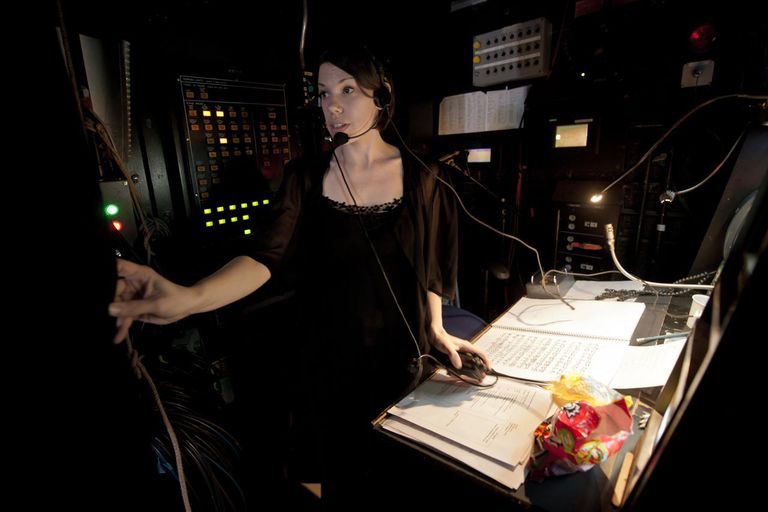 A study published by the Actors’ Equity Association, the union for both actors and stage managers, revealed that between 2016 and 2019, 76% of stage managers employed on theatrical productions across the country were white. Only 2.63% were Black. Does that mean there is “systemic racism” in the theater world?

Absent a thorough analysis of the path by which individuals enter the field of stage management across the country, there is no justification for concluding that. I assume that the main factors are economic. Theater is an economically impossible pursuit. Those who go into it as a profession are often able to do so because they have financial resources from family or elsewhere that allows them that freedom. African Americans are less likely to have family wealth to support them, and performing has a greater potential for achieving wealth than the behind-the-scenes role of stage manager. As for the performers who, as an actor friend once put it, become actors because they aren’t good at anything else, they are not likely candidates for stage management because stage managers, like any other kind of managers, have to be smart. The theater is, in general, not a profession teeming with smart people. If you are smart, you choose a profession that isn’t financially unsustainable.

One issue that the “systemic racism” advocates can’t seem to get their story straight about is the question of how race effects staff and management relations. In a healthy culture, there is no reason why a black stage manager couldn’t successfully oversee a predominantly white cast in a production, or the reverse. However, the racial distrust that the current “antiracism” rhetoric and policies engender almost guarantee conflict in a modern cast where there is racial diversity. Take it from the director of over 200 shows of all sizes and budgets, one thing no production needs is conflict.

Are black stage managers more likely to find racial grievances in a production environment? I don’t know. I wouldn’t be shocked if that was the case, but I will say this: I wouldn’t hire any stage manager of any shade who had a reputation for stirring up controversies. Stage managers exist to solve problems, and to make everything run smoothly. A social justice warrior stage manager? Not on my show.

A factor that is probably at work in keeping down the number of black stage managers is the basic and immutable logic of artistic team building. Successful and experienced producers and directors accumulate a group of people over the course of their work that they enjoy working with and who they believe contribute to their success. They will, in new projects, try to work with those same people. There is nothing wrong or unethical about that. But black directors and producers tend to have regular teams that reflect their social and professional circles, and white directors and producers are the same. Is this racism? I would call it “human nature” or “life.” And the more members of your team that you have no prior experience with, the greater the risk to your production. If I’m taking artistic risks, and I do, I want to minimize organizational risks.

In an article about efforts to make the stage manager position more diverse, veteran professional stage manager Lisa Porter, who is also a professor of stage management at the University of California at San Diego, is quoted as saying, “A stage manager is like a conductor. We conduct the tempo and the tone of rehearsals throughout the entire process. That’s why I believe fluency around antiracism is so important.”

I believe her last sentence is a non-sequitur. I don’t want racists in my cast and crew, nor do I want the issue of race interfering with any aspect of the production. Indeed, any political agenda unrelated to the playwright’s work is unwelcome in a competent stage production. I want the best, most talented artists I can find, and I don’t care about any of their personal opinions or characteristics, as long as they can contribute to the success of the project. “Fluency around antiracism,” whatever that jargon is supposed to mean (if anything), isn’t merely not a priority, it’s not on my list at all.

The article is rife with the presumption of racism that has caused much of the accelerating rot in civic discourse. “When Black stage managers do get hired, it can be difficult for them to make their voices heard,” the article informs us. “After graduating with an MFA in stage management from the Columbia University School of the Arts, R. Christopher Maxwell was hired to work on the acclaimed Broadway production of “Oklahoma!” But instead of being put on the stage management team, he was hired as a production assistant, a lower position in the hierarchy.”

“I didn’t have a voice in the room,” Maxwell told the author, who writes,

“Even on shows where he has been a more prominent part of the production, Maxwell said he has struggled to get others to listen to him. On one show, he said he tried to explain to a white production manager that the dancers in the chorus had to wear a certain kind of shoe that matched their skin tone. ‘They didn’t listen and bought the wrong kind of shoes,’ he said.”

The article’s contributors presume racism without ever citing real evidence. “After George Floyd, people were able to see the disparity in how people of color are treated,” says Lisa Dawn Cave, a black stage manager. “It’s not that people didn’t take it seriously, it’s that they didn’t see it as widely as they thought, or they’d say, ‘Yes, it’s happening, but we hired one person of color on the team so it’s fine.’” That’s the level of analysis in the entire article. Those dots don’t connect: a rogue Minnesota cop engages in police brutality against an arrested felon with no indication that race played a part, and this leads to a realization that black stage managers are being systemically discriminated against? Admittedly, this is not atypical of the logic of the entire “antiracism” propaganda effort, but it should be self-evidently nonsense.

We are then told about efforts to increase the number of black stage mangers in the “pipeline,” which tells me that that my suspicions are correct that the lack of black stage managers at the professional level reflects a dearth of blacks going into the stage management field. And if that is the case, so what? Why does stage management, or any field anywhere, have to match a demographic quota? If there are programs now encouraging African Americans to become stage managers and facilitating their efforts, wonderful. I’m completely supportive, but because the theater needs as many good stage managers as possible, not because I see any systemic effort to exclude blacks.

Finally, the case for “diversifying stage management” deteriorates into familiar talking points and cant. “It makes you realize that of course there are great black stage managers,” says a veteran white stage manager. “We just don’t know them because we haven’t been in the same circles, and because of our circumstances and our privilege.” Oh. Our “privilege.” Another problem with theatrical politics is that artists always work in a left-of-center-bubble where progressive narratives are assumed to be sacrosanct. We also hear a teaching stage manager say that she had “unconsciously and complicity upheld white supremacy culture within the production process.” Her example of a white supremacy cultural norm in theater? Perfectionism.

I call that contention “systemic racism.”