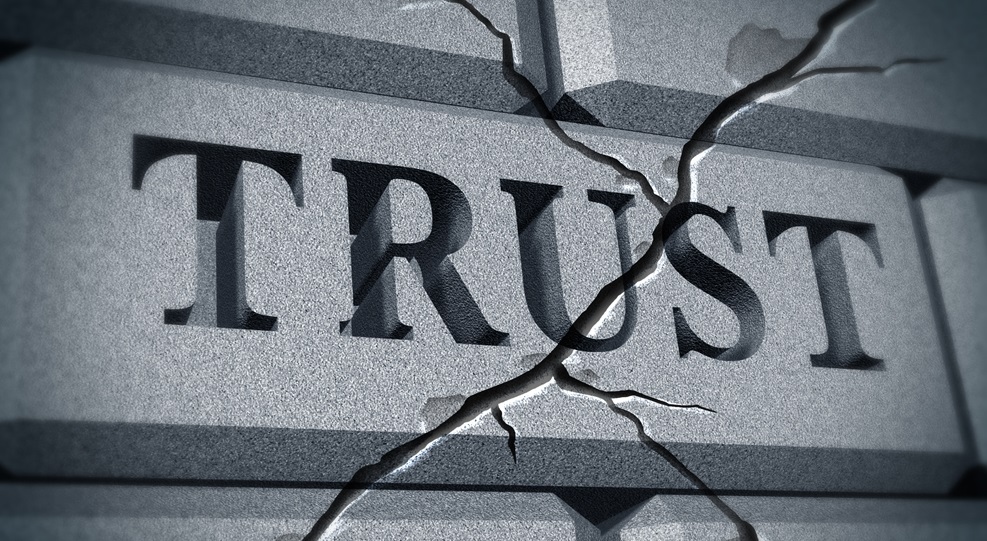 Gallup has another of its yearly trust polls out, this one covering institutions. It should surprise no one that virtually every institution covered showed a decline in public trust. This is a long-term trend, and for a democracy, an existential threat that our leaders in all of those institutions have not been taking sufficiently seriously. The one surprise in the survey is that the only institution that showed a rise in public trust since last year: the police!

I am thrilled to see trust in the public schools crashing. Most of the drops in trust levels are small enough to be shrugged off, although a 1% drop when you only had 12% trust to begin with—that’s Congress—could be significant. I suppose one could quibble that Gallup’s term, “confidence,” is different from “trust.” I don’t see the distinction: I don’t trust people and things I have no confidence in, and I have no confidence in those I can’t trust.

Now look at how the scores broke down by levels of “confidence” and over time. Since it’s a long way to the end, a couple of observations at the front (you will have more, I’m sure: