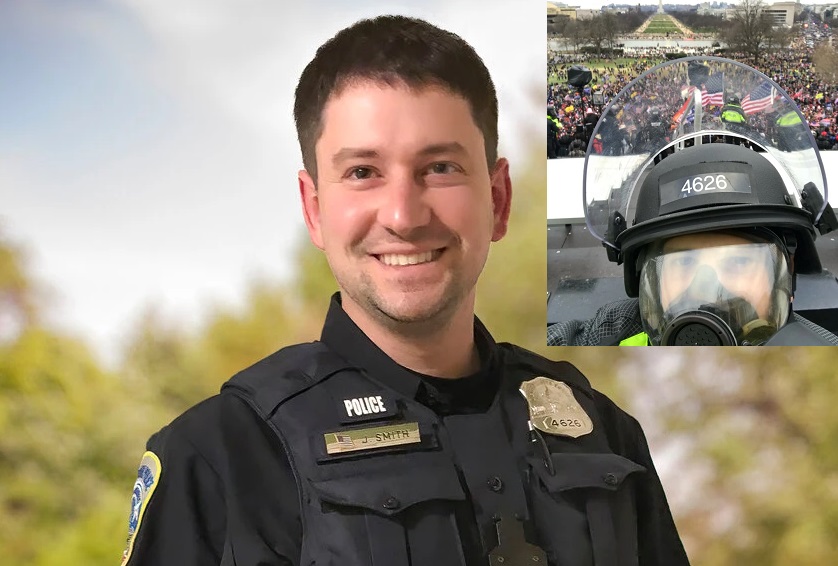 Ethics zugzwang is a term used on Ethics Alarms to describe situations where there are no ethical options, only unethical ones The origin is the world of chess, which uses the German word zugzwang to indicate a game position in which a player is safe from checkmate as long as he or she doesn’t move. But of course, a player has to do something; time cannot be stopped in place. In ethics zugzwang, and resolution is a bad one.

The current controversy over the suicide of Jeffrey Smith, a D. C. Metropolitan Police Department police officer who confronted the mob in the Capitol on January 6 and shot himself nine days later, is a perfect example of ethics zugzwang in our ugly political environment. Smith’s widow Erin is convinced that his death was caused by the riot, she says, and will petition the Police and Firefighters’ Retirement and Relief Board to designate her husband’s suicide as a death in the line of duty. “When my husband left for work that day, he was the Jeff that I knew,” Ms. Smith said in an interview. “When he returned after experiencing the event, being hit in the head, he was a completely different person. I do believe if he did not go to work that day, he would be here and we would not be having this conversation.” Of course, she is welcome to believe whatever she chooses. Having her husband’s death ruled as occurring in the line of duty also carries with it substantial financial benefits. Confirmation bias is unavoidable.

The facts are that very little is known about what Officer Smith experienced on January 6. He was injured, but to what extent is undetermined. Some of his behavior after the riot is consistent with post traumatic stress syndrome, but that was never diagnosed. Correlation isn’t causation, and post hoc ergo propter hoc — “after this and therefore because of this”—is an ancient logical fallacy.

Naturally Speaker of the House Nancy Pelosi wants Smith and the other officer who killed himself after the Capitol riot, Howard S. Liebengood of the Capitol Police, to be regarded as a victim of the event. She mentioned both officers in her bill to grant the Congressional Gold Medal to the officers who responded on the sixth, and said that the arguments raised by Officer Leibengood’s widow were “well-founded.” But her party is determined to show that the rioting killed someone other than one of the demonstrators, whose shooting by an officer whose mane has still not been officially released remains the only verified death that can be directly attributed to the event. During the “snap impeachment” trial of former President Trump,false evidence was presented by the Democratic House prosecutors of another officer’s alleged death from injuries sustained in the riot. Meanwhile, the controversy over Smith’s suicide is arising while the House is engaging in political theater, as a rigged inquiry investigates the riot with a predetermined conclusion already mapped out. The intention is to prove that the riot was an “insurrection,” and to make certain that Donald Trump is perceived by the public as having metaphorical blood on his hands. What Erin Smith deserves and how such suicides should be regarded cannot be separated from a partisan agenda.

Some authorities believe police officers have a 50% greater risk of suicide than the general population, in part because of their frequent exposure to trauma, though other factors are at work as well. More police officers may kill themselves each year than are killed on the job. Nevertheless, assuming that a cop suicide was caused by the job without direct evidence is an emotional decision rather than a rational one, and ultimately irresponsible, creating a double standard. Making that assumption with the decision polluted by animus against Donald Trump is unethical, while creating a lesser standard for awarding benefits to police who died after the January 6 riot while officers who killed themselves after other traumatic experiences related to their duties is obviously unjust.

The families of the officers have conflicts of interest, and so do their political allies as well as those opposing their benefits. A reliably ethical result is now impossible.

14 thoughts on “The Suicide Of Officer Smith And Ethics Zugzwang”