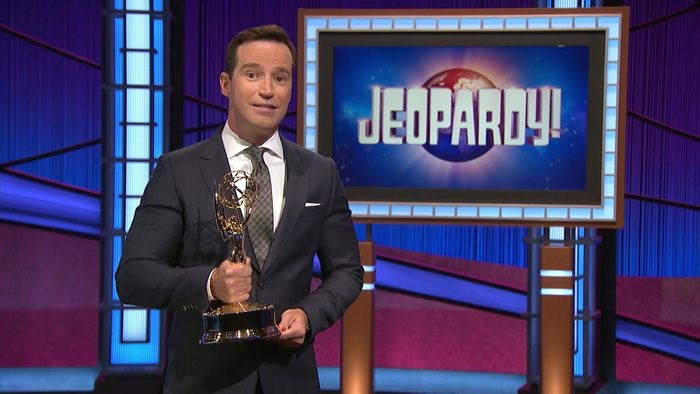 If you need another bit of evidence about how social media wastes our time—and why would you?—consider the uproar over the search for a replacement for Alex Trebek. The original “Jeopardy!” host, Art Fleming, was popular too, and he hung around for 11 years. That was sufficiently long to be briefly legendary; the “Jeopardy!” announcer, Don Pardo, was familiar enough that Saturday Night Live! used him and his unique voice as a running joke for decades. But when Fleming retired, there was no controversy over his replacement, because, seriously, who cares who reads the questions and answers in a quiz show, unless they have a speech impediment or sexually harass the contestants, like Richard Dawson on “Family Feud”? But in the Age of The Great Stupid, everything is a big deal.

After months of celebrity tryouts, kind of like Presidential primary debates, “Jeopardy!” has finally chosen two replacements for the late Alex Trebek. The actress formerly known as “Blossom” and later as Sheldon’s girlfriend on “Big Bang Theory,” Mayim Bialik, will host the prime time version and its spinoffs. Can’t wait for those spin-offs! Bialik is legitimately smart and knowledgeable, and not just compared to other performers: she has a PhD in neuroscience from UCLA. She also, like most successful TV actors, projects a likable personality. And, of course, she’s a woman. I assumed a black host would be found, but Steve Harvey’s already taken.

The kerfuffle is over Trebek’s replacement for the main, daily syndicated edition, which has been around since 1984. The show’s current executive producer, Mike Richards got the job. Richards was not one of the more popular auditioners, but he had one thing the rest didn’t have: the power to choose who got hired. He thought, and thought, and chose…himself! This suggests that the process was rigged.

Richards had an obvious conflict of interest, and picking himself for the job that was supposedly the object of a fair competition was unethical. Several observers have compared the situation to when Dick Cheney chaired the committee to pick the best VP candidate to run with George W. Bush, and the committee chose Dick Cheney. Sure, Cheney was a better choice than, say, Dan Quayle, Joe Biden or Kamala Harris, but still. To be fair, it was transparent of Cheney to let everyone know the condition of his ethics alarms: DEAD.

But I digress. The conflict of interest isn’t the only problem with Richards. The Hollywood Reporter reports that Brandi Cochran filed a discrimination lawsuit against CBS and FremantleMedia in 2010, alleging that after taking time off for her pregnancy, Cochran wasn’t invited to return to “The Price is Right,” where she had worked as a model. Richards then produced that show. The case was eventually settled. It’s pretty cynical to choose a woman to host “Jeopardy!” and accept the accolades for a historic selection while simultaneously choosing another white guy with feminist controversies in his closet.

But wait! There’s more… The Hollywood Reporter also wrote about the nauseating text of a memo Richards sent to “Jeopardy!” staff after reports of his front-runner status as the new host and the old discrimination lawsuit made the news. In the memo, Richards wrote:

“I want to address the complicated employment issues raised in the press during my time at “The Price is Right” ten years ago. These were allegations made in employment disputes against the show. I want you all to know that the way in which my comments and actions have been characterized in these complaints does not reflect the reality of who I am or how we worked together on “The Price is Right.” I know firsthand how special it is to be a parent. It is the most important thing in the world to me. I would not say anything to disrespect anyone’s pregnancy and have always supported my colleagues on their parenting journeys.”

Yecchh. “That’s not who I am” is one of the slimiest of all ethics dodges, and signature significance, in my view, for someone who can’t be trusted to, as just one example, avoid flagrant conflicts of interest.

The answer is: “The unethical choice to host ‘Jeopardy!’?”

14 thoughts on “The Category Is “Jeopardy Ethics”! And The Question Is: “Who Is Mike Richards?””