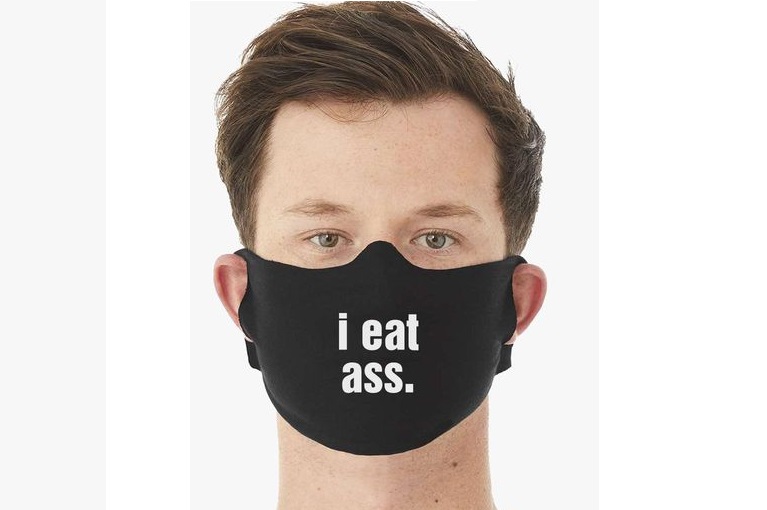 A policeman’s lot is not a happy one, and qualified immunity, the doctrine that exists to shield officers and other state officials from liability when they commit torts in the course of their duties, is under fire because of its role in blocking accountability for cops who engage in police brutality. But without qualified immunity, policing would become even more perilous than it already is.

Take the “I Eat Ass” controversy.

In Florida, jerk Dillon Shane Webb had a sticker on his vehicle that boasted “I Eat Ass.” (Some may disagree, but Ethics Alarms regards public display of that legend signature significance, as a non-jerk would never do it. Not even once). Columbia County Sheriff’s Deputy Travis English pulled Webb over in May of 2019 and demanded that he cover up the message. Webb refused, and he was subsequently arrested and jailed for “obscene writing on vehicles” and “resisting an officer without violence,” because he had refused to obscure the sticker. Reason, the libertarian cite that is usually more reasonable, wrote that Officer English “took exception” to “I Eat Ass.” No, the officer was under the impression that the display violated Fla. Stat. § 847.011(2), which prohibits “any sticker, decal, emblem or other device attached to a motor vehicle containing obscene descriptions, photographs, or depictions.”

That law is unconstitutional. Eugene Volokh, famed professor of law at the University of California at Berkeley, has concluded “This entire provision is therefore unconstitutionally overbroad and thus invalid on its face, and thus can’t be applied even to possession of obscenity in public,” he says, but it is not a police officer’s job to decide that. Assuming, as he must, that the law is legitimate, English’s job as a law enforcement officer is to act when he believes the law is being violated.

The charges against Webb were dropped after the State Attorney’s Office concluded that Prof. Volokh was right, but Webb sued English for allegedly violating his right to free speech and for falsely arresting him. However, the U.S. District Court for the Middle District of Florida ruled yesterday that English was entitled to qualified immunity, using the standard that qualified immunity is appropriate when a specific violation of a citizens’ rights has not been explicitly ruled unconstitutional in a prior court decision. The logic for the standard is basic fairness, as in this case. An officer is bound by court decisions, but it is unfair to hold him responsible for making close calls or deciding that a law on the books shouldn’t be enforced.

Reason’s analysis lists a parade of horribles, past examples of outrageous conduct by police that escaped punitive consequences because of qualified immunity:

“Though it was supposed to shield government officials only from silly lawsuits, it has instead shielded them from ones with merit, including the more than two-dozen cops who blew up an innocent man’s home during a botched SWAT raid on the wrong residence, a cop who conducted an illegal search and ruined a man’s car in the process, cops who allegedly stole hundreds of thousands of dollars, and cops who arrested a man on bogus charges after attacking him outside his house.”

OK, but stopping and arresting a driver with “I Eat Ass” on his vehicle for all to see when a law appears to make that police action justifiable isn’t in the “horrible” category. Blame the law, but not English.

Bingo. In this case, qualified immunity is fairly applied, though I admit that my bias against jerks who think it’s funny to inflict the eyes of others on the road with uncivil words and images might be influencing my judgment.

A tangential note: As Dr. Seuss said, “Oh, the places you’ll go” researching ethics posts. You would be amazed—and horrified—how many ways to display the charming announcement “I Eat Ass” are available for purchase on the web, not to be confused with ass-eater Dillon Webb. Stickers, window decals,T-shirts, masks, mugs, flags. All hilarious, of course.

Is this a great country, or what?

13 thoughts on “In Florida, “I Eat Ass” And A Qualified Immunity Ethics Conundrum”